A significant increase in the sale of counterfeit alcohol is a major threat to public health. Scientists and entrepreneurs are rushing to create tools that, in future, will tell if your New Year tipple has been tainted. 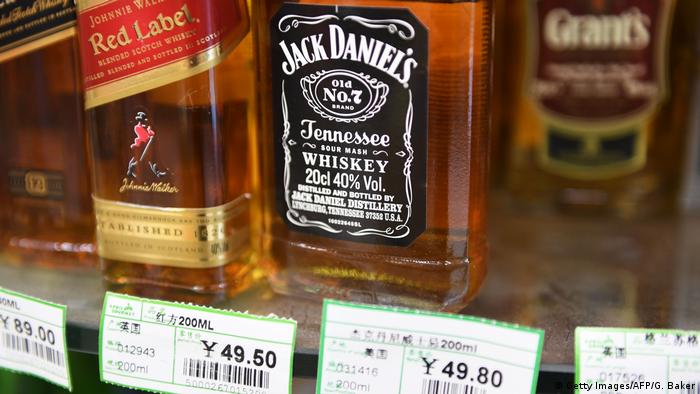 Millions of people around the world will unwittingly consume counterfeit or adulterated alcohol over the New Year holiday, as criminal gangs seek to boost their wealth through the sale of fake booze. Health and law enforcement agencies have reported a rapid rise in the production of bootleg alcohol over the past decade, in part due to unprecedented global competition in the food and beverage sector.

The dramatic growth in alcohol consumption in the world's two most-populous nations has only encouraged widespread counterfeiting. In China, where one estimate suggests as much as a third of alcohol is fake, traditional Baijiu (grain liquors), and more recently premium spirits and fine wines are often adulterated. Deaths and hospitalizations from alcohol spiked with cheaper and often toxic alternatives — methanol and battery acid — often hit the headlines in India too.

Counterfeiting is not just an issue in Africa, Mexico, Russia, and other countries with where regulation is lax, and corruption is rife. According to the European Union Intellectual Property Office, the EU sees almost €2.8 billion ($3.2 billion) of lost sales to fake wine and spirits every year — the bloc's biggest agri-food exports.

Device can smell a fake

The threat to public health and the profits of genuine alcohol producers have motivated scientists to devise new ways of testing for bootleg booze, which at present is most often done in professional laboratories. Two US-based researchers recently used a disposable sensor that can sniff out alcohol that has been adulterated or watered down and can, in theory, be used in real-life settings. 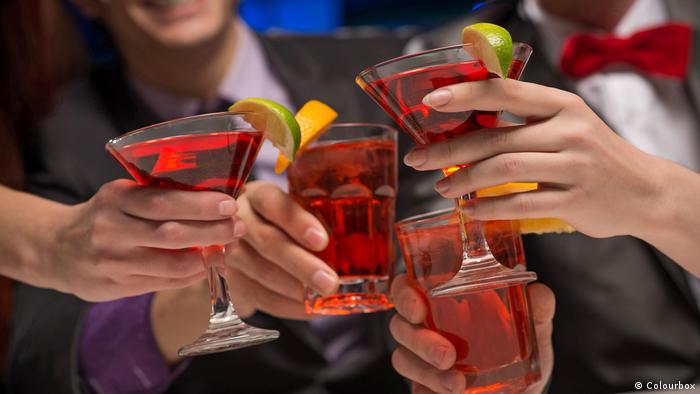 The sensor contains 36 dyes that change color when exposed to specific molecules in the liquor. The scientists, from Western Illinois University, tested several scotch whiskeys, bourbon, rye, brand, and vodka brands, and correctly identified the alcoholic content in each of them with more than 99 percent accuracy. The device could even tell if the water was watered down by just a fraction.

The flaw in the sensor's potential is that it only worked on opened bottles of alcohol. If scientists could devise a test that analyzes the spirit while it is still in the bottle, it could offer far broader benefits to the food and beverage industry.

Around the same time, researchers at Britain's University of Manchester tested a hand-held device developed by the start-up Cobalt Light Systems (since purchased by the US giant Agilent) to examine alcohol products through glass bottles and other concealing surfaces with an extremely high degree of accuracy. The device uses a technique known as spatially offset Raman spectroscopy — the study of matter and light.

One hundred and fifty brands of whiskey, rum, gin, and vodka were tested, out of which, 40 were counterfeit. The team was able to detect the bootleg booze and the varying levels of alcohol in each of the bottles. Even through brown and green glass bottles, the device was able to recognize whether as little as 0.025 percent of methanol had been used to contaminate the product.

"This technique is highly mobile, commercially available, and can measure through-container, negating the need to open bottles to measure the contents inside," said Ellis, who is Senior Experimental Officer at the Manchester Institute of Biotechnology.

The device can potentially be used at all points in the global supply chain, allowing manufacturers, regulators, distributors, collectors of premium spirits and wine, restaurateurs and, in future, the public to test for fake booze.

Read more: Alcohol: One drink a day is one too many, scientists say

Wine, however, is proving to be a more difficult liquid to test, described by Cecilia Muldoon, CEO of the UK-based startup VeriVin, as "looking for a needle in a haystack."

Her new company seeks to boost the quality control of wine production, utilizing technology to monitor its condition over time, and verify its authenticity — again without having to open the bottle.

"The spectrum of wine is dominated by the spectrum of ethanol. So we have to use clever software tricks to weed out what we want and distinguish one spectrum from the next," Muldoon explained. 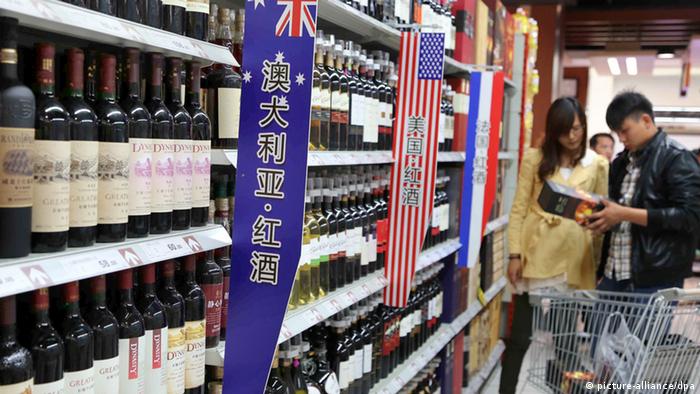 China is now the number one consumer of red wine, but as much as a third of it is thought to be fake

The combination of wine color and bottle color is another obstacle that VeriVin seeks to overcome as the two interfere with each other during the spectroscopy process.

"The bottle acts like a big cylindrical lens that distorts the signal (being measured)" Muldoon explained, while recycled glass is even worse at skewing the analysis.

Test for any fake liquid

Verivin's two Quantum Wine Analyser devices are still at the prototype stage, one for red wines and whiskey, the other for white wines and spirits. But Muldoon says the final products will also be able to detect fakes among other high-value liquids, including olive oil, and even perfumes and injectables.

"We're aiming to eventually make our spectrometers smaller, lighter, more user-friendly and cheaper than what is currently out there," she told DW.

Muldoon thinks the real profits will come from amassing data from the Raman spectroscopy method to analyze liquids, and aims to get all wine producers to scan every bottle of a particular vintage.

"We could eventually have a database of molecular ID tags that could be used for authentication purposes or to track the process of wine over time," she added.

Berlin and Beyond: Alcoholics, not so anonymous

For many, giving money to a homeless drunk is taboo. But what if they were given money and a home where they could keep drinking? Tamsin Walker met some men who've been given just that. (12.10.2018)