Italy is once again Europe's main gateway for asylum-seekers now that the Balkan route is closed. But many end up homeless due to the nation's faltering reception system. Diego Cupolo reports from Rome. 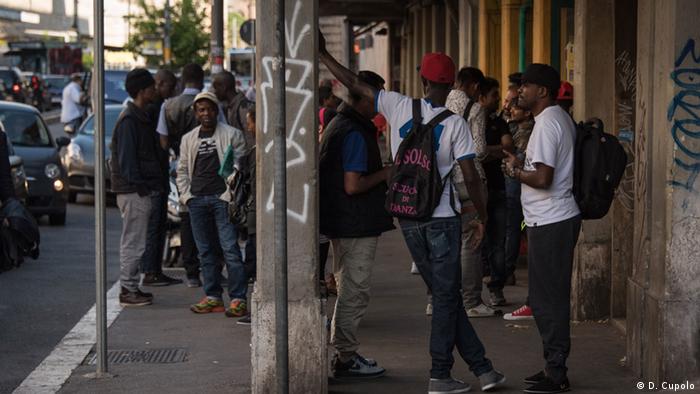 Eleven years after he first arrived in Rome, Elias Abraham sips a beer outside one of countless abandoned buildings occupied by East Africans and considers himself lucky.

Originally from Eritrea, his hands are covered with oil after working at a car shop where he earns 15 euros ($17) per day. It's enough to get by, he says, explaining there are hundreds of people in his building who, despite having legal refugee status, struggle to find work, let alone decent housing.

"In Italy, if you go straight, you die," Abraham said. "You have to go crooked and weave like a snake to survive."

For refugees in Rome, "going crooked" can mean anything from selling prostitution services for as little as five euros a client to pursuing a myriad of criminal activities, all consequences of a broken integration system, according to Italian humanitarian workers who say the problems will only grow as boats continue to arrive from Libya. 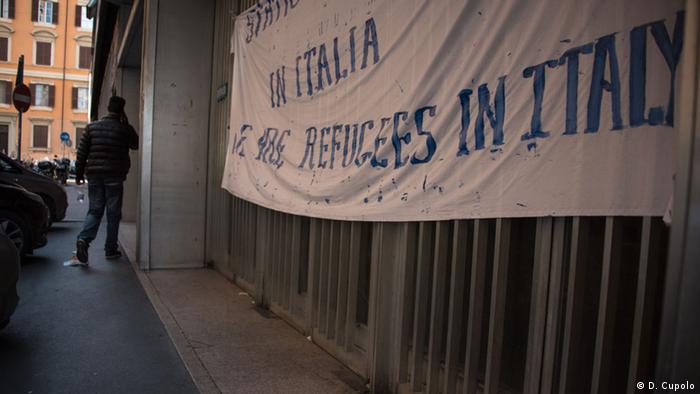 Many refugees in Rome live in occupied buildings

So far this year, more than 30,000 asylum-seekers have reached Italy, with 1,800 arriving on Friday alone. As borders controls tighten and economic opportunities remain dismal, many new arrivals will join an estimated 10,000 refugees who currently live outside state institutions.

Such inconsistencies in Italian reception services have been documented in a new report by Doctors Without Borders (MSF), titled "Out of Sight."

"The system isn't working," said Giuseppe De Mola, the lead researcher for the report. "In theory, they are supposed to be in reception centers for 30 days, but for the majority, the process takes a year or a year and a half … so they escape. They leave the camps."

Of the 154,000 people who migrated to Italy last year, 84,000 applied for asylum, but less than 20,000 were placed in state-run integration programs where they learn basic Italian skills and get assistance with job placement, the report found. 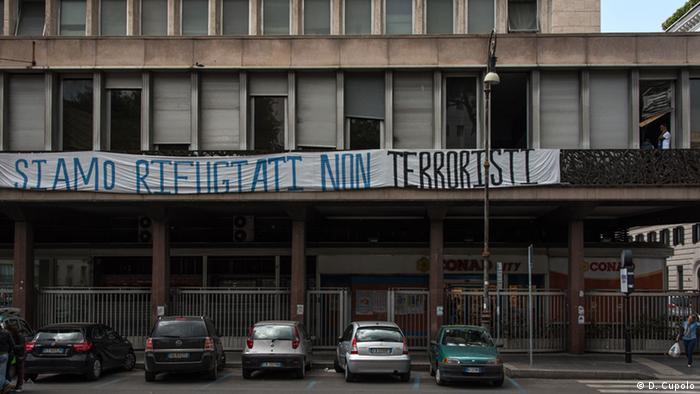 A sign on an occupied office building in central Rome reads, 'We are refugees, not terrorists'

According to De Mola, the problems lie not only with insufficient capacity within reception centers, but also with gaps in administrative procedures that leave refugees confused and without adequate information. Frustrated by the slow progress, many end up leaving the centers to find work or try to leave the country, but often achieve neither.

"[Most of the people in abandoned buildings] are documented, they are refugees in every way," De Mola said. "Italy has a crisis, but we cannot say this to justify everything,"

Out from the start

Migration issues are nothing new in Italy. While conducting his research De Mola interviewed more than 550 people living in "irregular housing" situations and found the average resident had been inside the country for six years. Looking over his data, De Mola noted critical issues with integration start in the first several weeks of a person's arrival and can have long-running repercussions - a problem that has yet to be addressed.

On a weekend night, in an industrial area near the center, Sangar Abdullah, a 27-year-old Afghan, leads two friends who just arrived from his hometown to a couple of tents pitched in a little used alleyway. Volunteers from Baobab, a community collective, are on site to help new arrivals find a place to sleep.

There are only a few available sleeping bags, and one dirty mattress laid bare on moist asphalt, but Abdullah says he brought his friends here because the reception centers are too crowded and they would get robbed elsewhere. 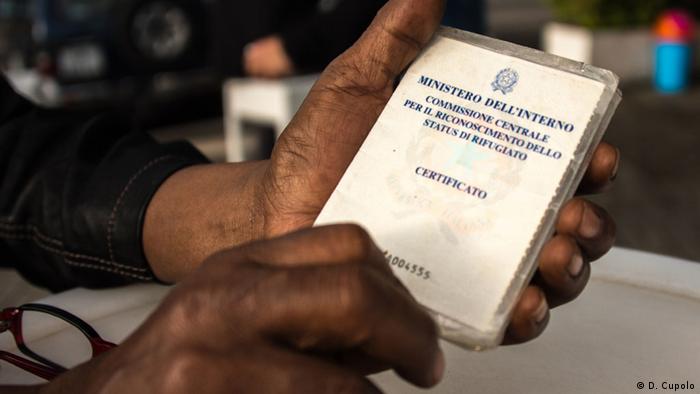 Moulgeta Gaffi, an Ethiopian living in Rome for 14 years, holds his refugee identification card, which he says is worthless

Abdullah himself has been in Italy for 10 months and was just recently granted refugee status. Since coming to Rome, he has been sleeping in a church and working at a car wash. He earns 20 euros a day for 12 hours of work, seven days a week. Visibly tired, but also happy to receive his friends, Abdullah says they made the right decision in coming to Rome.

"Italy allows people to stay," he said in broken Italian. "In Germany, not anymore."

The next day, Abdullah said he would help his friends apply for asylum. Eventually, he hopes to get them housing and work, all responsibilities normally undertaken by immigration authorities.

"This is the welcoming system in Italy," said Roberto Viviani, Baobab volunteer and immigration activist. "It's very hands off. People are on their own."

Standing in the alleyway, in front of the Baobab shelter that was shuttered by police last year, Viviani says asylum-seekers who stay in the state reception system don't have a particular advantage over those who abandon it.

"They put them in these camps for a year and they just stare at a wall," Viviani said. "They could at least teach them something, get them some simple work. The way things are now, we basically force them to become delinquent."

Far from the city center, in a derelict suburban office park between a highway and a shopping plaza, Moulgeta Gaffi pulls out his a refugee card and complains of the few gains he's made since first arriving in Italy 14 years ago. 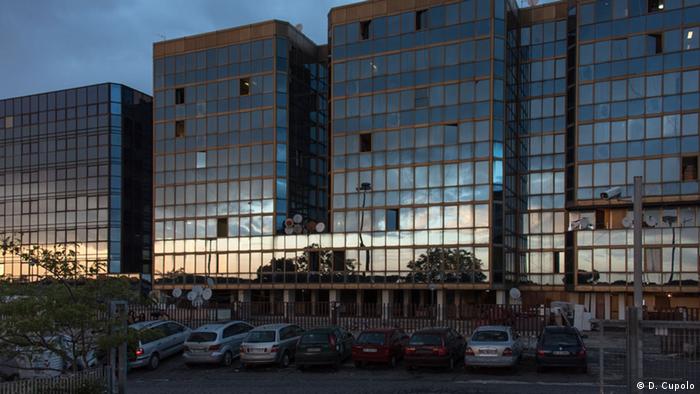 Selam Palace houses more than 1,000 refugees in a Roman suburb

"They say we have rights, sure, the right to sleep on the street," said Gaffi, an Ethiopian who takes odd jobs whenever possible.

He spoke frankly in front of "Selam Palace," a large office building where more than 1,000 East Africans have taken shelter and which stands as "the beacon of failed integration," as he calls it.

"Why are there no camps?" Gaffi asked. "In Africa, we have camps for refugees. I don't understand why they keep us in these places."

No Austrian border controls for now at Brenner pass

Austria has said it will not impose mooted checks at the Brenner Pass, after Italy tightened controls on migrants. Rome had voiced extreme concern about the plans to slow traffic at the border. (13.05.2016)

Inside Europe: Reporting from the rescue mission