No Austrian border controls for now at Brenner pass

Austria has said it will not impose mooted checks at the Brenner Pass, after Italy tightened controls on migrants. Rome had voiced extreme concern about the plans to slow traffic at the border. 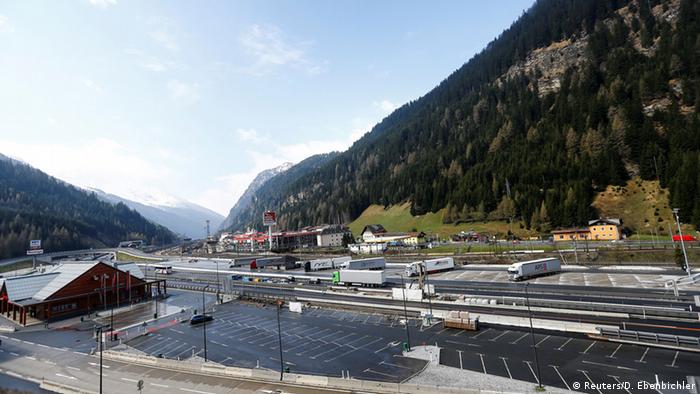 Austria announced on Friday that it would not go through with plans to introduce tighter border controls at the Brenner Pass in the Alps, saying that tougher measures by Rome had slowed the number of migrants heading for northern European countries.

"The number of illegal migrants has dropped to almost zero in the past weeks," Austrian Interior Minister Wolfgang Sobotka told a joint press conference with his Italian counterpart Angelino Alfano held at the pass on the Italian-Austrian frontier. 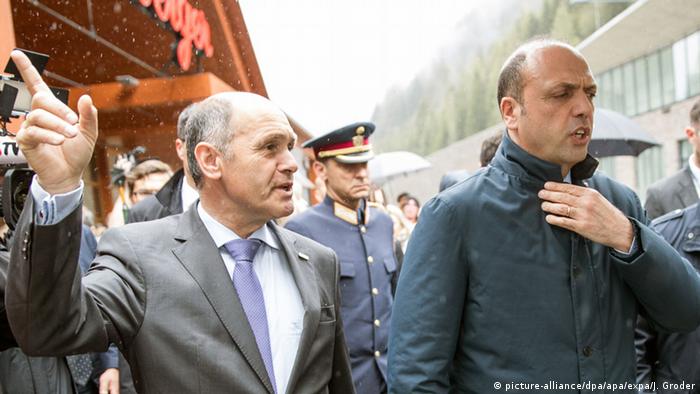 Sobotka (l.) and Alfano met at the vital crossing point

"That is why it is not necessary to carry out border controls at the Brenner Pass for now," he said, adding that stricter train controls by Italian, Austrian and German officials had helped cut down the migrant influx to a trickle.

Vienna had said last month that it would set up a "border management system" at the pass, including a fence and checks on vehicles passing the crossing point.

The fence has not been built, but the announcement of plans to construct it drew vehement criticism from Italian Prime Minister Matteo Renzi, who called it a "shameless" violation of European rules. Both Italy and Austria are members of the European Union's Schengen open-border zone.

The plans put forward by Vienna also sparked violent protests at the pass in recent weeks, as well as coming under fire from the EU's executive body, the European Commission, whose president, Jean-Claude Juncker, called the proposal a "political catastrophe" for Europe.

Border controls at the pass, a crucial transport route for Italy's exports to northern Europe, would be a highly unwelcome hindrance to the some 5,550 trucks using the crossing point each day, which already often have to contend with long delays even without checks.

Alfano said he was "happy" that Austria had recognized Italy's efforts to tackle the migrant influx.

"Migrants who arrive here thinking to go to Austria will be taken to Italian shelters," he said, adding that any "plan to slow traffic would have an enormous impact on trade and travelers." 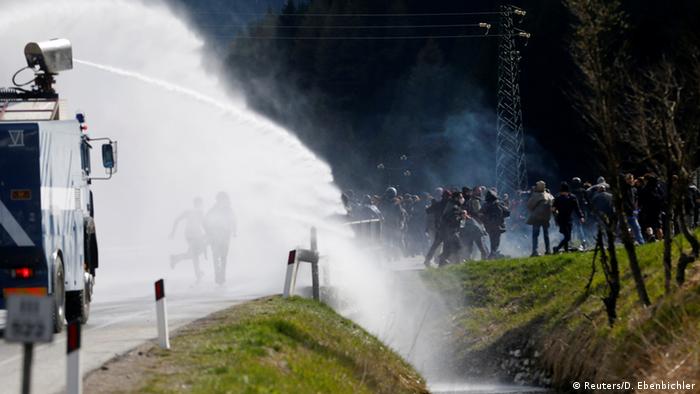 More than a million people fleeing war, persecution and poverty mostly in countries across the Middle East and Africa arrived in Europe last year, confronting the continent with the worst migration crisis since the end of World War II.

Austria received some 90,000 applications for asylum in 2015, the second-highest number per capita in the EU after Sweden.

Vienna is concerned that the Brenner Pass could become a new path to northern and western Europe for migrants and refugees now that the Balkan route from Greece has been largely closed off.

So far this year, the number of people landing on Italy's shores after traveling from Libya is down 14 percent compared with the same time last year, but that number is expected to increase over the summer months.

The European Union has raised concerns over the construction of a control area on Austria's border with Italy. Greece, meanwhile, is being urged to improve its border controls or risk exclusion from the Schengen Zone. (13.04.2016)