Fact or fiction: Adolf Hitler won an election in 1932

Did US presidential candidate Bernie Sanders fail history when he said, "Adolf Hitler won an election in 1932?" The Washington Post thinks so, but historian Mark Roseman told DW that Sanders does have a point. 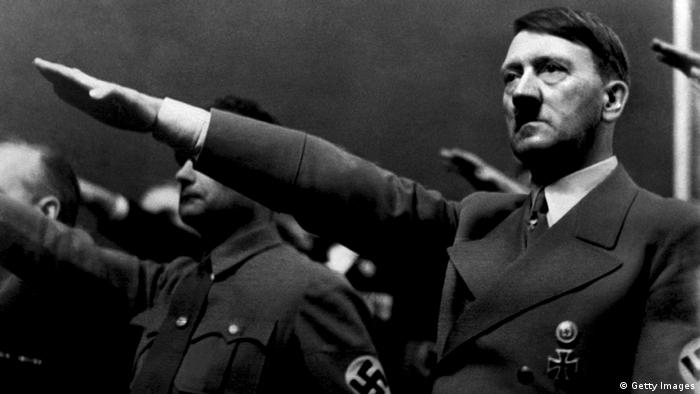 Senator Bernie Sanders was asked about his religion. How does it inform his politics? The US presidential candidate and self-proclaimed democratic socialist is Jewish. He responded by discussing the cautionary tale of Nazi Germany and Adolf Hitler's rise to power.

"A guy named Adolf Hitler won an election in 1932," Sanders said during an event organized by the Christian Science Monitor in June. "He won an election, and 50 million people died as a result of that election in World War II, including 6 million Jews. So what I learned as a little kid is that politics is, in fact, very important."

This statement by Sanders was subsequently re-tweeted and posted across social media. The Washington Post, in response to one of its readers, published a fact-check article on Friday with the headline: "Why you shouldn't re-tweet Sanders's claim that 'Hitler won an election in 1932."

The Post reports that Sanders got his history wrong: "There was an election in 1932 - but Hitler lost." The article focuses on the German presidential elections.

Deutsche Welle spoke with historian Mark Roseman, a professor of modern European and German history at Indiana University in Bloomington. According to Roseman, there were five German elections in 1932. And if you look at the national parliamentary elections, what Sanders said makes sense.

DW: Is Bernie Sanders, and those who are re-tweeting his comment, wrong about their history?

So, who won the 1932 national parliamentary elections in Germany?

Basically, Hitler didn't win those [elections] outright. In the German system nobody won outright. It was always going to be a coalition. But what he did do was, he got a huge share of the vote, more than any other parties by a million miles. It was a landslide victory in that sense.

No party had done anywhere near as well as the Nazis did in the summer of 1932. So to that extent, they were the obvious party of government, because they were the party that had done massively better than anybody else.

The complexity is that it then obviously required more steps to actually become the governing party. They would have to be in a coalition, because they hadn't gotten more than 50 percent of the votes or the seats. And it also then depended on the president to invite someone to form the new government.

Hitler didn't win the parliamentary elections like you would in a winner-take-all system like in the US. But the Nazis did become the largest party?

In the June elections, there were a little over 600 seats. They had around 40 percent of the vote on their own right. So they were amazingly successful.

They were successful also in the sense that they drew their support from everywhere. From Catholics and Protestants, from town and country, from rich and poor. Men and women as well. Young and old.

They were the first party that really made a national breakthrough. They stopped being a party of a particular group. They were a real national party.

How did Hitler take over the government?

There were right-wing circles with access to the president, who was getting on in years at this point and looking for a quiet life. They were saying, although the Nazis are a big party, if we can get them into a coalition, then we'll be able to constrain them, and they'll give popular credibility to the right-wing coalition, but they won't run the show.

They were looking at Hitler because Hitler had the votes. So, in that way, his electoral support was absolutely key. Hitler holds out for chancellorship, the top position within government. He won't agree to be junior partner. He doesn't mind if there are a smaller number of seats in the cabinet, but he won't agree to a deal in which he's not chancellor.

That's the basis on which President Hindenburg then made the offer to appoint him chancellor in a coalition government and he become chancellor at the end of January 1933.

At that stage, he's not yet dictator. He's the chancellor, he's inherited the prerogatives of the previous office and the Nazis are in a minority in the government. The next thing is the amazing process by which they were able to leverage that to remove virtually all the constraints on that power by the summer of 1933 and certainly by the end of 1933.

To argue that he received a level of support that made him the legitimate government and by the standards established of who would be invited to the office, it would be the Nazis. That's incontestable.