Fact check: Is sea rescue a pull factor for refugees?

For years there have been claims that sea rescue is a pull factor in asylum-related migration. But is this theory true? 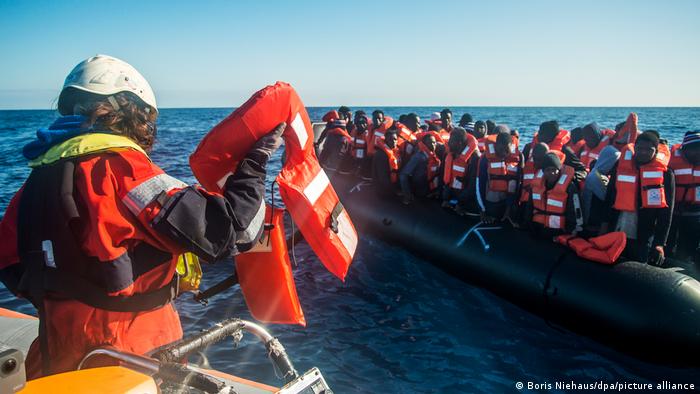 A Sea-Watch operation in international waters

What is the debate about?

Some argue that more people will dare to embark on the perilous journey across the Mediterranean, for instance from Libya or Morocco to Europe, because they believe they will be rescued from boats that are often not even seaworthy.

Conservative politicians in particular regard sea rescue as an incentive to migrate. As a result, they criticize civilian sea rescue operations including Sea-Watch and Sea-Eye, groups that rescue tens of thousands of people in the Mediterranean every year. In some cases, the rescuers have been accused of colluding with smugglers, which in turn means they support human trafficking — an accusation the NGOs reject.

EU ships no longer patrol along the migration routes and have saved hardly any lives since the naval mission Operation Sophia ended in spring 2020. One of the reasons why state rescue at sea has been so severely restricted is that Italy and Austria, for instance, feared these missions would lead to a rise in the influx of refugees and migrants.

So-called push and pull factors play an important role in EU policy and discussions about limiting and managing migration.

Whereas push factors refer to circumstances that turn people away from their countries of origin — war or environmental disasters — pull factors are those that attract people or create incentives for them to come to Europe, including political stability and prosperity as well as liberal immigration laws.

So far, there is not much sound research. According to Julian Wucherpfennig, professor of international affairs and security at the Berlin-based Hertie School of Governance, this is partly due to the poor data situation — and partly to the complexity of the issue. "Cause and effect are difficult to separate," the scientist said, adding it's like studying whether the number of lifeguards has an effect on the number of bathers. 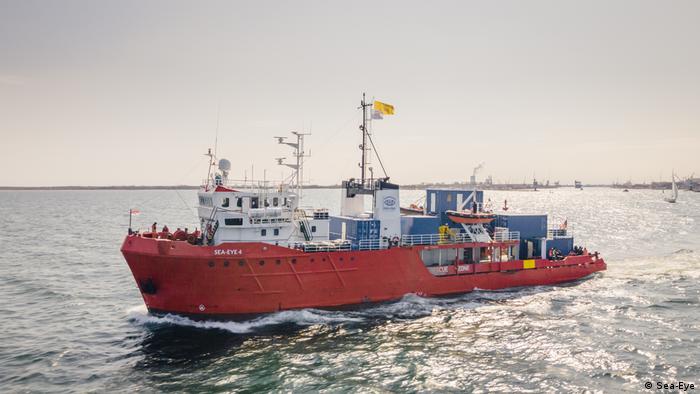 Some research on the issue does exist, however. The 2017 study Blaming the Rescuers by Charles Heller and Lorenzo Pezzani of the University of London looks at when and where how many people fled across the Mediterranean until 2016. The researchers juxtapose this data with the periods in which European rescue and border protection missions were active. They could not establish a correlation.

2015: Numbers down despite a rise in the number of NGOs?

Sea Rescue NGOs: A Pull Factor of Irregular Immigration? is a dossier that focuses on civilian sea rescue as a possible pull factor and analyzes migration from Libya to Italy from 2014 to 2019. Here too, authors Eugenio Cusumano of the European University Institute and Matteo Villa of the Italian Institute for International Political Science Studies "could not find any correlation between the presence of NGOs at sea and the number of migrants."

According to the dossier, the total number of departures in 2015 from Libya fell slightly compared to the previous year, although the number of migrants rescued by NGOs rose sharply. "The results of our analysis challenge the claim that non-governmental rescue operations are a pull factor of irregular migration across the Mediterranean," the authors of the 2019 paper wrote. 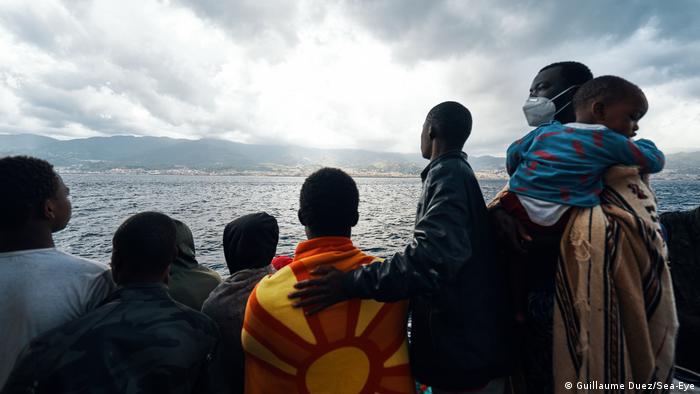 Europe is in sight, bur few of the refugees will be granted asylum

Claudio Deiana (University of Cagliari), Vikram Maheshri (University of Houston) and Giovanni Mastrobuoni (University of Turin) came to a different conclusion in their Migrants at Sea: Unintended Consequences of Search and Rescue Operations study.

A rise in rescue activities in the Mediterranean led smugglers to switch from seaworthy wooden boats to inflatable boats of poorer quality, they found, concluding that the fact that more people risk the journey to Europe under worse conditions could be an "unintended consequence" of sea rescue.

However, most of their colleagues have not arrived at the same conclusion. Almost all other scientific studies assume that rescue at sea does not lead to more crossings, according to the Hertie School's Julian Wucherpfennig.

Many researchers conclude it seems logical that rescue activities don't have so much of an impact on the refugees as on how the smugglers react — they could, as reported by Deiana, Maheshri and Mastrobuoni, choose less seaworthy boats and send them out with less fuel.

"The reality is that there are many other variables that play a role in departures — like weather conditions and the security situation and monitoring of the coast — that would affect departures more than anything else," Safa Msehli, spokeswoman for theInternational Organization for Migration (IOM),told DW. Over the past years, there have been many departures even when there were no rescue boats at sea — "and accordingly, a large number of deaths," she said.

But push factors — war, political persecution, and extreme poverty —are much more important for migrants and refugees, other researchers argue.

"In our opinion, the push factors are much higher than anything else alleged (...) People are stuck in a cycle of abuse," said IOM spokesman Msehli. "They end up in detention, forced labor, abuse, in many cases, torture, disappearances. And those are the conditions that migrants are mentioning to us that permit them to take such a difficult journey."

Sea rescue, an incentive for migrants?

There is no proof that sea rescue has a direct effect on the influx of migrants and refugees to Europe. Most studies suggest that rescue activities do not increase the number of departures from the North African coast.

However, the claim that sea rescue acts as a pull factor cannot be unequivocally refuted either. Almost all researchers who have studied the issue say more data and further research are needed.

What it means for EU policies

The cutbacks in state rescue at sea and the hurdles for civilian rescue at sea, such as detaining ships in ports or banning them from entering, are based on assumptions that are not substantiated.

Sea rescue as a pull factor seems so obvious to many that they hardly question the assumption, nor do they require any evidence for it, Matteo Villa wrote in an article for Germany's Die Zeit weekly. Yet the evidence to date would suggest that more lives could be saved "without risking many more people setting off for Europe. Unfortunately, the EU is choosing a different path."