Frances Haugen said her former boss, Mark Zuckerberg, should step down and allow change instead of devoting resources to build the so-called "metaverse." 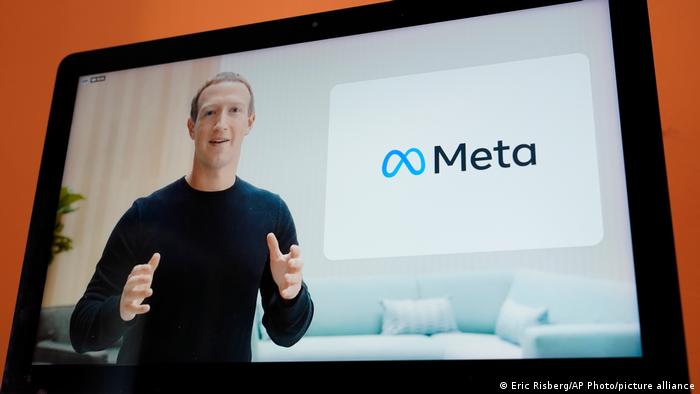 Haugen had leaked internal documents that sparked weeks of criticism of the social media giant before CEO Mark Zuckerberg announced changing the name of Facebook's parent company to "Meta."

Zuckerberg said the company was shifting its focus toward developing "the metaverse," a virtual world that the company bets will be the next generation of the internet.

What did Haugen say?

Haugen, who testified before US and UK lawmakers in recent weeks, made her first public address at the Web Summit tech conference in Lisbon.

She said it was "unconscionable" that the company was trumpeting its plans to develop the "metaverse" instead of focusing on fixing existing problems.

"Over and over again Facebook chooses expansion in new areas over sticking the landing on what they've already done," she told an audience of tens of thousands in the Portuguese capital.

"Instead of investing in making sure their platforms are a minimum level of safe, they're about to invest 10,000 engineers in video games," she said, referring to the company's plans to expand its workforce in Europe for the new project.

Asked if Zuckerberg should step down, Haugen said she believes "Facebook would be stronger with someone who's willing to focus on safety, so yes."

Zuckerberg's rebrand announcement came amid sharp criticism from lawmakers and regulators over the company's business practices.

Even before Haugen blew the whistle, the social media giant was facing pressure by governments over its massive market power and algorithmic decisions.

Testifying before US and British lawmakers, Haugen said Facebook would fuel more unrest around the world if it did not curb its algorithms that push divisive content.

A video promo of Zuckerberg showcasing the 'metaverse' was widely mocked. And while Silicon Valley enthusiasts say it could revolutionize the internet, critics blasted the rebranding as an attempt to capitalize on growing buzz over a concept it did not create to deflect from the recent sandal.