Facebook has beaten Sony for rights to stream matches of Spain's top football league in the Asian subcontinent — for free. The deal marks the company's latest foray into online sports streaming. 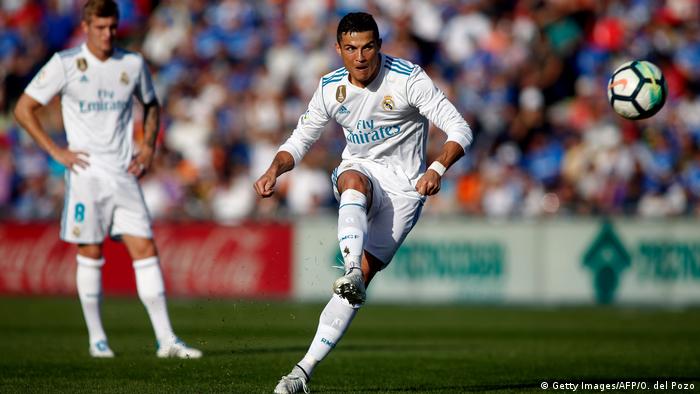 Facebook will stream games from Spain's top football division La Liga in the Asian subcontinent for free, according to an exclusive deal announced on Tuesday.

Viewers in India, Afghanistan, Bangladesh, Bhutan, Nepal, Maldives, Sri Lanka and Pakistan will be able to watch every game over the next three seasons.

"We are really happy to be on a free-to-air service in such an important territory as the Indian subcontinent," Alfredo Bermejo, La Liga's head of digital strategy, told Reuters news agency ahead of the announcement.

"One of our goals for the last two years has been to offer content to the widest audience possible, so partnering with free platforms like Facebook, which has 270 million users in India, is key to us."

Sony, which reportedly paid $32 million (€28 million) for rights between 2014 and 2018, gave up broadcasting rights after Facebook's pitch.

Several tech groups have secured rights for various sports, in a bid to keep young viewers on their platforms.

Earlier this year, Amazon acquired rights for 20 English Premier League matches a season from 2019 in Britain.

Facebook's foray into sports streaming began in 2017 when it started airing weekly Major League Baseball games in the US. Earlier this month it won the rights to show one La Liga and one Serie A game per week on its platform in the UK. But this latest deal is its first direct deal with a major football league, according to Bloomberg.

After signing a multi-year deal last year for exclusive video content, the social media giant has secured rights to NFL's Thursday Night Football. Facebook, according to reports, were also in contention. (05.04.2016)

Europe's public broadcasters struggle to compete in the digital world

With shows such as Sherlock and Strictly under 'serious threat' from streaming services, even media heavyweights such as the BBC are struggling to stay relevant. Why are public broadcasters so gloomy? (03.11.2017)