Facebook bans all Myanmar military-linked accounts | Asia | An in-depth look at news from across the continent | DW | 25.02.2021 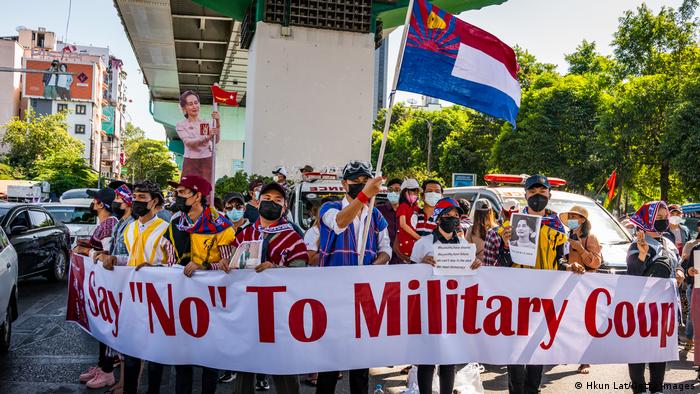 Facebook has barred accounts tied to Myanmar's military as well as military-controlled media accounts from using its platforms, the social media giant said on Thursday.

The company cited the military coup earlier this month as well as the violence against protesters that followed as the reason for the ban.

"Events since the February 1 coup, including deadly violence, have precipitated a need for this ban," Facebook said in a statement.

"We believe the risks of allowing the Tatmadaw [Myanmar military] on Facebook and Instagram are too great."

In 2018, Facebook banned several accounts of the military top brass, including Senior General Min Aung Hlaing, who was at the helm of this month's coup that ousted the elected government of Aung San Suu Kyi and her National League for Democracy party.

Hlaing heads the junta that now acts as the government.

The junta has also made unsuccessful attempts to block Facebook and other social media platforms.

It has cut access to the internet nightly from 1 a.m., for over a week now. 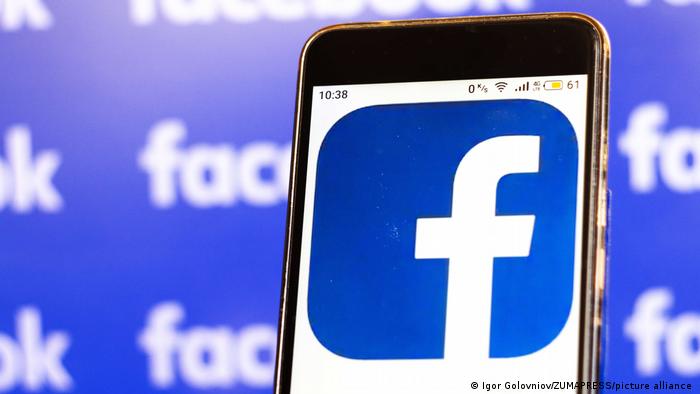 Facebook is used by about half of Myanmar's population

Facebook and other social media platforms came under intense criticism in 2017, when human rights activists said they had failed to rein in hate speech against Myanmar's Muslim Rohingya minority.

It was the same year the military launched its controversial "counterinsurgency operation" that drove over 700,000 Rohingya to seek refuge in Bangladesh.

Diplomatic efforts to resolve the crisis

Indonesia and other members of the Association of Southeast Asian Nations (ASEAN) are seeking to resolve the crisis sparked by the military takeover in Myanmar. The regional grouping has pushed for dialogue with the junta as a way to ease tensions rather than other methods, such as applying sanctions — a strategy favored by Western countries.

"We asked all parties to exercise restraint and not use violence ... to avoid casualties and bloodshed,'' Marsudi said in a press conference, stressing the need for reconciliation and trust-building.

Pro-democracy demonstrators, meanwhile, returned to the streets of Yangon and other major cities in Myanmar on Thursday to demand the junta step down and return Suu Kyi's elected government to power.

A general strike called by activists on Monday led to huge rallies, despite a warning from authorities that police would use lethal force in the case of confrontation.

At least three people have been shot dead during the demonstrations so far.

The military government has said it staged the coup because of voting irregularities in the November election that gave Suu Kyi's party a landslide win. The national election commission has rejected the allegation.