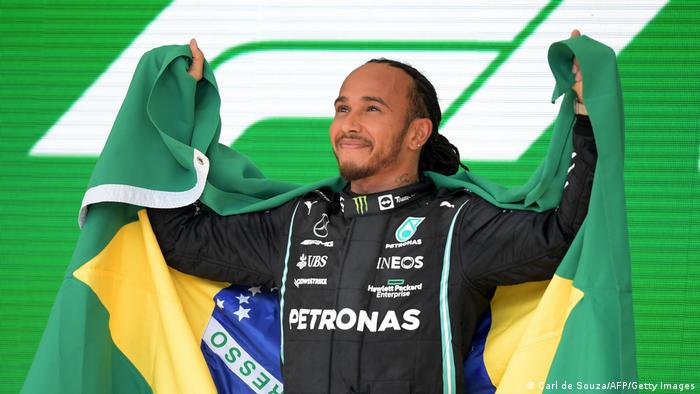 Words to the wise: never count out Lewis Hamilton.

The Mercedes driver had to overcome more obstacles than most this weekend, but in the end it was he who received the checkered flag at Interlagos in Sao Paulo, Brazil.

Hamilton, already dealing with a five-spot penalty on the grid, was disqualified from qualifying over his car's DRS system. But after an impressive showing in the 24-lap sprint on Saturday, the Mercedes driver started 10th on the grid.

Seven laps into Sunday's Brazil Grand Prix, the seven-time champion was already in the podium places before a safety car came out. He pushed past Red Bull's Sergio Perez not long after, setting up a head-to-head with points leader Max Verstappen. 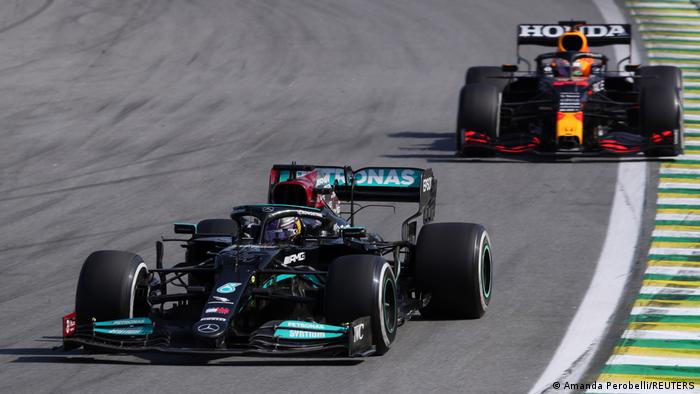 On lap 48, Hamilton had his first crack at the Dutch driver, but Verstappen, struggling on his hard tires, was able to hold him off on turn four. The Briton finally triumphed on lap 59 when, his DRS open, he blew past the Red Bull car, bringing the Sao Paulo crowd to its feet.

Hamilton then coasted to the finish to pick up his fifth race win of the season.

"Yes, come on guys!" he said over the radio after the victory. "Let's keep going. Let's keep pushing."

Drive of the day: Lewis Hamilton

Hamilton is probably the only driver in the world who can finish atop the podium despite all he had to deal with this weekend. Just like in the sprint Saturday, Hamilton quickly moved up the field to put himself into contention, before finally chasing down Verstappen with 13 laps to go.