The two bombs targeted a mosque and an interational convention center. The explosions came just hours after the latest anti-Islam PEGIDA march. 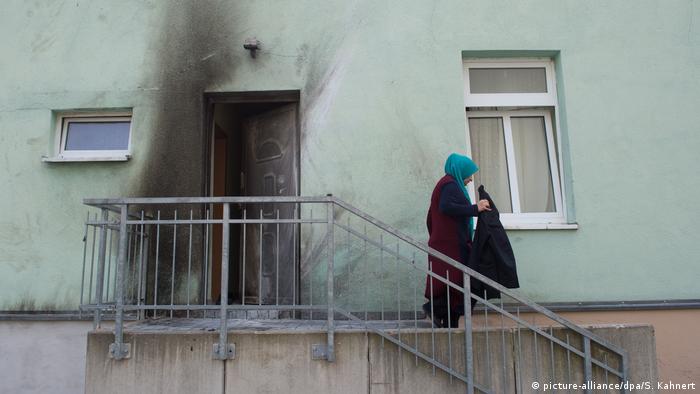 Dual explosions rocked the east German city of Dresden late on Monday, police told the press. The two small bombs detonated in front of a mosque and a convention center, though it appeared no one was injured in the attacks.

The first blast occurred at 9:53 pm local time, outside a mosque on Hühndorfer Strasse in the eastern neighborhood of Cotta. An imam was inside the building at the time, along with his wife and two children. About half an hour later, a second explosion was head outside the International Congress Center, forcing police to evacuate the nearby Martim Hotel.

"Although no one has come to us claiming responsibility, we have reason to suspect a xenophobic motive. At the same time, we certainly see a connection to the upcoming celebrations for German unification day," said police commissioner Horst Kretzschmar.

According to German media, both buildings were damaged, and mosques in the area of the first bomb were immediately put under police protection, as well as an important Islamic cultural center.

"These events will certainly impact our current plans for patrolling [in the run-up to unification celebrations]. As of right now we are working in crisis mode!" said Kretzschmar.

Dresden has come under criticism for far-right politics and xenophobia in recent years, beginning with the anti-Islamization PEGIDA movement founded in the city in October 2014. Indeed, the bombings came just after a PEGIDA march through the city.

Movement founder Lutz Bachmann quickly took to Facebook to suggest that lazy policework was likely to falsely link PEGIDA to the attacks.

This has been followed by a spate of anti-migrant attacks, both on individuals and refugee accomodation. To that end, an Eritrean refugee, Khaled Idris Bahray, was found murdered  in the courtyard of a Dresden housing estate in January 2015.