Arrest made over the death of Dresden asylum seeker

About a week after an Eritrean refugee was found dead in his apartment, an arrest warrant has been issued for his roommate. The incident has raised questions over the safety of asylum seekers in Germany. 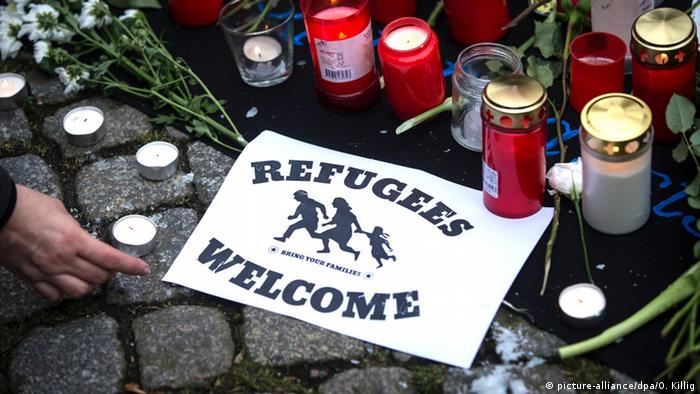 The Dresden district attorney's office confirmed on Thursday that an arrest warrant for manslaughter had been issued in the case of an asylum seeker who was found dead a little over a week ago. The accused killer had been remanded into custody as a result of DNA evidence found on the murder weapon.

The suspect was a housemate of Khaled B., the 20-year old from Eritrea who was discovered dead in his high-rise in Dresden's Leubnitz-Neuostra district where he lived with other asylum seekers. The police originally issued a report saying there was no evidence of foul play, but reversed this statement when a coroner's report listed multiple stab wounds to the neck and chest.

The 26-year-old suspect is also thought to be from Eritrea, quelling rumors that the murder was a hate crime, which had been circulating since swastika graffiti was found in the staircase near Khaled's apartment. The accused has alledgedly confessed while in custody and given his motive as a fight over household concerns that turned violent.

Khaled's death spurred an outcry over the treatment of asylum seekers, particularly as it occurred in the same city where weekly anti-Islamization marches by the PEDIGA protest group take place. Although the group denies being xenophobic, they are often criticized for stirring up anti-foreigner sentiment.

Thousands had gathered on Saturday for a memorial following his passing to pay their respects to the late Khaled, carrying signs that say "Ich bin Khaled" or "I am Khaled" and lighting candles.