Explained: Why Turkish President Erdogan is backpedaling in diplomatic row | Europe | News and current affairs from around the continent | DW | 26.10.2021

Explained: Why Turkish President Erdogan is backpedaling in diplomatic row 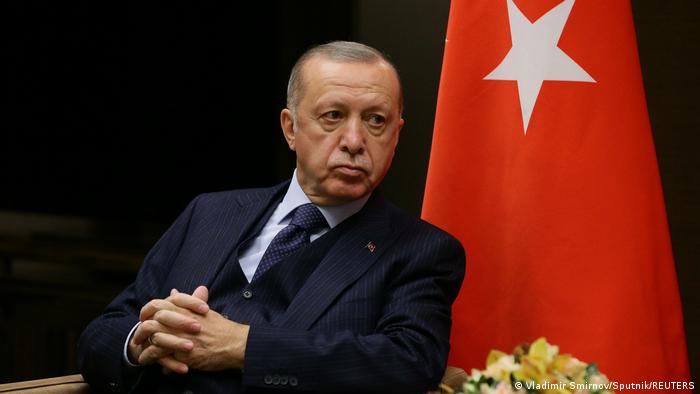 Over the weekend, Turkish President Recep Tayyip Erdogan instructed his Foreign Ministry to declare the ambassadors of 10 states, including those of Germany and the United States, "persona non grata." Following a Cabinet meeting on Monday, Erdogan stuck a more conciliatory tone, explaining that the embassies had "taken a step back from this slander against our country and our nation. I believe these ambassadors […] will be more careful in their statements regarding Turkey's sovereign rights" in the future.

The move followed a Twitter statement by the US Embassy underscoring its commitment to Article 41 of the Vienna Convention on diplomatic relations prohibiting interference in another state's internal affairs. Aykan Erdemir, a former Turkish opposition parliamentarian,  said Washington's "strategic ambiguity" allows "Erdogan's spin doctors to claim the West has surrendered, whereas the English version gives the impression that the West remains steadfast on human rights."

The diplomatic spat arose after the envoys in question called for the release of Osman Kavala, a philanthropist who has remained jailed without a conviction in Turkey for nearly four years. The European Court of Human Rights (ECHR) demanded his release back in December 2019.

Charlotte Joppien, an expert on Turkish politics at Hamburg University, said Erdogan is trying to distract attention from domestic problems, pointing out that his approval ratings have been falling for months. Indeed, independent pollster Avrasya reports approval for Erdogan's ruling Justice and Development Party (AKP) has now dipped below 30%.

The government's weakness even seems to be uniting Turkey's long-fractured opposition. Taken together, the Kemalist Republican People's Party (CHP) and the national-conservative Good Party (IYI Parti) now poll at over 40%.

Moreover, the existence of numerous other small anti-Erdogan parties and the fact that the pro-Kurdish Peoples' Democratic Party (HDP) is polling at roughly 10% means Erdogan and the AKP need to worry about losing upcoming presidential and parliamentary elections. 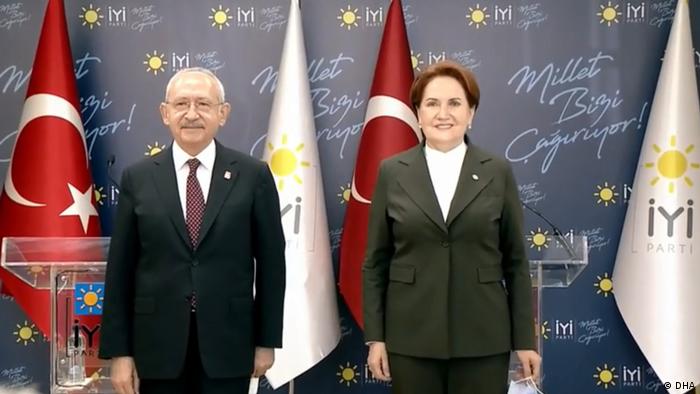 Why is Erdogan's popularity tanking?

More than anything, the president's waning popularity is tied to Turkey's economic woes — inflation stands at 20%, corruption is rampant and the value of the Turkish lira has been in free fall for years. On Monday, $1 US was worth a staggering 9.59 lira — though the currency rebounded slightly after Erdogan's conciliatory statement.

This protracted devaluation of the lira has had dramatic consequences: Key imports, upon which Turkey depends, are growing progressively more expensive. Many Turks who have taken out dollar-denominated loans are struggling to service their debt. In addition, inflation is driving up costs for everyday products. 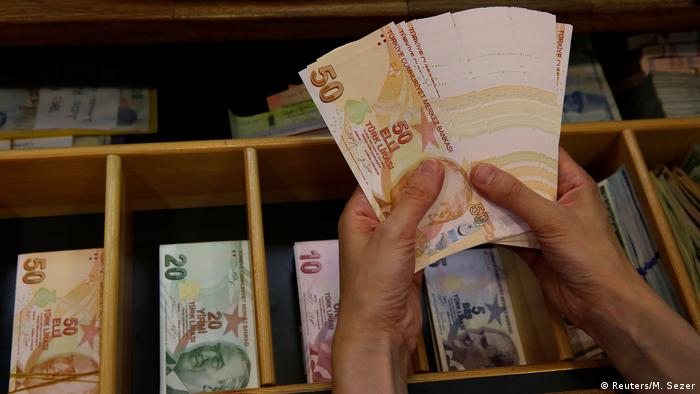 The Turkish lira has been in free fall for years, with no end in sight

Have similar rows occurred in the past?

This is by no means the first time Erdogan has attempted to use an international diplomatic crisis to shore up domestic support. That was the case when Turkey temporarily jailed German journalist Deniz Yücel, as well as in Turkey's clash with France and the US over whether the mass slaughter of Armenians at the hands of Ottoman Turks during World War I constituted genocide.

Erdogan often uses such disputes to claim other countries are trying to keep Turkey down. He also uses them as an opportunity to lash out against media outlets, whom he has accused of peddling fake news. Despite different situations, his polarizing tactics are always based on the same political calculus. He knows confrontation with foreign powers appeals to many nationalist Turks, but he hopes the strategy will also force the opposition to adopt a more jingoist stance. 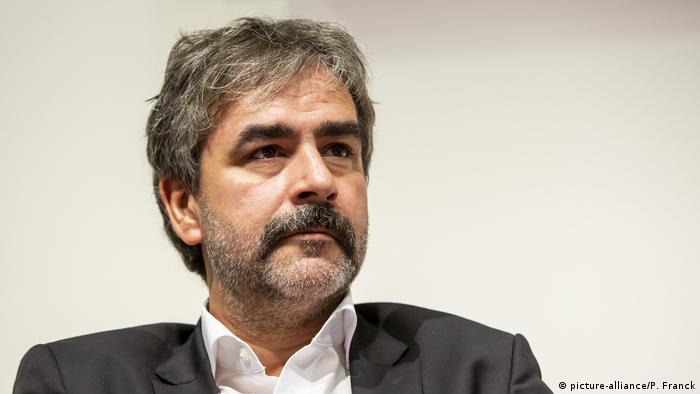 How has the opposition reacted?

This time, however, Erdogan's attempted strong-arming of the opposition does not seem to be working. Instead, his political adversaries have publicly lambasted him, with Kemal Kilicdaroglu, leader of the CHP, saying the president is trying to create excuses to explain away "the collapse of the economy that he himself destroyed."

The leader of Turkey's Future Party, Ahmet Davutoglu, made similar comments. Davutoglu, who once served as foreign minister and prime minster under Erdogan, said the president is neither truly concerned about Osman Kavala, nor the independence of Turkey's judiciary. Instead, he said, Erdogan is deliberately stoking polarization and swapping "statesmanlike logic for the language of the gutter," bringing "shame upon our country."

What are Erdogan's options?

Despite fierce criticism at home and considerable pressure from abroad, Erdogan still holds powerful cards in his hands — he could edge Turkey, a NATO member state, even closer toward Russia, for instance. Ankara has already angered NATO allies by ignoring their concerns and outright rejecting objections from the US by purchasing the S-400 air defense system from Russia. As a result, Washington subsequently refused to deliver F-35 fighter jets to Turkey.