Experts urge Donald Trump to dial down North Korea rhetoric | World| Breaking news and perspectives from around the globe | DW | 09.08.2017

Donald Trump's bellicose rhetoric against North Korea can't disguise the lack of a clear US strategy to deal with the increasingly aggressive regime. But the best thing Washington could do seems unlikely at this point. 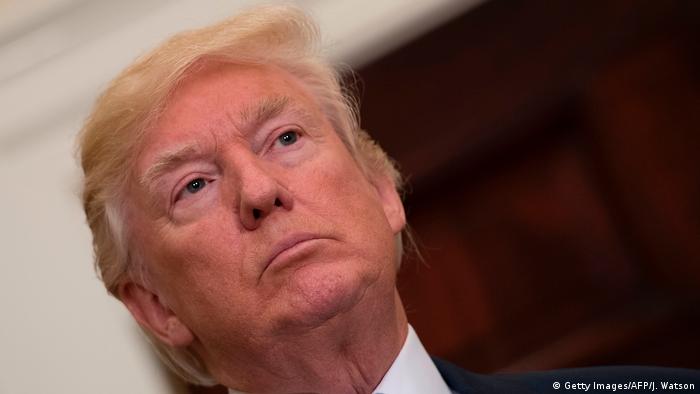 US President Donald Trump's fiercely-worded threats against North Korea delivered in public remarks and via Twitter have made what is an already difficult standoff between Washington and Pyongyang over the latter's nuclear weapons program even more difficult.

"It's almost like the North Koreans wrote his statements because they're well known for their over the top rhetoric," said Joel Wit, a senior fellow at the US-Korea Institute at Johns Hopkins University and the founder of 38North, a website featuring analysis about North Korea. "I am not saying it is going to cause a Korean war, but it certainly makes the situation more tense."

Miles Pomper, a nuclear non-proliferation specialist at the James Martin Center for Nonproliferation Studies (CNS), said with his continued saber rattling Trump was likely trying to generate a crisis that would force China to intervene and solve the issue. "But it risks pushing North Korea to escalate with a real action, most likely conventional."

Trump's rhetoric has also been criticized by fellow Republicans, including John McCain, who heads the Senate's Armed Services Committee and is widely considered a defense hawk. McCain slammed Trump's language, specifically the president's vow that North Korea would face "fire and fury" if it kept up its threats against the US, saying "all it's going to do is bring us closer to a serious confrontation."

That's exactly what both Secretary of State Rex Tillerson and Defense Secretary James Mattis appeared to engage in, in what seemed like an effort to put Trump's threats against North Korea in perspective.

Mattis, in a statement, reasserted Washington's commitment to defend itself and its allies and warned North Korea from taking actions that "would lead to the end of its regime and the destruction of its people." But he also noted that the Pyongyang would "lose any conflict it initiated," thus indicating that the US has no intention of starting a conflict with North Korea.

Notwithstanding the apparent attempt by Trump's top diplomat and defense chief to de-escalate the president's ongoing war of words with the North Korean regime, a real departure for a US president in itself, scholars suggest the White House should focus on putting together a coherent strategy to address the fact that Pyongyang, according to a new intelligence estimate, has successfully built a nuclear weapon small enough to fit on a missile. 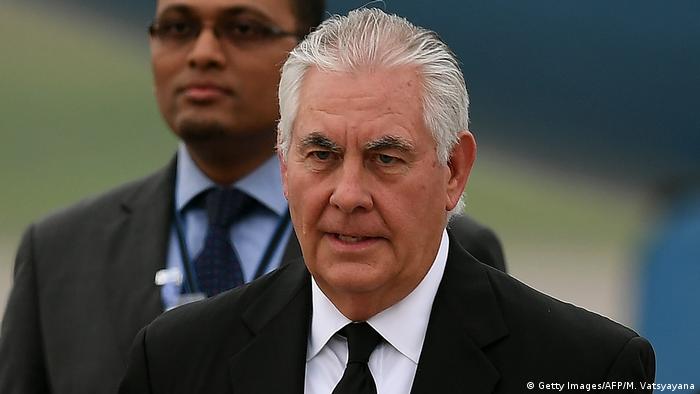 "If I knew what the Trump administration's North Korea policy was - beyond the level of simple slogans - I might have something to say about how this changes things," said Joshua Pollack, a North Korea expert also with the Center for Nonproliferation Studies. "But as far as I can tell, they were relying on China to fix the problem, and now that that hasn't worked, there is no obvious 'Plan B.'"

"They don't have a strategy," agreed Wit, referring to the Trump administration. "It is trying to get the Chinese to carry our water and it is trying to increase pressure North Korea - and it is not going to work."

While the Defense Intelligence Agency, which issued the report indicating that North Korea may have been successful in assembling a nuclear weapon small enough to be mounted on a missile, often makes alarmist intelligence estimates and it is therefore difficult to assess whether the regime really does possess this capability today, ultimately it does not matter, said Wit.

"We have to stop kidding ourselves already," he said. "If they don't have it today they certainly will have it in the not too distant future." 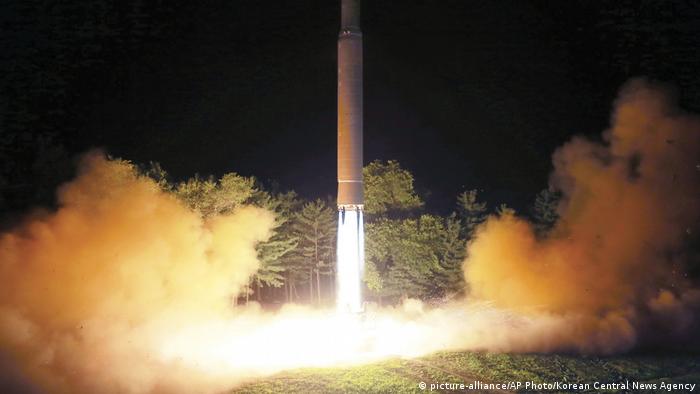 "Outside observers had concluded long ago that North Korea likely had these capabilities," said CNS' Pomper. "This report shows that the last embers of wishful thinking in the intelligence community are finally burning out."

As a tangible first step - showing that Trump and his advisors are really worried about the risk of nuclear war and ready to try to calm nerves - they should restore the communication links with the regime starting with the military-to-military channel at Panmunjon, a village in the demilitarized zone between South and North Korea, said Pollack.

More generally, he added, "the best thing would be to start unconditional, open-ended discussions on confidence-building measures."

"We need to actively approach the North Koreans and sit down and see where we might go from here," concurred Wit.