The outspoken royal "fell off the radar" after being denied travel for emergency medical treatment. Those close to the princess want answers over her alleged detainment. 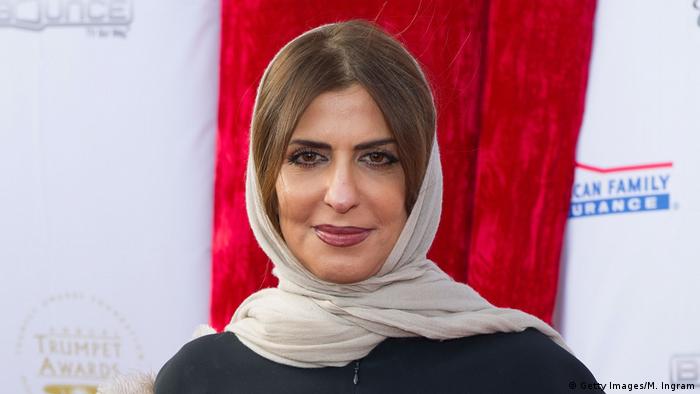 Princess Basmah bint Saud bin Abdulaziz Al Saud, a prominent Saudi royal who has championed humanitarian causes, is feared missing and believed to be under house arrest in Riyadh without charge, DW has learned.

A source close to the princess, who did not want to be named due to security concerns, told DW that although the family had been in contact with the royal, Princess Basmah could not speak openly because her communications were being monitored.

Princess Basmah has long advocated for constitutional reform and humanitarian issues in Saudi Arabia and across the region.

Her alleged house arrest, alongside her daughter, comes as Saudi critics have drawn the ire of de facto leader Crown Prince Mohammed bin Salman (MbS), leading to the murder, disappearance, jailing and intimidation of critics and branches within the royal family.

Saudi authorities did not respond to DW's request for comment.

The source said Princess Basmah was detained in March this year on suspicion of trying to flee the country with her adult daughter, after she was due to travel to Switzerland for medical treatment. Since then, sources say, Saudi authorities did not respond to their requests for information.

Documents seen by DW show Princess Basmah had clearances to fly out of Jeddah on December 18 last year, accompanied by her daughter, for urgent medical attention as requested by her Swiss doctor. The US-based lawyer who arranged her evacuation, Leonard Bennett, told DW the princess' plane was kept on the ground and she was not allowed to leave.

Bennett said about two months after that "she just fell off the radar; no one knew where she was. We actually feared the worst."

After continued attempts to call her, "she resurfaced, sounding very much like a hostage," he said.

Although the manifest showed the flight was bound for Geneva, Bennett said because it was scheduled to travel through Turkey, seen by Riyadh as a hostile country, the journey had raised suspicions.

"They have done an investigation to see if [the allegations of fleeing were] true and now they have finished it, yet up until now there has been no answer," the source close to Princess Basmah said. "It has been proven to be false information but we still don't know why she is being detained."

The source said they did not know who had ordered her arrest but insisted it was not politically motivated and was not ordered with the knowledge of the ruling royals.

A friend and business colleague who also did not wish to be named confirmed the princess had been "missing" since March, but said the ruling family must know where she is.

"A couple of sources there say they don't think the number one (MbS) knows, but I disagree — he does know. So we want to know what his position is. Why is she being detained?"

Though a prolific user of Twitter, Princess Basmah's official account went quiet at the end of February. After occasional religious messages were posted until July — by her staff, according to one source — there have been no more posts.

A mother of five children, Princess Basmah started writing for Saudi media in 2006, but has since become a businesswoman and public voice for reform, which has not always sat well with the country's rulers.

After her divorce she relocated to London in 2010-11, where she became an outspoken media figure, appearing at various international forums highlighting corruption, humanitarian issues, and wealth inequality across the region. She also promoted constitutional reforms in the kingdom that would curb the powers of the religious police and see women's rights enshrined in law.

In 2012, the princess told the BBC she was saddened that Saudi Arabia had not followed through on plans for a constitutional monarchy, which would have separated the position of the king from that of the prime minister, a plan laid out by her late father King Saud.

In an interview with The Independent that same year, she said that while calls for democracy across the region through the Arab Spring had made her own editors in Saudi nervous enough to cut her articles, she had also received "'very strong hints' that her criticisms [were not] being met with approval."

But the princess' criticism has not been aimed directly at the royal family, focusing rather on other levels of administration. DW's sources said she always stressed that she was loyal to her broader family and would not do anything to damage the country.

She moved back to the kingdom sometime after 2015, closing some of her London companies in 2016 and transferring the remainder to one of her daughters in 2018, but continued to appear in international media.

While she said she had been blackmailed for speaking out, she has not made any significant media appearances since January 2018, where on BBC Arabic she called for an end to the Saudi war in Yemen.

While the princess was initially held on suspicion of trying to flee the country, an internal family dispute or a legal issue with her sons could also be involved.

Last year local media in Saudi Arabia reported that her sons were involved in an assault on a traffic officer and were being held without charge pending an investigation — an issue that may have kept Princess Basmah in the country. Her business colleague, who declined to be named over safety concerns, said the princess had fought to have her sons released and they were now free.

Madawi al-Rasheed, an expert on Saudi politics and the royal family at the London School of Economics, told DW that it was possible Princess Basmah was involved in an internal family dispute over inheritance or custody of her children and was prevented from leaving and taking her daughter with her.

While the princess' daughters are all over 21, the age at which most Saudi women are now allowed to travel without permission from a male guardian, her youngest son was born in 1998 and may be just under that age.

Royals, however, fall into a different category.

"Their passports are different from the commoners' and in the past they always had to have some kind of permission to leave," al-Rasheed told DW. "There's always some kind of measures because they worry about the honor of their princesses."

But she also said it was very unlikely an outspoken royal would be held without the knowledge of the authorities and Saudi's rulers.

"They may have put her under house arrest or detention to prevent her from leaving and being outspoken," al-Rasheed said. "But to think that there is somebody lower down doing this to please MbS, I doubt that. They could do that with other people — but not a princess."

As the youngest daughter of the former King Saud, who had 115 children, Princess Basmah represents a branch of the family that was once seen as a potential alternative to the current branch in power represented by King Salman and his son.

In a broader family of 14,000 royals, certain lines of the family have often competed for influence.

Al-Rasheed said that before King Salman assumed the throne in 2015, his predecessor King Abdullah had promoted Princess Basmah's side of the family and revived the legacy of her father Saud.

"During King Abdullah, there was a moment when they brought out all their princesses to talk … as a PR campaign basically," al-Rasheed said. "[Lolowah bint Faisal Al Saud] played that role … and now she's gone completely quiet. I wouldn't be surprised that Salman and his son wanted to silence those women who are not authorized."

Leonard Bennett said he believes other relatives of Princess Basmah have had their travel restricted because they were perceived as a threat even though the outspoken royal would not attack the ruling family.

"The current administration seems to believe that she should be limited in her travel, as if, if she goes abroad, she's going to say something more than she's ever said before," Bennett said. "But if you've seen her previous statements, she has been a champion of women's rights issues, but no more than anyone else."

"The way that she's done it has never been critical of the government."

Sources said that while Princess Basmah has access to some medications, her family is very worried about her health.

US prosecutors allege the kingdom paid former Twitter employees in luxury watches and cash in exchange for personal information about critics. Millions of Saudis are active on the social media platform. (07.11.2019)

Saudi women are treated as legal minors their entire lives — they even need permission from a male guardian to travel. This rule is set to be relaxed, but will it actually help lead to gender equality in the country? (22.07.2019)