Former Maldives President Mohamed Nasheed has been flown to Germany for further treatment after a bomb blast last week. Authorities say the explosion was an assassination attempt, blaming it on Muslim extremists. 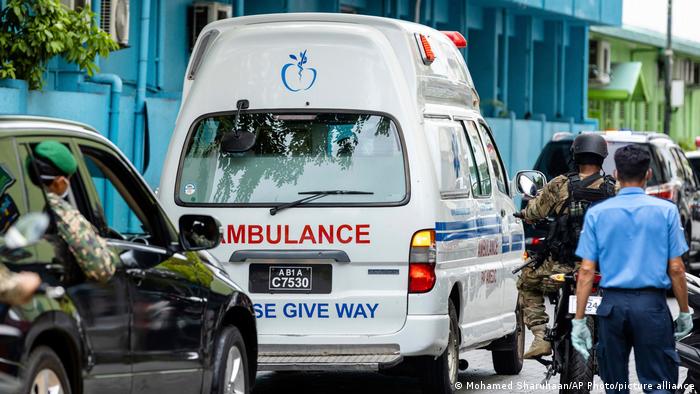 An ambulance carries the former president, who reportedly underwent 16 hours of surgery, to his flight

Mohamed Nasheed's family on Thursday said the former president had flown to Germany for recovery after being released from hospital in the Maldives capital, Male.

The 53-year-old underwent surgeries to his head, chest and abdomen after an assassination attempt a week ago.

What happened to the ex-president?

The democracy pioneer and climate activist was targeted with a remote-controlled bomb rigged to a motorbike parked near the former president's car.

Doctors performed 16 hours of surgery on him to remove shrapnel from the liver, lungs and abdomen.

"We have released President Nasheed from hospital today. As he travels overseas for rehabilitation and recovery the management and employees of the hospital wish him a quick return to full health," the hospital said.

There was heavy security surrounding the ambulance that took Nasheed to the airport to be put aboard a special flight.

"A special thanks to the health sector of the Maldives," said Nasheed in comments thanking hospital and emergency staff."By the grace of Allah, I remain committed to delivering democratic good governance for the people." 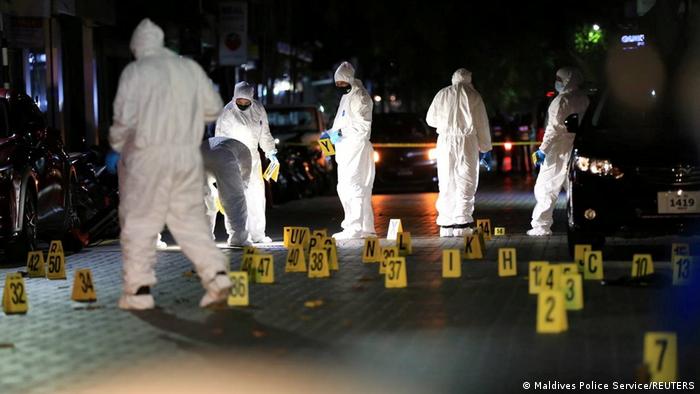 Nasheed has been an outspoken critic of religious extremism in the mainly Sunni Muslim nation, where the preaching and practicing of other faiths are illegal. Religious hard-liners have criticized him for his liberal policies and closeness to the West.

He currently serves as the Maldives' parliamentary speaker.

There has so far been no claim of responsibility for the assassination attempt. However, police said they arrested three out of four suspects in connection with the explosion.

Nasheed became the first democratically elected president of the Maldives, an Indian Ocean archipelago of some 340,000 people, in 2008 — only to be toppled in a coup in 2012. 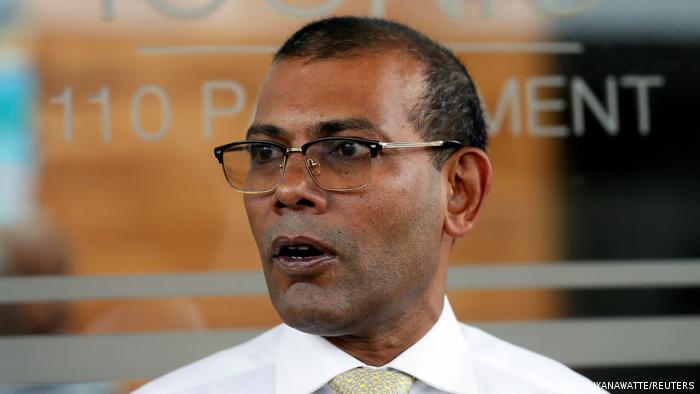 He is best known internationally for leading the fight against climate change and rising sea levels that pose a threat to the low-lying nation of more than 1,000 coral islands.

Mohamed Nasheed has been hospitalized after a device exploded near his home. No group has claimed responsibility for the blast.

Mohamed Nasheed, the island nation's first democratically elected president and now its parliamentary speaker, was targeted as he got into his car. Doctors say his injuries are not life threatening.