Mohamed Nasheed has been hospitalized after a device exploded near his home. No group has claimed responsibility for the blast. 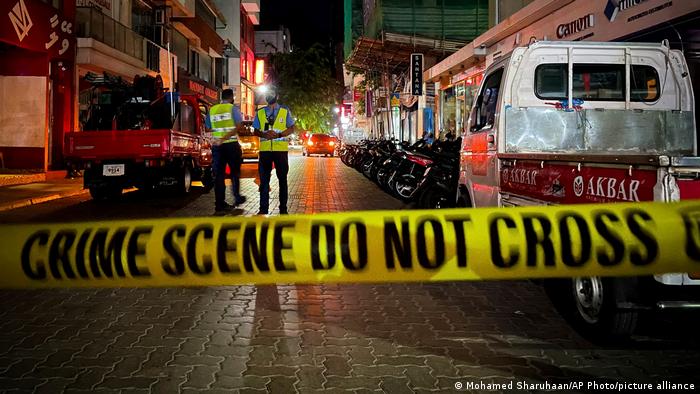 Former Maldives President Mohamed Nasheed is in a "critical condition" a day after he was injured in an explosion on one of the country's tropical islands, his hospital said on Friday after a series of surgeries.

"He remains in a critical condition in intensive care," the private ADK hospital said of Nasheed, adding that he underwent life-saving surgery for injuries to his head, chest, abdomen and limbs.

Current President Ibrahim Mohamed Solih condemned the incident as an attack on the country's democracy and economy.

Solih — a close political ally of injured Nasheed — added that Australian Federal Police investigators would arrive on Saturday to assist an investigation.

The 53-year-old was wounded in the blast Thursday night outside his home in the capital city of Male.

He was getting into his car when the blast occurred. Local media reported that a homemade explosive device was planted on a motorcycle parked near his car. 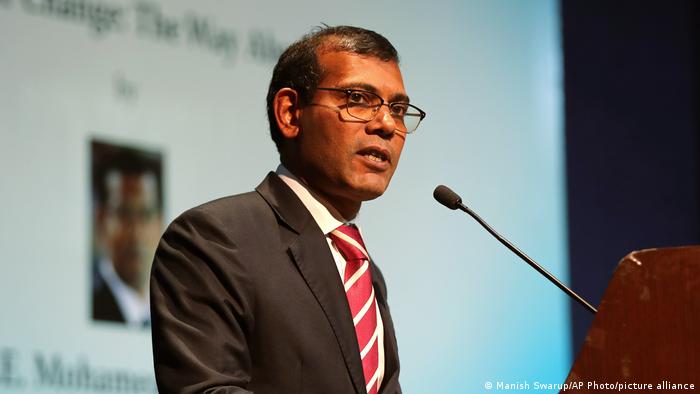 Images on social media showed a destroyed motorbike at the scene of the attack. Armed police units and security forces cordoned off the area. No group has claimed responsibility for the explosion.

Nasheed was taken to hospital in the capital to be treated for shrapnel wounds.

Home Minister Imran Abdulla said that his injuries were not life-threatening.

A spokesperson from Nasheed's ruling Maldivian Democratic Party (MDP) said the former leader would be undergoing surgery on Friday.

'He will never be intimidated'

"Strongly condemn the attack on Speaker of Parliament, President Mohamed Nasheed this evening. Cowardly attacks like these have no place in our society," Foreign Minister Abdulla Shahid said in a tweet on Thursday.

"My thoughts and prayers are with President Nasheed and others injured in this attack, as well as their families," he added.

"Wish him a speedy recovery. Know that he will never be intimidated."

Who is Mohamed Nasheed?

He was forced to resign three years later in a coup after protests against his rule. He failed to reclaim the presidency despite several attempts.

Nasheed remained an influential figure and was elected Parliament speaker in 2019, a post he currently holds.

He has championed global efforts to fight climate change, particularly rising seas threatening the low-lying islands of his archipelago nation.

He has also been an outspoken critic of religious extremism in the predominantly Sunni Muslim nation.

Nasheed is a former Amnesty International prisoner of conscience. He was sentenced to 13 years in prison in 2015 on terrorism charges that critics said were politically motivated.

The political situation in the Maldives

The archipelago has been known in the past for political unrest as well as Islamist militant violence, despite a crackdown on extremism.

A bomb blast wounded a dozen foreign touriststs in Male in 2007.

The so-called Islamic State claimed a boat arson attack last year but there is little evidence the group has a presence in the archipelago.