The COVID-19 pandemic has wreaked havoc on the global economy, and the Maldives is no exception. But the tourism-dependent island nation may find the path to recovery a lot harder. 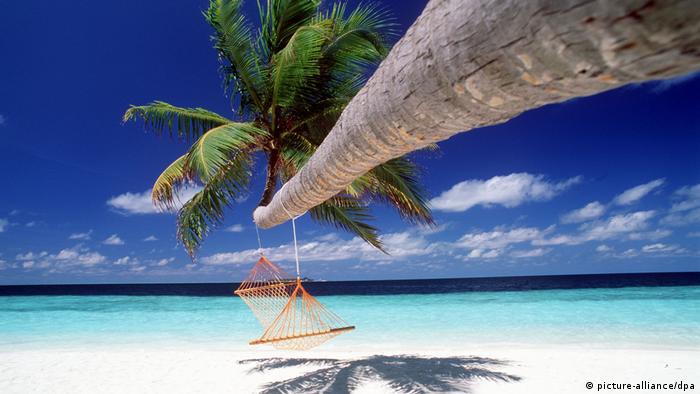 The Maldives is an ocean paradise, known for its typical postcard image of white sandy beaches, turquoise blue sea and beautiful reefs. The idyllic archipelago in the Indian Ocean has become a prime luxury holiday destination, particularly popular among the wealthy. In 2019, it attracted a record 1.7 million tourists.

Encouraged by the massive influx of holidaymakers, the country set an ambitious target for 2020: receiving 2 million tourists. That was before the coronavirus pandemic brought the world to a standstill.

The tropical nation with a population of 400,000 is heavily dependent on tourism for its foreign exchange earnings. Tourism, directly and indirectly, accounts for nearly two-thirds of the country's gross domestic product (GDP), according to the World Bank. The industry also employs the single largest proportion of the Maldivian workforce.

Its biggest market is China, where the virus was first detected in December before it spread worldwide. More than 250,000 Chinese tourists visited the Maldives in 2019. India and Italy are in the second and third positions — the latter being the worst-hit country in Europe in terms of deaths.

It's no surprise that despite the low number of confirmed COVID-19 cases, and zero related deaths in the Maldives, the country's economy is expected to take a major hit. The Maldives has so far reported 21 cases, 14 of which were either foreign tourists or expatriate resort workers, placing the tourism industry at the center of the crisis. 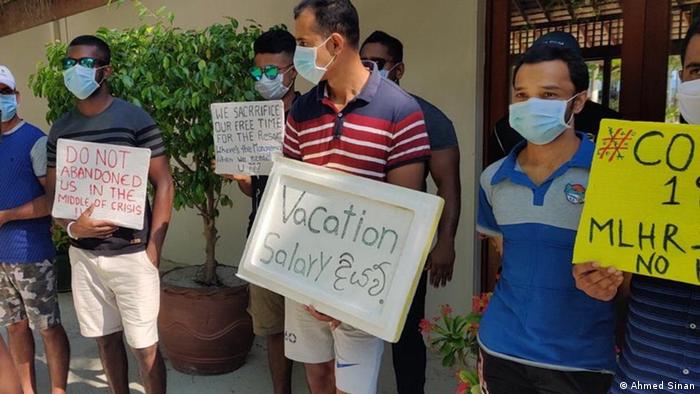 After the government's declaration of an indefinite lockdown and a ban on incoming tourists, many resort workers were forced to take unpaid leave

While the risk to public health in the island nation is relatively low, the economic costs are estimated to be devastating. As in most countries around the world, the working class in the Maldives, particularly from the hospitality industry, is disproportionately affected.

As resorts and hotel chains shut down business following the government's declaration of an indefinite lockdown and a ban on incoming tourists, resort workers were forced to take unpaid leave.

The management in "about 90% of resorts have decided to send their workers on no-pay leave or cut their salaries by up to 15-20% of the basic salary," said Mauroof Zakir, secretary-general of the Tourism Employees Association of Maldives, a trade union for tourism workers in the country.

"This is going to be a very difficult time for the tourism industry workers. According to our estimates, over 11,000 workers will be sent on no-pay leave," Zakir told DW.

Some resorts are also laying off their workers by refusing to renew contracts of workers on probation period or those who are on fixed-term contracts, and outsourced workers, he said.

The union has three major demands: no forced unpaid leave, no layoffs and the implementation of unemployment benefits. "Government is also focusing on providing a stimulus package only to the resorts and hotel chains and not (any aid) to the workers," Zakir said. "Aid packages must be targeted to the workers and not to the employers."

The trade union has had some success so far. "The union and our members have negotiated with the management of a few resorts and they have agreed to grant their workers paid leave," the union representative said. "They will get their basic salary for the next three to six months. If the operation resumes then they will return to work in those resorts."

The Maldives: Tourism boom in an endangered paradise

A significant number of resort workers are migrants from South and Southeast Asia. The union has also called for their protection, claiming that they are being forced to leave the resorts and sent to the capital Male. "We can't just let them be without any shelter," the union said, seeking repatriation plans for their colleagues.

The Global rights organization Human Rights Watch (HRW) has flagged the added risk faced by migrant workers in the Maldives, calling on authorities to ensure the workers have access to healthcare.

"There are about 100,000 migrant workers in the Maldives making up roughly 25% of the islands' total population," said Patricia Gossman, associate Asia director for HRW. "This population is vulnerable to seeing a much larger number of cases because they live in congested shared quarters and do work that does not make it possible for them to practice strict social distancing," she said.

Many tourists were reportedly stranded in the island nation after the government announced an indefinite lockdown to curb the spread of the coronavirus on March 25. It stopped issuing visa-on-arrival and closed its borders to incoming tourists.

The case of a South African couple marooned in the Maldives made headlines around the world, as they spent their life savings as the only guests at an upscale resort. The couple finally left the island last week after special arrangements were made.

Ali Waheed, the country's tourism minister, said last week that around 1,000 tourists remained in the Maldives, but most of them have stayed back by choice. The tourists are lodged at some of the few resorts that decided to remain open and offer discounted rates. 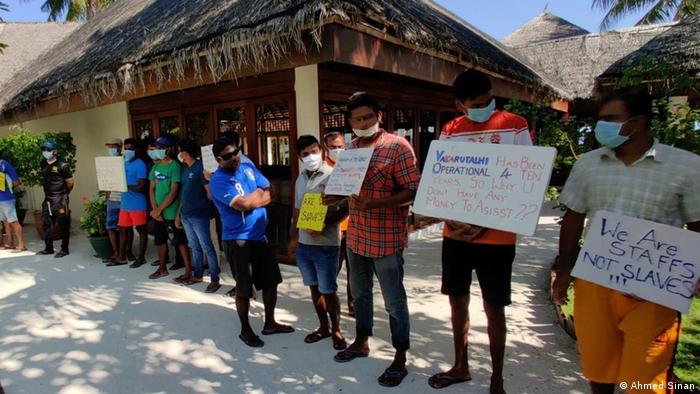 In light of the recent developments, the World Bank projects the real GDP of the Maldives to contract by 8.5% in 2020. "This is mostly due to the slump in tourism, which directly and indirectly accounts for two-thirds of GDP, but also due to suppressed construction activity," it said.

"The national poverty rate is expected to increase as households close to the poverty line would likely fall into poverty due to the loss of income sources."

US credit rating agency Fitch downgraded the Maldives to "B" and revised its outlook from stable to negative.

"Fitch expects the Maldives' economy to be hit hard by the coronavirus pandemic because of the dominance of the tourism sector," it said in a statement. "The Maldives has recorded few COVID-19 cases so far… but tourism receipts will nevertheless remain close to zero for months due to global conditions."

Many in the Maldives see the pandemic as an opportunity to not only diversify the economy. Maldivian blogger and activist Muna Mohamed believes the government needs to do more than just diversify. "It's an opportunity to restructure the tourism industry to benefit the locals, as well as diversify," Mohamed told DW.

"Also, the foreign exchange earnings don't come to our local banks. We need stringent laws for that," she said. "The government needs to (find a) balance."

While the country has become wealthier in the past few decades, many continue to languish in poverty. The Maldives' GDP per capita went from $200 in 1978 to $11,890 in 2018. Poverty, however, remains a concern. People in the southern atolls are particularly affected by poverty, with almost 1 in 5 being poor.

"We are also calling for a more inclusive, resilient sustainable economy and we don't believe that's something hard to achieve if tourism tycoons stand by their words of helping communities," Mohamed said.