Former Georgian President Mikhail Saakashvili has announced plans to fight corruption in Ukraine with a new opposition party. Saakashvili resigned from his position as governor of Odessa earlier this week. 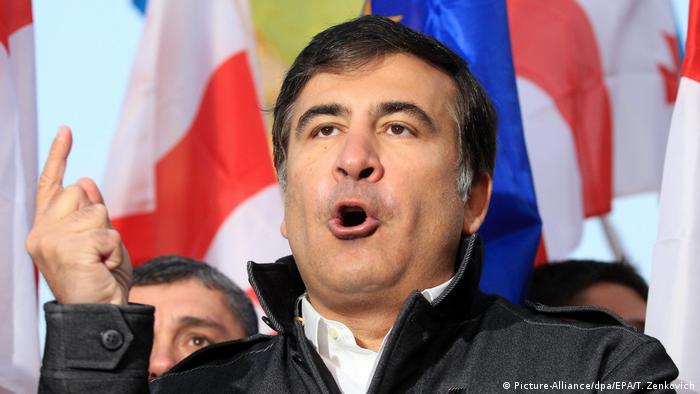 Saakashvili, who served as Georgia's president from 2004 until 2013, left his country after a war with Russia in 2008. On Friday, he said his new party would fight corruption in Ukrainian politics and try to bring about early elections. "Our goal is to force early parliamentary elections as soon as possible," he said.

Ukraine is scheduled to host their next legislative polls in 2019. Currently, the Ukrainian parliament is led by the parties of Ukrainian President Petro Poroshenko and Prime Minister Volodymyr Groysman. Other parliamentary members include populists and nationalists that may support Saakashvili.

Saakashvili assumed Ukrainian citizenship after the 2014 Ukrainian revolution and became governor of Odessa in May 2015. He resigned from his post Monday, accusing Poroshenko of blocking reforms in the coastal region.

Saakashvili joined a number of foreign politicians who resigned or who were dismissed due to the growing disillusionment with the pace of reforms after the revolution removed Russia-backed President Viktor Yanukovych.

"[Poroshenko] had a chance to use me for implementing real reforms in this country, but it turned out that the real reforms and his wealth are opposite things," said Saakashvili. Poroshenko is also one of Ukraine's wealthiest businessmen.

Saakashvili said his party would not have ties to major businesses and would not accept politicians who had been in public life too long. "We will win only when we get rid of the so-called Ukrainian political elite, in reality - the dregs of society, those who are identical to the Russian ruling class," said Saakashvili, who is staunchly against neighboring Russia.

Ukraine's Western allies remain concerned about bribes and insider dealing nearly three years after the revolution that appeared to offer a fresh start for one of Europe's poorest nations. "As long as we have authorities that want to neglect national interests, that are trading away national interests at every corner, we cannot protect ourselves from our enemies," said Saakashvili.