The Islamic State of Iraq and Syria (ISIS), now simply the "Islamic State," continues to advance in northern Iraq, prompting US airstrikes against the Sunni extremist group. DW looks at the group's origins and goals. 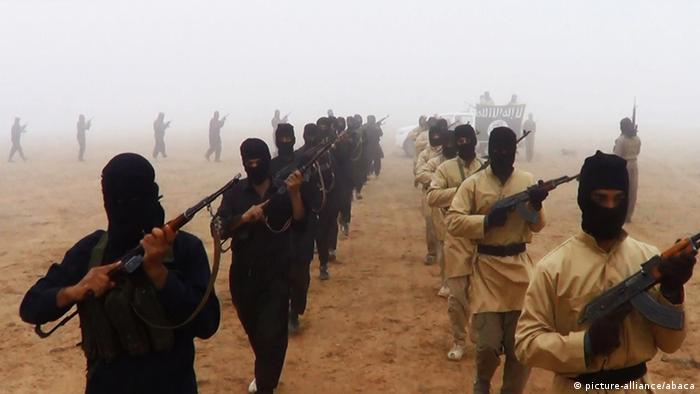 The "Islamic State" is a militant Sunni Muslim extremist group that emerged out of the remnants of Al Qaeda in Iraq (AQI).

Although initially made up predominantly of ex-soldiers and Hussein loyalists, the insurgency grew increasingly radical as Islamist militants led by Abu Musab al-Zarqawi infiltrated its ranks. Originally a petty criminal, Zarqawi was radicalized in a Jordanian prison and fought in Afghanistan against the communist government in Kabul - which was abandoned by the Soviet Union - from 1989 to 1992.

Zarqawi was arrested again by the Jordanians in 1994 for plotting against the country's monarchy, but was subsequently released in 1999 as part of a general amnesty granted after King Hussein's death.

Zarqawi returned to Afghanistan, but was forced to flee for northern Iraq after the US-led invasion toppled the Taliban in 2001. Once in Iraq, Zarqawi reportedly led the Arab faction within the Kurdish militant group Ansar al-Islam. He subsequently founded al Qaeda in Iraq (AQI).

In 2006, AQI bombed the al-Askari mosque in the city of Samarra, severely damaging one of the holiest sites in Shia Islam. The attack triggered a brutally violent sectarian civil war that raged between Sunnis and Shiites until 2008.

Zarqawi's militants were so vicious and indiscriminate in their attacks that Sunni tribes in Iraq's western Anbar province turned against AQI and allied themselves with US forces. This became known as the Sunni Awakening. In June 2006, the US killed Zarqawi in an airstrike. He was succeeded by Abu Ayyub al-Masri and Abu Omar al-Baghdadi, and AQI was renamed the Islamic State of Iraq (ISI).

In 2007, Washington launched its so-called "surge," pouring more than 20,000 additional troops into Iraq. US and Iraqi forces killed al-Masri and Abu Omar al-Baghdadi during a raid in 2010. Violence in Iraq was significantly reduced during the surge, and it appeared that ISI had been largely defeated. 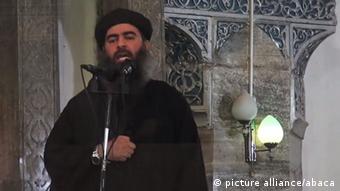 ISIS takes the fight to Syria

But after the withdrawal of US troops from Iraq in December 2011, ISI began to regroup with Abu Bakr al-Baghdadi emerging as its new leader. He renamed the Sunni militant group the Islamic State of Iraq and Syria (ISIS), reflecting its broader aims. Abu Bakr al-Baghdadi had reportedly lived and worked with Zarqawi in Afghanistan.

As neighboring Syria descended into civil war in 2011, ISIS moved across the border and joined the fight against President Bashar al-Assad. But ISIS had a falling out with al Qaeda central in Pakistan, led by Ayman al-Zawahiri since the death of Osama bin Laden at the hands of US special forces in 2011. ISIS had sought to merge with another al Qaeda-linked group in Syria, al-Nusrah Front, a move that Zawahiri rejected.

Declaration of the "Islamic State"

Despite the apparent falling out with al Qaeda, ISIS made significant gains in Syria, fighting both Assad forces and moderate rebels. After establishing a stronghold in Syria's northeast, ISIS launched an offensive across the border into Iraq, capturing the country's second largest city of Mosul on June 10, 2014. ISIS has made steady advances across northern and western Iraq as the country's federal security forces have largely collapsed.

At the end of June, ISIS declared the "Islamic State" across the Iraqi-Syrian frontier, with Abu Bakr al-Baghdadi as its caliph. The "Islamic State" has imposed a ruthless form of Sharia law, forcing women to wear veils under the threat of execution. Religious minorities such as Christians and Yazidis have fled, after being threatened with death if they don't convert to Sunni Islam or pay a tax. Shiites have also been ruthlessly targeted.

The "Islamic State" is now stronger than ever before. During its offensive, the militants have looted hundreds of millions of dollars in cash and captured several oil fields in Iraq and Syria. The group has also seized US military armament from Iraqi government forces, giving it additional firepower.

The Lebanese military is fighting jihadists from Syria. It wants to prevent Syria's war from spilling over into Lebanon for good. But complicated confessional loyalties in the country make this a difficult task. (06.08.2014)