EU′s mishandled millions not reaching refugees | Europe| News and current affairs from around the continent | DW | 25.01.2017

Despite millions of euros available for relief efforts, refugees in Greece continue to live in terrible conditions as the government and NGOs trade accusations of mismanagement. Pavlos Zafiropoulos reports from Athens. 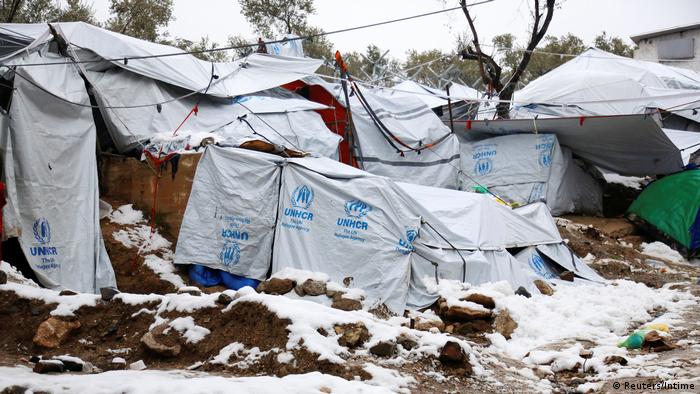 On January 18, Dimitris Avramopoulos, European Commissioner for Migration, arrived on the Greek island of Lesbos. The reason for his visit was simple, if disheartening: a wave of bitterly cold weather had blanketed much of Greece in snow, and with it the country's refugee camps. In the world's richest continent, images emerged of refugees - many of them children, elderly or disabled -battling sub-zero temperatures with little more protection than tents and blankets.

A few days earlier Ioannis Mouzalas, the country's Minister for Migration, had stated, "No refugee or migrant is in the cold."

Avramopoulos called on authorities and NGOs to do more. Pointedly he noted that Greece was the single biggest recipient of EU Home Affairs funding, with 1 billion euros ($1.1 billion) made available over two years in financial support.

So where has the money gone? And why has the country proven unable to provide rudimentary living conditions for many of the roughly 50,000 refugees?

The numbers in brief

The fact is that the 1 billion-euro figure touted by Avramopoulos conflates a number of funds many of which have not yet been spent. Nevertheless the funds that have already been awarded to the government or NGOs remain substantial. 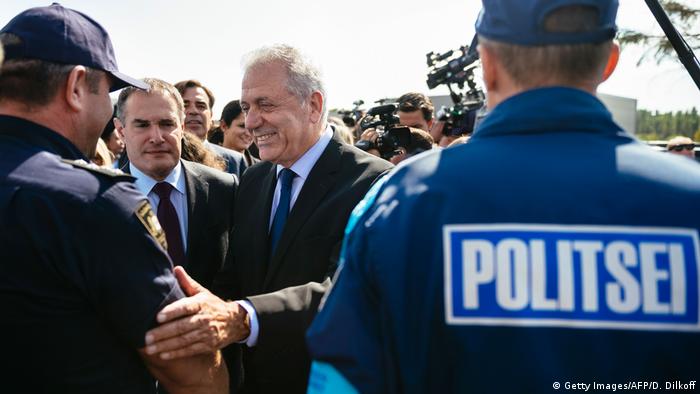 Since the start of 2015, the Greek government, according to data from the European Commission and the Greek Ministry of Development, has absorbed 179 million euros of emergency funds from the Directorate General of Home Affairs (DG HOME). This is in addition to 60 million euros from the 509 million euros of long-term funding allocated to Greece for the period 2014-2020.

An additional 186 million euros of emergency funding has also been contracted to a number of major NGO's for humanitarian assistance in Greece from the Directorate General for European Civil Protection and Humanitarian Aid Operations (DG ECHO) for projects starting in 2016. An additional 500 million euros has been earmarked for this fund until 2018.

Mouzalas has often pointed to the large sums disbursed to NGOs as opposed to the government as one of the main reasons for the ongoing problems faced by refugees in the country.

"We do not have the financial control of these funds," he said following Avramopoulos's visit to Lesbos, arguing that the government could use them more effectively.

Yet others claim that this is an attempt to cover up the government's own shortcomings. "For Mouzalas, someone else is always to blame," says Odysseas Boudouris, the former General Secretary of First Reception. Initially tasked with overseeing efforts to care for refugees and migrants entering the country, Boudouris resigned from his position in September, alleging serious mishandling of the crisis on the part of the minister.

Specifically Boudouris has accused Mouzalas of refusing to transfer key competencies to the newly established General Secretariat. This, Boudouris says, was part of a concerted attempt on the part of the minister to establish a 'parallel system' by which the disbursal of European funds would be controlled by a tight circle of close advisers. Mouzalas has repeatedly described the allegations, which have been widely publicized in Greece, as baseless "slander."

Boudouris claims that the efforts to control the disbursal of EU funds has contributed to major delays and the haphazard efforts to house refugees.

"We are following a recipe for failure, even though the government had the wisdom to pass a law that was correct, but which was never implemented," Boudouris told DW.

The curious case of Softex

As a case in point, Boudouris points to an attempt to create acceptable living conditions at the site of Softex, an abandoned textiles factory close to Thessaloniki. Refugees first moved into that camp after Greece's border with Macedonia was sealed in the spring of 2016. The camp quickly became known for its squalid conditions.

Boudouris claims that the General Secretariat was subsequently approached in the summer by ASB, a major German NGO, with a proposal to create a new facility housing 1,500 people in container home with 2.5 million euros that had been made available by DG ECHO. However, Boudouris says an adviser close to Mouzalas, who had been appointed to oversee all of the technical works related to the refugee crisis, blocked the specific venture, proposing instead another plan that was earmarked at 8.6 million euros.

As this sum was far above the funds that were available to ASB, in an email seen by DW, the NGO wrote to the minister's office requesting the Ministry "jointly agree on a layout of the camp that would incorporate a reduction of the financial amount to 4.5 million euros in total for the camp." However the Ministry refused to change its plans and ASB's plan for the site remained on the shelf.

In response to questions from DW about the site, ASB responded that the difference in the costs between the two proposals was because the Ministry's plan was for a longer-term camp with more sophisticated container homes, compared to ASB's plan for a semi-permanent camp.

In any event, the Ministry's plan to create a major permanent facility in the Softex site has yet to be realized. While some container homes have since been installed, hundreds of refugees continue to live to this day in tents.

NGOs and international organizations, meanwhile, say poor planning on the part of the government have contributed to the funds not reaching vulnerable groups. 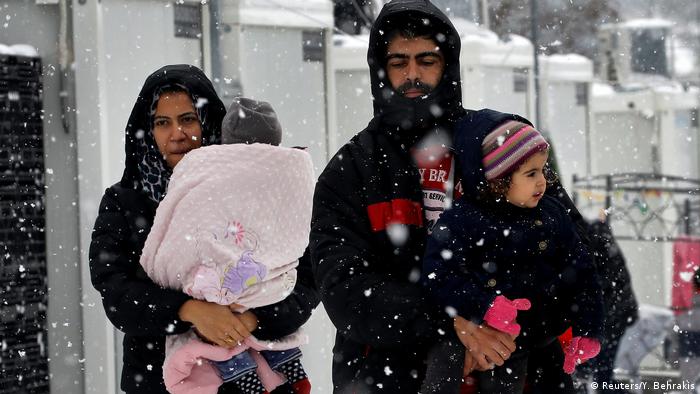 The UNHCR, for example, has come under fire for winterizing only eight of the estimate 40 camps in Greece despite having spent 13 million euros since April expressly for that purpose. But Roland Schoenbauer, a spokesperson for the UNHCR, told DW that those were the only camps where their assistance for winterization efforts had been requested by the Ministry which is ultimately responsible for coordinating the response.

"There was an uncertainty which of these initially temporary sites would be maintained and would be worth upgrading... and which ones would be closed. There was no clarity about this question for a number of sites for several months," he said.

However many also argue that focusing purely on how funds are utilized distracts from a broader picture: namely the lack of political will in Europe to do anything other in the face of the refugee crisis in Greece than throw money at the problem.

"It was scandalous, after the snow in Lesbos to have the representative from the European Commission saying we have been doing everything to help the Greek authorities but we can not do it in their place," Loic Jaeger, MSF's Head of Mission in Greece, told DW. "[The camp at] Moria has been built with European money. You have two European agencies which are Frontex and EASO operating in the center. And the fact that [the camp] is full is due to a European decision that people who arrive on the islands should not be allowed to travel to the mainland. How can they pretend they have nothing to do with this?"