In the wake of a six-month extension, the European Commission chief called on the UK to “make use of this time." He also urged Germany to increase its spending to "boost investment." 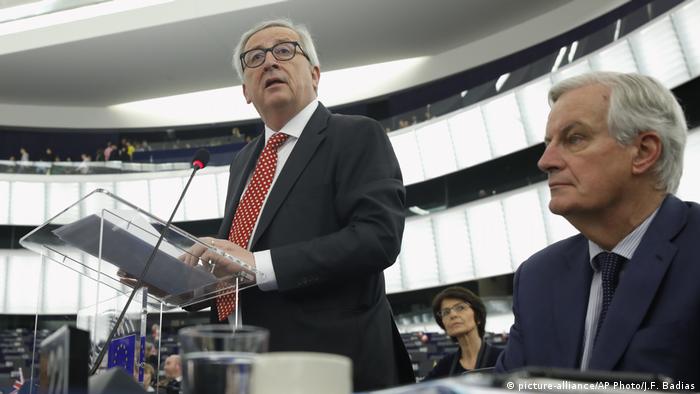 Despite a six-month extension on Brexit, the UK still runs the risk of leaving the European Union without a deal, European Commission President Jean-Claude Juncker said on Saturday.

Juncker called on the UK to take full advantage of the delayed October 31 deadline to hammer out the details of its departure from the EU in an interview with Germany’s FUNKE Mediengruppe.

"I hope that the British will make use of this time and not waste it again. We cannot keep on putting off the withdrawal date indefinitely. The best solution would be for the British to adopt the Withdrawal Agreement during the extra time that has been agreed," said Juncker.

"Nobody knows how Brexit will end. This is creating great uncertainty. There is still a fear that there will be a hard Brexit without any withdrawal treaty arrangements," Juncker continued, referring to the adverse effects of Brexit on Europe's economy.

The Brexit deal negotiated by UK Prime Minister Theresa May was rejected three times by the British Parliament before she accepted the extension offer from EU leaders earlier this month.

Juncker is set to meet US President Donald Trump at the June G20 meeting in Osaka. He is anticipating a "lively discussion," he said. "The last discussion lasted six hours and it is good that you were not there," Juncker continued, referring to the raised voices at their last meeting.

As Washington hit the EU with tariffs and the threat of more in recent months, trade relations between the US and the bloc have taken a turn for the worse.

Read more: EU backs start of trade talks with US

Juncker has tasked Germany and other countries to increase spending in order to boost growth in the EU.

His comments come a day after Germany’s finance minister, Olaf Scholz, rejected discussions of a stimulus plan for the country's economy.