Researchers have discovered a crustacean with plastic particles in its body. By giving it the name Plasticus, they want to set an example against pollution. The animal lives in the deepest waters of our planet. 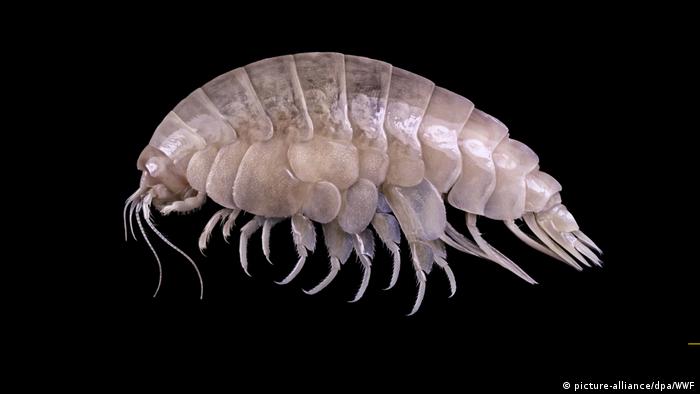 The little guy pictured above lives in the Mariana Trench, at a depth of 6,500 meters (more than 20,000 feet). The underwater canyon, which ultimately reaches a depth of 11,000 meters, and is thus the deepest point on earth, lies off the Philippines. Due to the remote location, these deep-sea trenches of our world's oceans are home to many creatures that are only indigenous there.

Researchers from British Newcastle University, which is also located in Malaysia and Singapore, caught a total of four specimens of this "amphipoda," which is a kind of crustacean with no protective shell and a laterally compressed body. Three of the four contained no plastic particles, but one of them did.

The research team has therefore given the animal the name Eurythenes plasticus.

"With this name, we want to send a strong signal against marine pollution," said the head of the research team, Alan Jamieson. The researchers wanted "to make it clear that we urgently need to do something about the plastic flood."

The scientists described the species, which grows up to five centimeters long, or about two inches, in the journal Zootaxa.

The plastic polyethylene terephthalate (PET) found in the tiny crustacean is used, among other things, to manufacture disposable drinking bottles, films and textile fibers.