Tense relations between the West and Moscow have clouded the opening of the International Economic Forum in Russia's second-biggest city. But EU energy companies didn't seem to mind, signing a new gas deal with Gazprom. 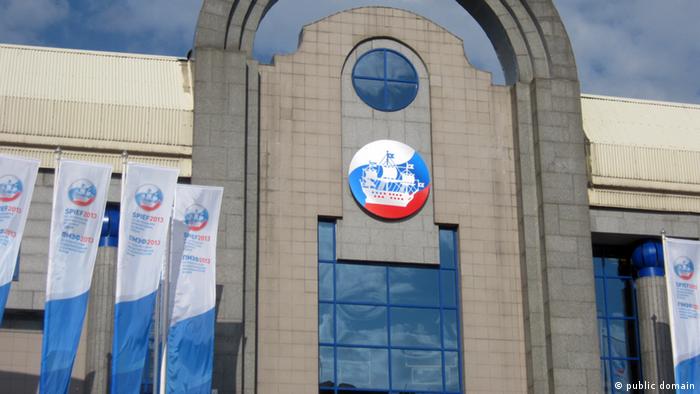 It's been billed as Russia's Davos, but the main thing St. Petersburg has in common with the Swiss ski resort these days is frosty temperatures. As the International Economic Forum (SPIEF) got underway Thursday, relations between Russia and the West remain at their lowest point since the Cold War.

The ongoing stand-off over the crisis in Ukraine meant that most US business leaders had declined their invitation to attend the three-day summit in the palatial port city overlooking the Baltic Sea. For European executives, however, it's not so simple.

On Thursday, there was at least a semblance of normalcy, when energy firms E.ON, OMV and Shell inked a deal with Russian utilities giant Gazprom to expand the Nord Stream gas pipeline.

The joint venture would see the two proposed new pipelines deliver up to 55 billion cubic metres annually by running beneath the Baltic Sea into Germany, and so circumventing conflict-ridden Ukraine.

"The Nord Stream gas pipeline has shown that the transport of gas under the Baltic Sea is a reliable solution that is contributing to meeting energy needs," E.ON said in a statement.

The EU relies on Russia for nearly a quarter of its gas supplies, but the crisis in Ukraine, which geographically separates the two, has repeatedly threatened to cut off deliveries. That has prompted Russian energy companies to look for alternative routes. One such effort is the so-called Turkish Stream underwater pipeline, which would bring Russian gas to Europe via the Black Sea. However, talks between the heads of Gazprom and the Turkish Energy Ministry scheduled for this week in St. Petersburg were postponed Wednesday.

The Nord Stream deal also comes as many European executives are growing increasingly worried that they could lose vital Russian business to rival China. Moscow and Beijing have taken significant steps towards deepening economic ties in recent years - culminating in 2014 with a $400-billion, 30-year gas supply deal.

However, the Kremlin would not turn its back on Europe, former Russian finance minister Alexei Kudrin assured western executives in St Petersburg on Thursday, adding that the current impasse with the West posed one of the biggest challenges facing his country. 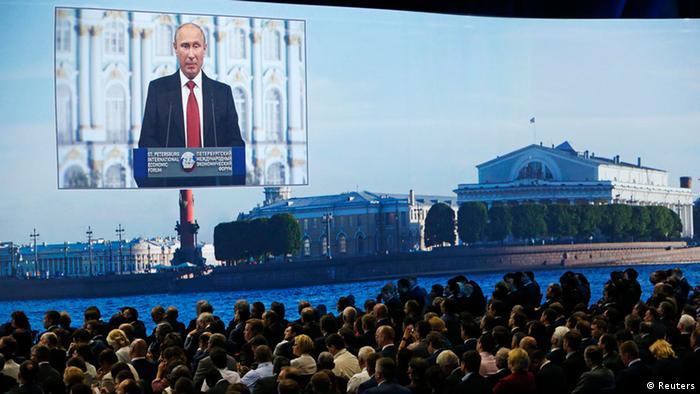 But this week's developments suggested that things are likely to get worse before they get better.

Speaking at the SPIEF, economic adviser to the Kremlin, Andrei Belousov, warned that Moscow may lash back at the EU, after European leaders on Wednesday voted to extend the economic sanctions against Russia until the end of January, 2016.

"We are looking at a wide range of actions. I don't want now to name the measures that could be taken. Much will depend on what decision the EU takes," Belousov told reporters.

Russian Deputy Prime Minister Arkady Dvorkovich was more blunt, telling The Associated Press in an interview on Thursday that Moscow's embargo on Western food "[would] stay" as long as the EU and the US kept their sanctions in place.

Eye of the storm

The sanctions imposed by Brussels and Washington have dealt a huge blow to the Russian economy, which this year posted negative growth for the first time since 2009. Spiralling oil prices have proved a further drag on the Kremlin's coffers. On Monday, the central bank in Moscow warned that if oil prices remain at its current level of $60 a barrel, the country's economy would shrink for the second year in a row in 2016.

"Where are we in terms of growth? We are in the eye of the storm," Alexei Kudrin said in St. Petersburg.

Meanwhile, meeting with businessmen outside the city, President Vladimir Putin urged Russians to hold on to their gold and foreign exchange reserves, saying they were "a safety cushion" which could help maintain political stability in the country.

The Nord Stream 2 gas pipeline, built to meet Germany's future power needs, is seen as controversial for allies like the US. The project faces renewed calls to be shelved amid a standoff between Russia and the West.

The German oil company expects to be paid back the hundreds of millions in loans toward the project should the contentious gas pipeline ultimately never be switched on.