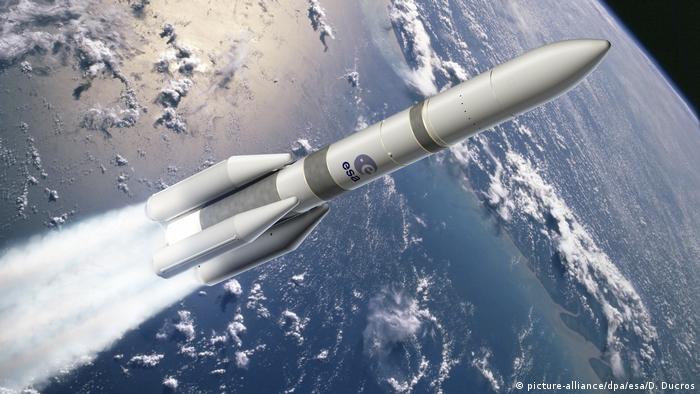 European space exploration is getting its biggest financial boost in 25 years. At a conference in Seville, Spain, the 22 member states of the European Space Agency (ESA) on Thursday agreed on a €14.4 billion ($15.8 billion) budget for the next five years.

What will the money be used for?

In addition to these projects the ESA agreed on new focuses:

Referring to Germany's contribution, the government's coordinator of aerospace policy, Thomas Jarzombek stressed that "we have demonstrated that we are a reliable partner of ESA."

He said Germany will be able to strengthen the role of small-and medium-sized companies in space exploration and "we managed to help enable the European moon mission with a contribution of €55 million."

ESA is closely watching the US space agency NASA's Artemis mission, which aims to send astronauts to the moon by 2024. European states are so far merely providing a module for the Orion spacecraft, but ESA chief Wörner on Thursday assured member states that "we will send Europeans to the moon."

Bavarian Premier Markus Söder was mocked on social media for the self-referential ambitious new plan. Bavaria wants not only its own space program, but also its own Hyperloop track. (05.10.2018)

Why isn't Germany taking over the moon?

By and large, "Made in Germany" is not the driving force behind companies in Europe's powerhouse preparing to go to space. The country spends millions on the industry but not nearly enough, say critics. (21.10.2019)

NASA has shown off a new generation of spacesuits tailored for future moonwalking astronauts. The US space agency says the new suits make it much easier to walk, bend and squat when walking on the lunar surface. (16.10.2019)