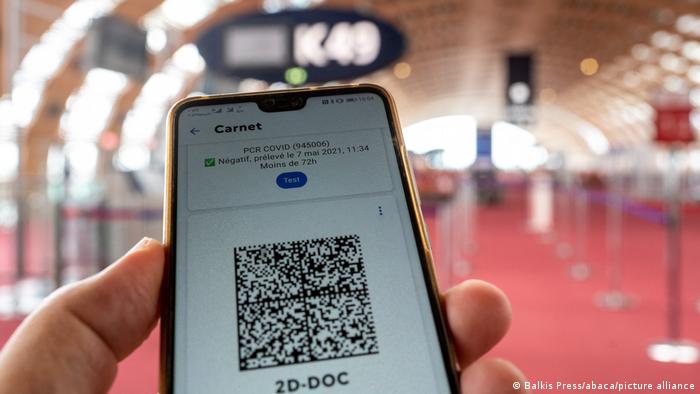 The European Parliament announced its authorization of the use of digital COVID certificates within the European Union on Wednesday, saying that it is now up to member states to apply the rules.

The parliament voted on Tuesday evening, passing the proposal with 553 votes for and 91 against, with 46 abstentions. The measures will come into effect from July 1 and will last for 12 months.

The EU parliament website said that 23 countries were "technically ready," and that nine of those were already employing some form of validation certificate.

Spanish member of the European Parliament Juan Fernando Lopez Aguilar, who chairs the committee on civil liberties, emphasized the value of free movement for EU citizens during a plenary session on Tuesday.

"We want to send out the message to European citizens that we are doing everything we can to restore freedom of movement," he said.

Justice Commissioner Didier Reynders explained that any such certificate "will be free of charge, will be issued by all member states and will have to be accepted across Europe. It will contribute to a gradual lifting of restrictions."

The certificates will be available either in paper or digital format, and contain a QR code that authorities can scan to access information.

German member of the European Parliament Birgit Sippel added that it is up to EU countries to harmonize travel rules across the block while also welcoming the certificates as a benefit for "people who travel for work, families that live in border areas, and for tourism."

The proposed certificates have raised concerns about uniform freedoms for EU citizens, as well as issues around data privacy.

European Parliament members highlighted the importance of nondiscrimination, saying that the certificates should facilitate travel — but not end up as a backdoor to requiring vaccination.

The certificates would allow for people who have not yet been fully vaccinated to continue to travel, with application of testing and quarantine.

Cornelia Ernst, a member of European Parliament from Germany's Left Party, said during the plenary session: "We need to defend everyone's freedoms — not just holidaymakers."