Police have said forged coronavirus vaccine documents are becoming an increasing problem. The issue has arisen amid lockdown relaxations for people who have been vaccinated against or recovered from coronavirus. 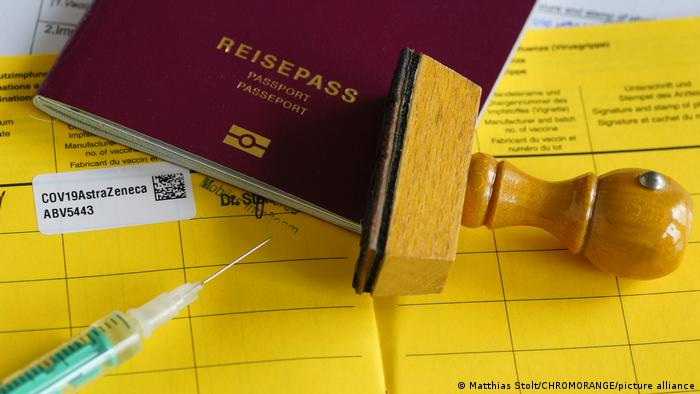 Police officials in Germany on Thursday warned that criminals had already begun to sell illicit proof of COVID-19 vaccinations and that the problem looked set to linger.

The warning comes after Germany lifted certain lockdown requirements for individuals who have been vaccinated against or recovered from coronavirus.

What are there police concerns?

Police officials warn that potentially infectious individuals could use the forgeries to escape travel quarantine requirements or access services that otherwise require negative coronavirus tests and spread the virus.

"The problem already exists today and will remain an issue for quite a while, since a complete vaccination will be associated with either an exemption from basic rights restrictions or, it increasingly appears, with travel entry or exit advantages," the chairman of the Federation of German Detectives (BDK), Sebastian Fiedler, told the German newspaper Handelsblatt.

Fiedler said the problem posed to law enforcement did not appear to have been considered when politicians introduced the relaxations for parts of the population.

"I consider the problem with forged vaccination passports to be a typical example of a new phenomenon that could have been easily predicted," he said.

"Vaccination cards or other vaccination certificates are anything but forgery-proof," he told the Osnabrücker Zeitung newspaper.

"For the police, however, a forgery on paper is extremely difficult to detect if it is not too clumsy," he said.

Wendt proposed that police officers, border guards and municipal law enforcement officers should be granted access to the vaccination database of the Robert Koch Institute (RKI). Such data has so far only been reported anonymously by the vaccination centers, and that should now change, Wendt said.

"The data would have to be transmitted to the RKI completely; That is to say, with names, personal data and vaccination date, and also stored there in a retrievable form."

German Health Minister Jens Spahn has said Berlin hopes to roll out a digital immunity certificate by the end of June, making it easier to definitively prove that a person has been fully vaccinated.

People who have been fully vaccinated against COVID-19, and those who have recovered from it, became exempt from many restrictions in Germany from last Sunday.

Under the new rules, curfews and limits on social contacts no longer apply to them, and they no longer have to present a negative test result to access certain services.

The German government on Wednesday agreed to let travelers with proof of recent infection or vaccination to avoid testing and quarantine when entering the country, unless coming from areas of particular concern.