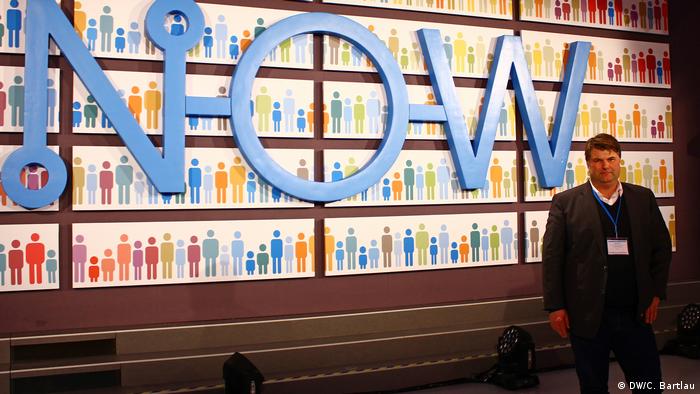 Fifty-year-old Tjark Bartels (pictured), who became the mayor of the Lower Saxony administrative district of Hameln-Pyrmont in 2013, has always thought that he had a thick skin. Last autumn, however, it emerged that a group of men had repeatedly raped 32 children and teenagers at a campsite in his jurisdiction over a prolonged period of time during his tenure, and he was forced to admit that his district office carried part of the blame. As a result, Bartels was subjected to online vitriol and even received a death threat. He was diagnosed with burnout syndrome, and he requested to go into retirement in October 2019.

"My body applied the emergency brake," he said earlier this week, sharing a stage in Vienna with fellow mayors from Italy, Lebanon and Slovenia at a summit of municipal and regional leaders. The four mayors on the stage had all been targeted by hateful comments on social media. And some of their colleagues have even been psychically attacked.

Act.Now, a network of regional leaders and civil society groups, held the conference at a former bakery in Vienna from February 16 to 18 to find ways to counter and prevent such abuse. "It is our job to change those things that do not feel right to us — or for our planet," the Austrian artist Andre Heller, who co-founded the organization in 2007, said at the beginning of the conference.

Read more: Cases of far-right extremism on the rise in German military

There were a number of placards with projects that have had a positive impact on cities, such as a multicultural festival in Dublin, an initiative that dispatches DJs to play music popular with Vienna's various ethnic communities, and peace committees in Iraq that build understanding between former front-line fighters and local civilian populations. But amid all these positive examples, the tales of the mayors were a bit of a wake-up call. All four have experienced what it means when communities are disunited and disaffected.

In 2016, San Lazzaro di Savena, a town of 32,000 inhabitants near Bologna, was given a villa that had been confiscated by Italy's government. Mayor Isabella Conti used the villa to house some of the many internationally displaced people who had arrived in her town, and launched an integration project as well.

That's when things got ugly, she said. "Nasty" messages were sent to her, in particular via Facebook. Some people accused her of being a communist, she said, others of being too chummy with refugees. Sometimes, she said, she replied to the messages. Other times, she would ignore them. But she vowed to remain in dialogue with residents. "I always invite people to visit me at the town hall," she said. It is her belief that residents will be won over by prudent policymaking. Conti has targeted street crime and abolished kindergarten fees, too. All this has apparently paid off: In 2019, she was reelected with almost 81% of the vote.

Igor Marentic, the mayor of the Slovenian city of Postojna, has a different approach. He said there would always be disgruntled residents. That is why he has decided to simply stop reading hate-filled online comments. 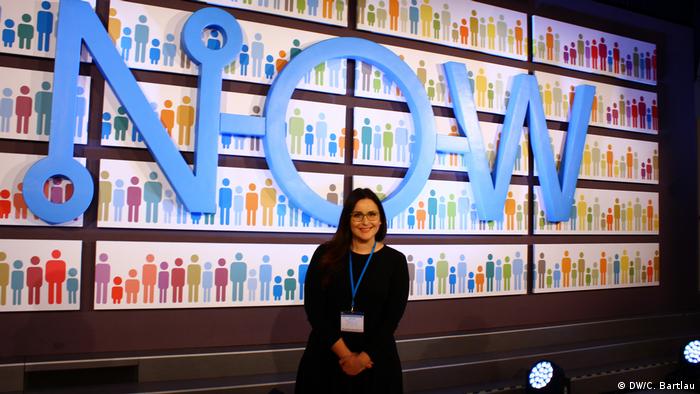 Former Mayor Bartels had once thought he would be able to deal with the angry mob of online commentators. That was until he was blamed personally for the abuse of children and teens in his community. He had experienced fierce criticism before — such as when he took the initiative to help integrate displaced people into his community, and when he wanted to create an education center in the exact same location where the Nazis had once celebrated the Reich Harvest Thanksgiving Festival. He told DW that negative feedback from racist groups online had effectively encouraged him to keep doing what he was doing.

When Bartels received a death threat following the news of the numerous sexual assaults in his district during his tenure, everything changed. "I thought I would get murdered for something that I did not even do," he said. He added that he is unsure what lessons he has taken from his experience. He said he would like to see social media users forced to use their real names, and he urged media outlets not to give a platform to hate speech.

Bartels doubts that he will engage in local politics again. Though he liked the job, he does not know how he could face such hatred.