The ECJ has ruled that governments cannot force telecom firms to keep all customer data. The ruling, which says the laws violate basic privacy rights, comes as governments call for greater powers for spy agencies. 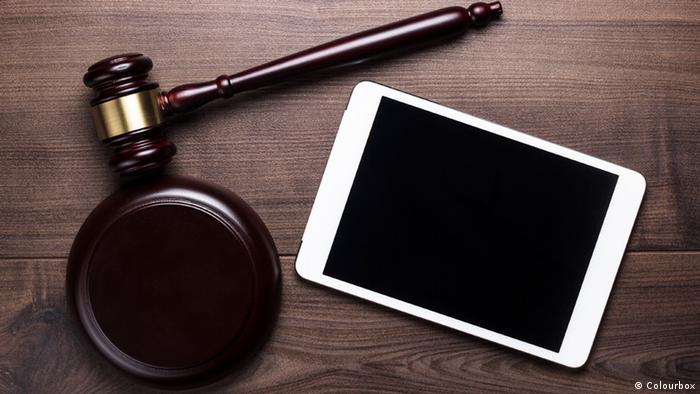 The Court of Justice of the European Union (ECJ) ruled on Wednesday that laws allowing for the blanket collection and retention of location and traffic data are in breach of EU law.

In their decision, the justices wrote that storing such data, which includes text message senders and recipients and call histories, allows for "very precise conclusions to be drawn concerning the private lives of the persons whose data has been retained."

"Such national legislation exceeds the limits of what is strictly necessary and cannot be considered to be justified within a democratic society," the Luxembourg-based court said.

EU member states seeking to fight a "serious crime" are allowed to retain data in a targeted manner but must be subject to prior review by a court or independent body, the EU's top court said. Exceptions can be made in urgent cases.

The decision came amidst growing calls from EU governments for security agencies to be given greater powers with the goal of preventing or investigating attacks. Privacy advocates, on the other hand, said mass data retention is ineffective in combating such crimes.

The court's decision was a response to challenges against data retention laws in Britain and Sweden on the ground that they were no longer valid after the court previously struck down an EU-wide data retention law in 2014.

In Sweden, the law requires telecommunications companies to retain all their customers' traffic and location data, without exception, the ECJ said.

In the UK, politicians filed a legal challenge against a surveillance law which passed in 2014, part of which was suspended by a British court. British lawmakers then passed the Investigatory Powers Act - the so-called "snooper's charter."

A German data retention law, which came into effect at the end of 2015, requires telecommunications companies to store telephone and internet use for 10 weeks, after which point the data must be deleted.

The German law also stipulates a shorter storage time of four weeks for location data which results from mobile phone calls. It remains to be seen what effect the ECJ ruling will have on Germany's blanket data retention measures.

The video of a man kicking a woman down a flight of stairs in a Berlin underground station was crucial to catching the suspect. Germany's network of surveillance cameras is already being expanded rapidly. (19.12.2016)