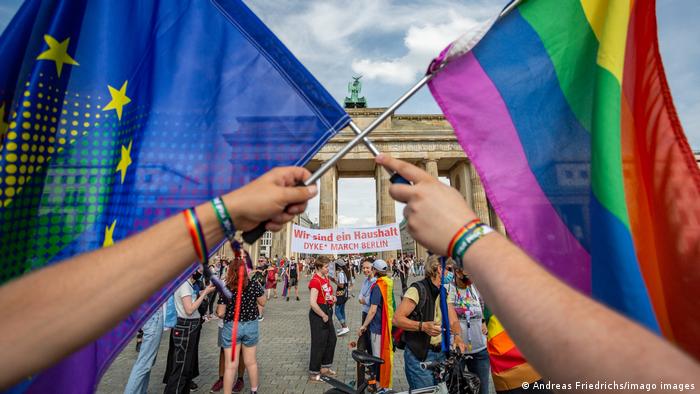 The European Commission on Thursday unveiled its strategy aimed at improving the rights of lesbian, gay, bisexual, transgender, non-binary, intersex and queer people

The five-year plan includes legislative and financial support for LGBT+ people. It aims to add hate crimes towards the LGBT+ community to the EU crimes list, as well as institute measures to support parental rights for rainbow families.

"Everyone should feel free to be who they are – without fear or persecution. This is what Europe is about and this is what we stand for," Vera Jourova, the commission's Vice President for Values and Transparency, said as part of a statement.

The commission acknowledged that some progress has been made regarding LGBT+ rights. But a European Fundamental Rights survey from 2019 found that 43% of people still feel discriminated against based on their sexual orientations or gender identities.

The commission said discrimination towards the LGBT+ community has worsened during the coronavirus pandemic.

Russia: The drag queen of Moscow

The EU's executive branch has long been at odds with member states governed by right-wing parties. In Poland, the Law and Justice party ran on a homophobic platform, and President Andrzej Duda has said the LGBT+ community threatens the country's Roman Catholic values.

Von der Leyen had spoken out in support of parental rights for same-sex families, and described the so-called "LGBT-free zones" set up in Poland as "humanity-free zones."

On Thursday, Hungary's right-wing government drafted legislation to partially ban adoption by same-sex couples. Prime Minister Viktor Orban's government also proposed a constitutional amendment that would require children to be raised based on what his government described as a Christian interpretation of gender roles.