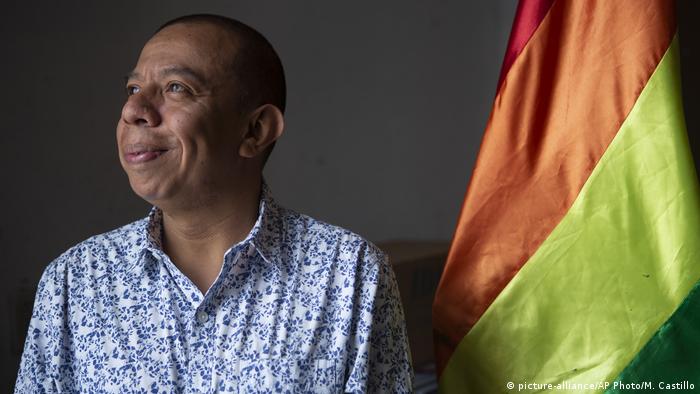 Guatemala's Aldo Davila has been interested in politics since he was a teenager. He has always empathized with those struggling in Guatemala's unequal and at times violent society. Davila, who was born in 1977, has dedicated years to helping HIV-positive people and members of the LGBTQI community. Now Davila, who himself is openly gay, has become the country's first ever LGBTQI lawmaker. Ahead of last year's parliamentary elections, no less than four parties asked him to join. He ultimately chose Winaq, a left-wing party founded by Nobel Peace Prize winner Rigoberta Menchu. In Davila's view, Winaq has the best track record on fighting for the rights of sexual minorities. He also values it for being the country's "only indigenous party" that lets him connect with his own roots. Davila's great-grandparents were indigenous people who moved to Guatemala City, where they stopped speaking their native language to avoid being discriminated against. On Tuesday, January 14, 2020, Davila began his tenure as a Guatemalan lawmaker.

DW: You are Guatemala's first ever openly gay lawmaker. What does this mean for the country, and for you personally?

Aldo Davila: It means that the people of Guatemala made a conscious choice in this election. I have always been openly gay and that fact that they voted for me means things are changing in this country. To them, I am not only a gay man but also someone fighting for the rights of the LGBTQI community, HIV-positive people and those of sexually abused girls.

For me personally, being elected means carrying a responsibility towards my voters but also groups which historically have been excluded from society, like teenagers, women and indigenous peoples. They have always been afforded a subordinate position in society. So now I want to give these people a voice in national parliament. 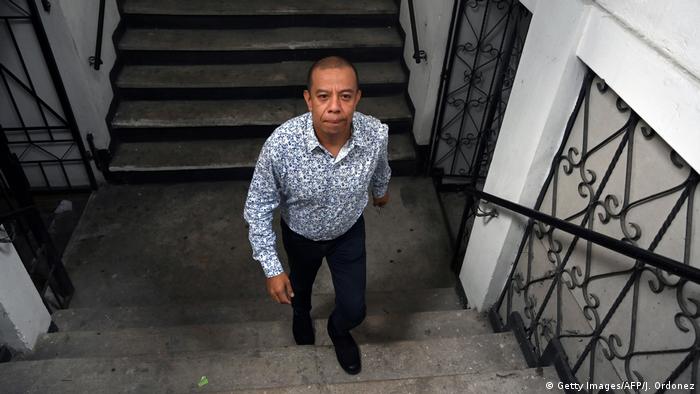 Davila: The fact Guatemalans voted for me 'means things are changing in this country'

Some will surely say that a person's sexual orientation should be a private affair and not a matter of parliamentary debate. Of course some said to me: 'I do not care what you do in bed, as long as you do your job as a lawmaker.' But in this country, being gay is a political issue. I don't mean homosexuality, but being gay. This means saying to society: 'I am this or that, and I will fight for my rights and those of others.' Many people still think homosexuality is purely about sexual relations. But gayness is about the political desire to change things. There were homosexual members of parliament before me but they never made this public or a political issue. Some even actively fought against equality. I don't want special rights, I don't want to pay less taxes or have an extra holiday because of my sexual orientation. All I want is equal rights for everyone.

Guatemala's LGBTQI community finds itself in a precarious situation. Homophobia and transphobia has led to the murder of many people. Being open about one's sexuality can pose a serious danger. Are you ever scared for your life?

I am constantly scared for my life. I was sent death threats on social media and over the telephone. People in cars and on motorbikes have followed me. They threaten me because I stand up for my rights. They want to silence me. I believe I am on the right path. I must continue to speak on behalf of those who go unheard.

There more and more acts of violence borne out of hatred. Just minutes before this interview, I learned that a trans person was murdered. However, it is important to note that a hate crime is the result of a hateful discourse — and during the last electoral period, such hateful speech was on the rise. Many parties were urged by religious movements to sign documents pledging not to recognize sexual diversity.

The issue of sexual diversity has polarized the country in recent years. You also want to strengthen human rights across the board in Guatemala. How do you want to achieve this?

Human rights must be defended always and everywhere. Some ultra-religious groups have significant influence and political power — but there are people from the LGBTQI community who want to stand up to them. They are fighting for their right not to be killed or fired from their jobs because of their sexual orientation. But I want to make clear that I will not not pursue a specific gay agenda in parliament. Instead, I will pursue a human rights agenda in support of all historically ostracized societal groups. This agenda includes the issues of sexual and gender diversity.