Guatemala′s UN anti-corruption body: A victim of its own success | Americas | North and South American news impacting on Europe | DW | 03.09.2019

Guatemala's UN anti-corruption body: A victim of its own success

Ten years after it was launched, the CICIG anti-corruption commission has ceased operations. After prosecuting numerous high-profile corruption cases, the future for the fight against graft in Guatemala is up in the air. 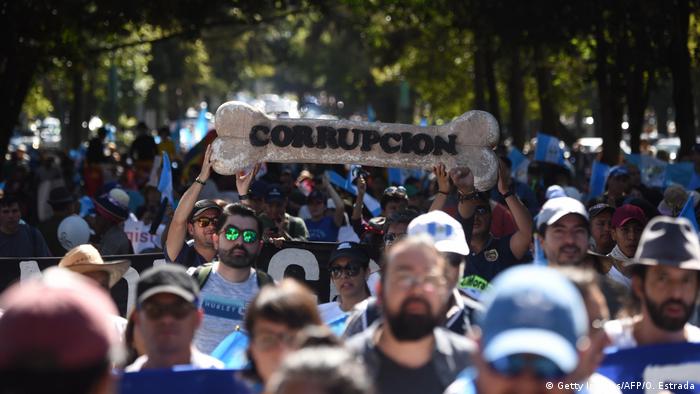 The International Commission Against Impunity in Guatemala (CICIG) left the country for good on Tuesday.

In recent years, the UN body and Guatemala's public prosecutor's office had successfully investigated many high-ranking business figures and politicians in the country, in many cases for corruption offenses. President Otto Perez Molina's government was brought down in 2015 in the wake of CICIG investigations; the president was sent straight from the presidential palace to pretrial detention.

Media coverage of those events restored many citizens' faith in Guatemala's legal system. Then-Attorney General Thelma Aldana and CICIG chief Ivan Velasquez were celebrated as heroes in the country and showered with praise from abroad. At the same time, the CICIG's success was its own undoing — Guatemala's conservative political and economic elite soon began to view the body's painstaking investigations as a threat. 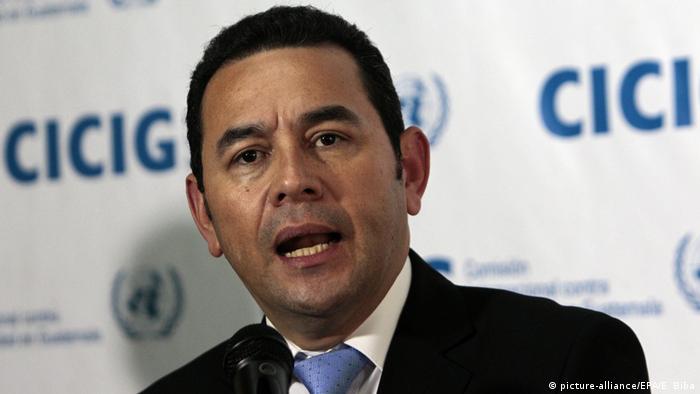 Outgoing President Jimmy Morales prevailed as a political newcomer with an anti-corruption election campaign back in 2015, but got cold feet when the CICIG began to investigate his son and his brother for corruption offenses. The body then launched an inquiry into Morales himself. In 2018, Morales decided not to extend the CICIG mandate beyond its 2019 expiration date. He also denied Velasquez re-entry to Guatemala after a trip abroad, effectively leaving the CICIG without its head.

Newly elected President Alejandro Giammattei is himself no friend to the CICIG — and his campaign victory sealed the UN commission's fate in Guatemala. Nevertheless, former Attorney General Aldana, who was controversially barred by the Constitutional Court from running for office, does not believe the end of the CICIG mandate will bring the anti-corruption struggle in Guatemala to a standstill. "Even if Guatemalans are not taking to the streets right now, they know very well that you have to fight corruption," she recently told DW. "That's how successful the CICIG's work in Guatemala has been."

FECI, a special public prosecutor's office founded more than 10 years ago to act as an interface between the CICIG and Guatemalan investigative authorities, is set to continue the UN commission's numerous unfinished investigations. It is unclear, however, to what extent FECI can count on the support of the current Guatemalan attorney general, Maria Consuelo Porras. 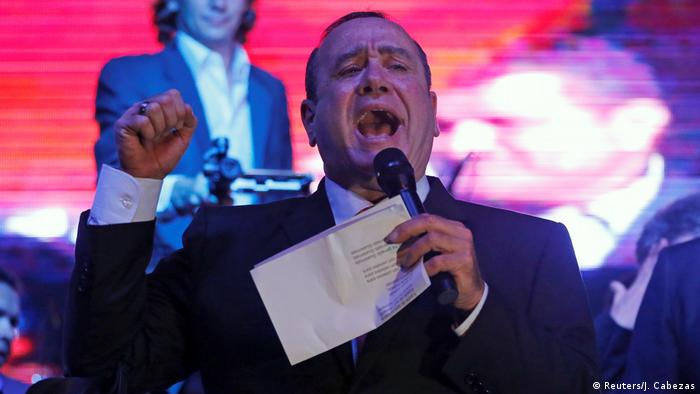 President-elect Giammattei is himself no friend of the CICIG

It is also unclear what will become of the CICIG staff. Its numerous investigators and experts have accumulated an enormous amount of expertise over the years that could now be lost. FECI was expected to take over at least part of the staff, but according to reports in the Guatemalan media, this no longer appears to be the case. "My concern is that the people who were previously in charge of the investigation will no longer be there," Cux says.

President-elect Giammattei made it clear during his campaign that he opposes extending the CICIG mandate. Instead, he wants to establish a national anti-corruption commission, the details of which have not been made public. Critics fear that unlike the CICIG, which was financed by international donors including the European Union and the United states, a national anti-corruption commission would not be as independent from Guatemalan institutions.