EU officials have voiced concern better weather could bring a fresh swell of migrants crossing from Libya to Europe. At least 7,000 migrants have been intercepted in Libyan and international waters in the past few days. 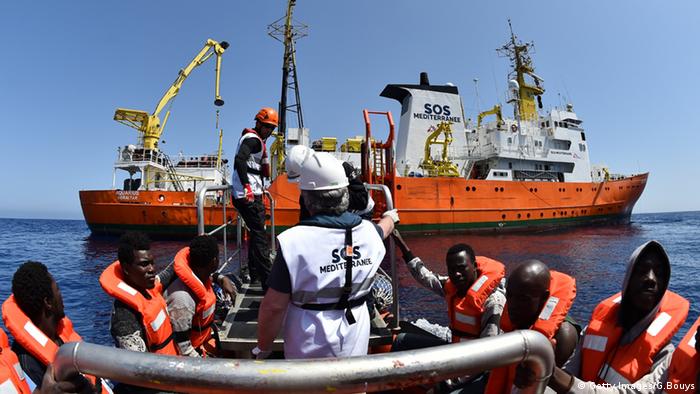 Some 3,000 migrants crossing from Libya to Europe were saved from rickety boats on Tuesday, the Italian coast guard said, bringing the total rescued in the past 48 hours to 5,600.

The Italian coast guard, EU naval assets and Frontex, as well as a boat from a NGO and two tugs boats from an oil platform were involved in 23 operations.

Separately, the Libyan coast guard has intercepted about 1,400 migrants on boats in its territorial waters since Sunday and brought them to camps in the country.

European officials are concerned that with the onset of better weather a fresh flood of migrants will try to make the dangerous journey from Libya to Europe.

So far this year, more than 37,000 people have been intercepted in the Mediterranean and taken to Italian ports. That number is slightly less than the same time last year.

The majority of those using Libya as a springboard to reach Europe are from sub-Saharan Africa.

Officials say there is no sign yet a drop of mostly Middle Eastern migrants making their way from Turkey to Europe through the Balkans has led to more people using the central Mediterranean route.

On Monday, the EU agreed to expand its anti-people smuggling naval operations in the Mediterranean and train the Libyan coast guard.

The bloc is counting on a new Libyan unity government the secure control of the war-torn country and clamp down on human smugglers.

Saving refugees but at what cost?

Women and unaccompanied minors are especially vulnerable to human trafficking, usually in the form of sex slavery. But a report noted other horrific forms of exploitation, such as using pregnant women to sell babies. (19.05.2016)