Women and unaccompanied minors are especially vulnerable to human trafficking, usually in the form of sex slavery. But a report noted other horrific forms of exploitation, such as using pregnant women to sell babies. 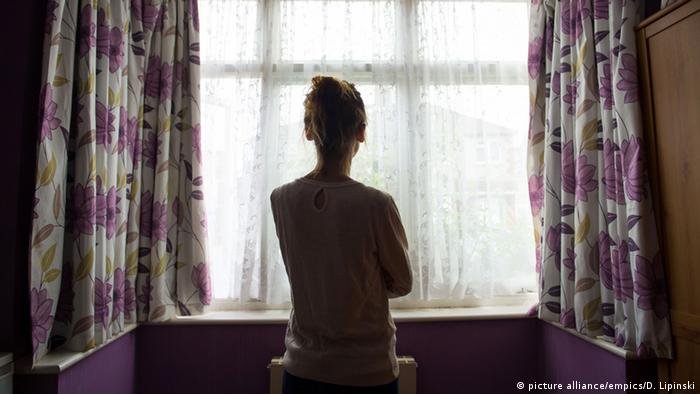 The problem of human trafficking in Europe is likely being exacerbated by the massive inflow of migrants, according to the first report of its kind by the European Commission (EC).

More than 1 million people sought asylum arrived in Europe last year, including nearly 90,000 unaccompanied minors - nearly four times as many as in 2014.

"Children are one of the most vulnerable groups targeted by traffickers," the EC reported, adding that they are "easy to recruit and quick to replace."

"Although child trafficking is prevalent in situations unrelated to migration," the report continued, "the information received suggests that the phenomenon has been exacerbated by the ongoing migration crisis."

Nearly 16,000 women, men and children registered as trafficking victims in 2013-14, before last year's migration surge. But the difficulty in gathering reliable information on the subject means that the real number of victims is almost certainly "substantially higher," according to the report.

Slightly more than two-thirds of registered victims were trafficked for sexual exploitation. Forced labor was the second most common form of exploitation, according to the report.

The EC also cited cases of trafficking of pregnant women to sell their newborn babies, as well as of people for the purpose of organ removal.

Most victims are women

Women made up more than 75 percent of the recorded victims. Children accounted for 15 percent of the known victims but officials are concerned about the increasing trend towards more child-exploitation.

Most of the victims - almost two-thirds - came from EU states. Most were from poorer EU countries that once belong to the Soviet bloc, including Poland, Hungary, Romania and Bulgaria. But the Netherlands, one of western Europe's most prosperous countries, also suffered from a high level of trafficking.

The top five countries of origin for non-EU victims were Albania, China, Morocco, Nigeria and Vietnam.

The EC report calls on member states to implement the EU's anti-trafficking rules. This would increase the prosecution of perpetrators, which is described by the EU anti-trafficking coordinator Myria Vassiladou as "worryingly low."

The EC also notes that there is "a worryingly sharp increase in Nigerian woman and girls leaving Libya."

From January to September 2015, more than 4,370 Nigerian women and girls left for Europe, compared to just over 1,000 the previous year. The International Organization for Migration fears that 80 percent of them could be victims of trafficking.