Around 900 police officers were joined by prosecutors and tax and customs authorities in a raid on one of Berlin's largest brothels, in which six were arrested. The raid follows probes into human trafficking and fraud. 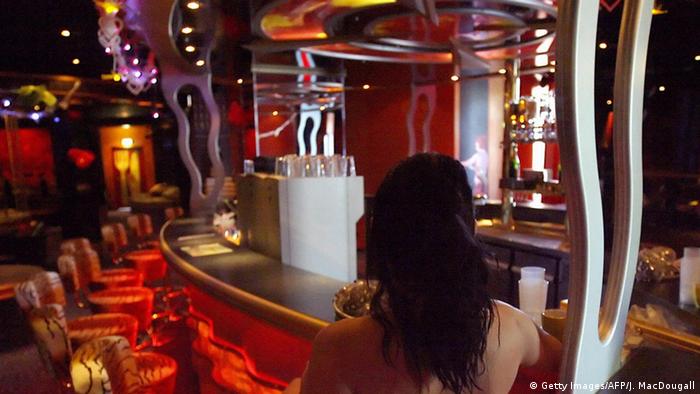 The raid at the Artemis brothel near the television tower in central Berlin late Wednesday was conducted by police officers and customs office employees and tax fraud investigators, police said Thursday.

Redlich said 212 people - prostitutes and clients - had been found in the brothel during the raid, adding that they had cooperated with authorities. In addition to the brothel, six apartments were searched in Berlin and elsewhere in Germany.

Arrest warrants were issued against two brothel operators and four women who worked in the brothel and who were specifically sought during the raids.

Prosecutors reportedly said that sex workers at the Artemis had been forced to pretend they were self-employed to make sure bosses didn't have to cover their social security contributions.

Since the brothel opened in 2006, around 17.5 million euros ($19.7 million) in social security contributions had not been paid.

People who pay for sex with victims of forced prostitution could be imprisoned for up to five years, under a draft law debated by the German government on Wednesday.

The legislation is an attempt to bring German laws in line with new EU rules against human trafficking. It also foresees prison sentences of up to 10 years for those in charge of managing forced prostitutes.

The bill is the latest attempt to reduce exploitation of sex workers in a country with one of Europe's most liberal legal environments for commercial sex.

In February, Chancellor Angela Merkel's coalition introduced a bill to make wearing a condom an obligation and to put an end to so-called "flat-rate" brothels, where customers pay a set entrance fee and are then allowed to make use of the services on offer for a specific period.

Germany legalized sex work in 2001, when the government of then-chancellor Gerhard Schröder declared it a "service," with the aim of improving the working conditions of prostitutes.