New exit program launched for prostitutes in Germany | Germany| News and in-depth reporting from Berlin and beyond | DW | 30.09.2015

Sisters is a new counseling center for prostitutes seeking a way out of the sex trade. It was co-founded by ex-prostitute Huschke Mau, one of a growing number who think Germany has become too liberal about prostitution. 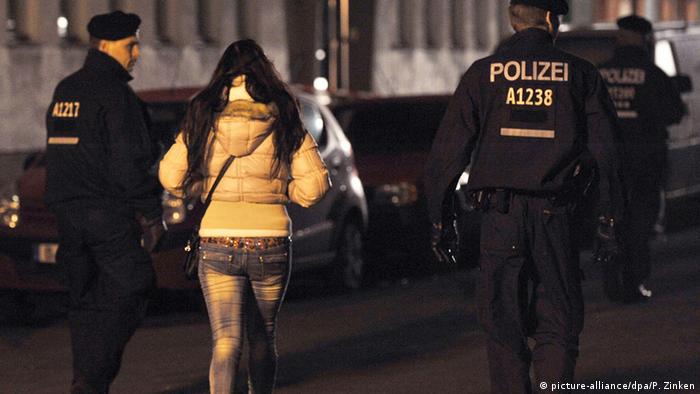 Germany has one of the most liberal prostitution laws in the world, but now it appears to be getting cold feet. As a new reform is making its way through the legislature designed to make it easier to regulate sex work and to clamp down on trafficking, former prostitute Huschke Mau has joined a politician and a social worker to found a new anti-prostitution organization - Sisters e. V.- to help prostitutes out of the sex trade.

While there are other prostitute counseling groups in Germany, as well as a trade Federation for Sexual Services, Sisters e. V. is relatively unique in concentrating on exit counseling - a service, they argue, that is still all too rare in a country where some 400,000 women are thought to work as prostitutes (a much-quoted but uncertain estimate), and over a million men are thought to visit one every day.

Mau, who spent ten years as a prostitute before finding a way out three and a half years ago, said that she struggled to find the kind of support that Sisters offers. "I was in an advice center in my town, and I told them that I couldn't stand it anymore, and that I wanted to get out, and they said, 'what's your problem? It's an okay job, why don't you just stop going to the brothel?' " she remembered. "I was totally shocked that I had to explain to someone who was supposed to help me that I was in a desperate situation and that prostitution damages you and traumatizes you." 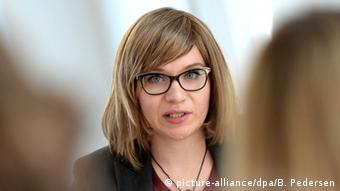 Mau says Germany has become the 'Thailand of Europe'

"If you want to get out of prostitution, you have problems - you get threatened, you're isolated, you're depressed. You might even be homeless. You're scared," Mau told DW.

Hydra Berlin, a pro-prostitution advice group founded 35 years ago, argues that it already offers counseling for prostitutes - including, but not limited to those who want to get out. "We work on a broader field," said Simone Wiegratz, a counselor with Hydra. She admits that there should be more exit programs in Germany, but sees Sisters as a kind of missionary service that "rescues" prostitutes, working from a premise of moral judgment that closes the group to a broad range of sex workers. "We offer everything from advice for people who want to take up sex work, to those looking for alternatives," Wiegratz told DW.

Wiegratz also rejects Mau's argument that women who want to escape prostitution don't go to centers like Hydra, or as Mau put it: "They don't just accept prostitution, they pretend that there are no problems."

Sisters assigns two or three volunteer supporters to each prostitute to provide emotional support and guidance, either in group meetings or individually. "A lot of women have already come to us and said they think prostitution is terrible, or that they've seen prostitutes on their street, or that they live next door to a brothel, and they want to help," said Mau. "Anyone who wants to do something against prostitution can come to us - even if it's just being there when someone wants a shoulder to cry on."

The founding principle of Sisters e.V. is that prostitution is a violation of human dignity, and that the term "sex work" gives prostitution a legitimacy that masks its true misery. A growing number of critics in the country agree,and believe that Germany's liberal law on prostitution, which came into force in 2002, has led to an explosion in the sex business that has made Germany "the Thailand of Europe," as Mau puts it.

"This law pretends it's perfectly okay to buy women," she said. "It means that men learn that it's fine, and that they're allowed to do it, and that increases the demand. And when the demand rises, they never find enough prostitutes that will do it voluntarily - they will always be dependent on trafficking." 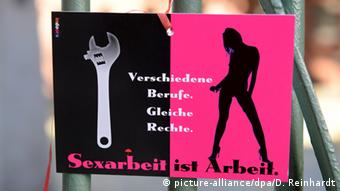 Both halves of the German government coalition agree that the 2002 law needs reform, but the draft law that Women's Minister Manuela Schwesig has come up with has failed to please either side. Among other things, the law requires all prostitutes to register with a local authority every two years, and to attend a mandatory yearly medical check.

The anti-prostitution lobby, led by the feminist magazine "Emma," has denounced the idea as a "triumph for pimps" - no more than another rubberstamp for Germany's sex trade, while groups like Hydra have also circulated a petition among sex workers denouncing the reform as an unnecessary layer of bureaucratic stigmatization that removes anonymity, and is likely to encourage more illegal, and therefore more dangerous prostitution.

Nevertheless, while Mau has her reservations about it, she believes that the registration is very important to at least force the unknown number of prostitutes in the country to have some kind of contact with the outside world: "About 90 percent of the prostitutes come from Eastern Europe, and sometimes they don't even know what town they're in," she said.

The hookup app Tinder supposedly ushered in the dawn of the dating apocalypse, making no-strings-attached sex more available than ever before. But one Berlin startup has realized that a price tag isn't always a turnoff. (14.08.2015)

London-based rights group Amnesty International has said - amid criticism - it will push for the legalization of prostitution. Research suggests punishing sex workers counterproductive, the group has said. (11.08.2015)

They offer her bodies for sale. Many of them don’t have passports and don’t speak German. In particular, young girls from Eastern Europe are increasingly falling prey to unscrupulous traffickers. (22.04.2015)