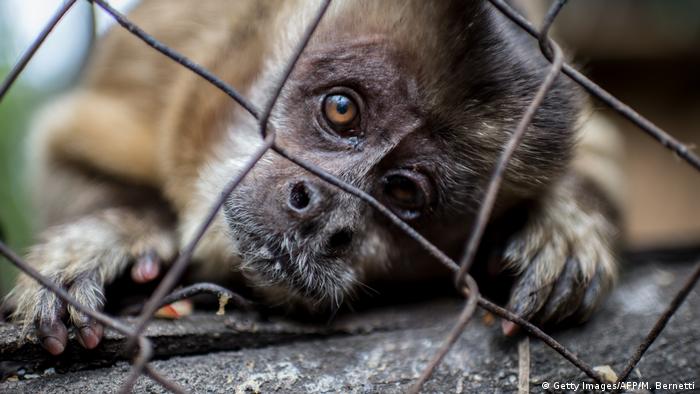 Although wildlife trafficking is usually associated with African or Asian countries, the European Union also plays an important role - not just in fighting it.

Besides being a destination and source region for a few illegally traded species, the EU is a key a transit region for endangered species of flora and fauna between continents.

To fight this, the EU Action Plan against Wildlife Trafficking represents a crucial step.

"Europe has always been on the frontline to fight against wildlife trafficking - and it will remain so through this new step," Enrico Brivio, the European Commission's spokesperson for environment, maritime affairs and fisheries told DW.

However, recent seizures of alarming amounts of vulnerable species in countries such as Spain have highlighted the need for greater efforts and stricter measures - along with an increased awareness. Europe's part in the game

"People tend to think it is an issue that affects Africa as major source and Asia as major destination - but this is a global problem," Mark Jones, associate director of Born Free Foundation told DW.

Although EU measures to fight criminal activity in developing countries have drawn international attention, the illegal trade of wildlife within the EU remains little known to the general public.

EU member states serve mainly as transit points for species, particularly between Africa and Asia. According to the commission, almost 2,000 live reptiles were seized at EU borders in 2015 alone, together with corals and ivory, and a long list of mammals and live bird species.

"And this is only the tip of the iceberg," Jones said, pointing out that the known proportion of illegally traded wildlife that is seized represents only around 10 or 15 percent of the total number of wildlife products in illegal trade. EU countries are likewise a source and final destinations for a few species - including the critically endangered European eel.

Tiny, transparent juveniles, known as glass eels, are illegally exported from Europe and reared to adulthood in China, Taiwan, Korea, Japan and Hong Kong, where they are prized for consumption or for use in fashion accessories.

Under the Convention on International Trade in Endangered Species (CITES), export and import of this species from and into the EU is not permitted - yet millions of individual eels were seized between 2011 and 2015, according to the World Wildlife Seizures (World WISE) database.

Rhino horn and ivory: from Africa to Europe

Katalin Kecse-Nagy, regional European director for the wildlife trade monitoring network TRAFFIC, explained to DW that Europe's role in illegal trade of iconic species such as rhinoceros and tigers is not as prominent as its role for fish or reptiles.

Regardless, European countries including Slovakia, the Czech Republic, Belgium, Italy and Germany are yet transit countries for illegal trade in rhino horn.

And a rhino horn's journey through Europe also sometimes ends there. World WISE shows that Ireland and Czech Republic are among primary destination countries, after Vietnam and China. 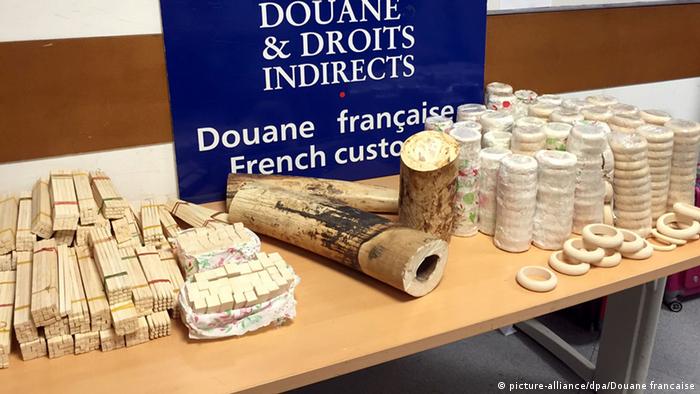 Jones also pointed out that ivory and other elephant products are also very present in the EU, which is the largest single market for legal ivory trade in the world.

He believes legal exports stimulate ivory demand from Asiatic countries and are used to mask illegal trade in ivory products. Whether to ban or legalize ivory trade is hotly debated internationally.

The 2016 United Nations' World Wildlife Crime Report demonstrates how the Iberian kingdom leads the world in reptile skin seizures, as well as in leopard skin seizures within the EU.

"Spain plays a very important role in the global wildlife trafficking, since it is the main entrance point to trade from South America and from Africa - two major worldwide sources," Luis Suarez, head of biodiversity with WWF Spain, told DW.

The Spanish nature protection service recently seized more than 2,000 dead seahorses headed for China, where they are falsely believed to have medicinal properties. This represents just one of the numerous seizures undertaken every year.

Once the wildlife product reaches Spanish territory, it can move freely all across EU countries via the Schengen Zone. Suarez also maintained that illegal products often end up sold under legal cover within the EU. 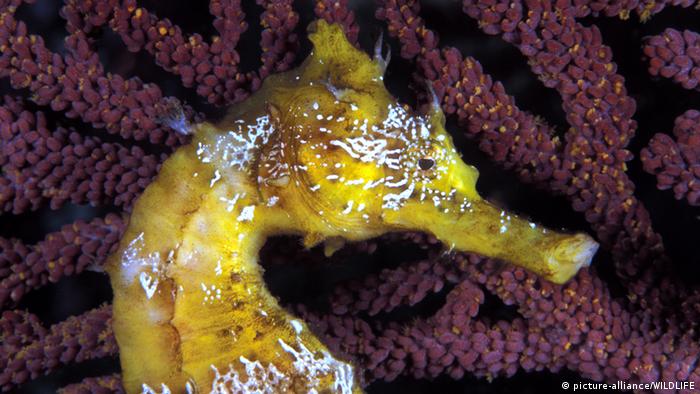 Seahorses are a vulnerable species threatened by illegal trade

The main challenge remains the coordination of all member states so that they agree on, implement and enforce same rules. If control measures differ from country to country, traffickers will keep looking for the weakest link to exploit.

"The EU can be a force for good," Jones said. "But we still feel there are a lot of gaps in the EU legislation that need to be filled."

Citizens must also share the responsibility, Kecse-Nagy said. Irresponsible tourism and consumption habits contribute as well to illegal trade. People should seek out information on products they purchase, and be more aware of the impact of their actions.

Suarez also supports the involvement of citizens in effective solutions.

"Europeans think of wildlife trafficking as a topic not related to them," he said. "But in reality, we are part of the problem - and we have to convince citizens of this."