EU wants centralized policing powers for its borders | Europe | News and current affairs from around the continent | DW | 15.12.2015

The EU's external borders have more holes than a block of Swiss cheese. That is why the European Commission now wants its own border police. Not all member states like the idea. Bernd Riegert reports from Brussels. 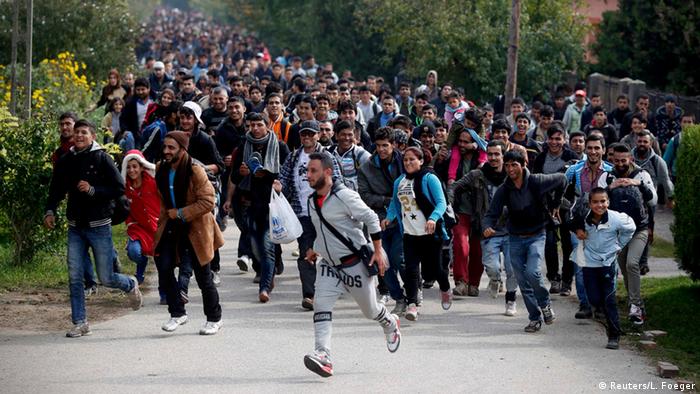 Until now, member states alone were responsible for protecting the European Union's borders. They placed great value in that fact, as the control of borders is one of the fundamental responsibilities of a sovereign state.

The European Commission wants to change that.

In September, prompted by the chaotic refugee situation on the EU's external borders - especially in Greece, Croatia and Italy - EU Commission President Jean-Claude Juncker began calling for the creation of a new EU border and coast guard force with far reaching powers. At one of their many refugee and migration summits this fall, most heads of state and government voted to accept the plan in principle.

On December 15, the European Commission will present its legislative proposal during European Parliament meetings in Strasbourg. Referring to an article in the Financial Times newspaper claiming as much, European Commission spokesman Margaritis Schinas confirmed that fact on Friday in Brussels. "We announced that we would deliver by the end of the year, and the EU Commission only meets once more before the year ends. So it wasn't hard to figure out that it would happen next week," explained Schinas.

But the European Commission refused to disclose any more details about the force, other than their intention to give it much broader powers than the current border patrol agency, Frontex, headquartered in Warsaw. "You can be certain that it will be an important and courageous proposal," said the speaker. "An effective control of the border is essential to making sure that Schengen is not threatened." 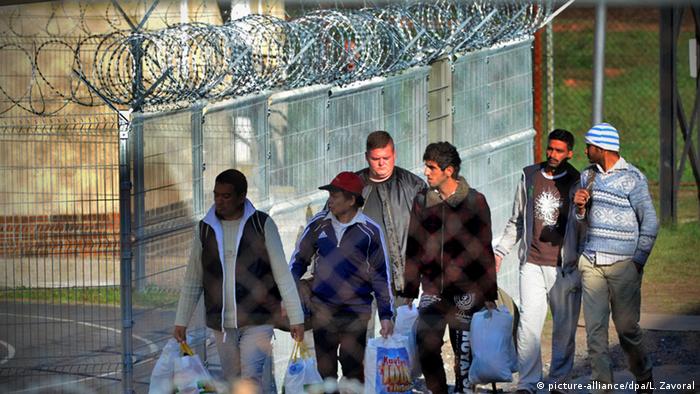 The Schengen Area consists of 22 EU states (excluding the UK, Ireland, Cyprus, Croatia, Bulgaria and Romania) plus Iceland, Norway, Switzerland and Liechtenstein. The group foregoes the systematic control of persons and goods at internal borders. Yet this interior freedom of movement can only function if information is recorded about those who pass through the areas's external borders.

German Interior Minister Thomas de Maizière criticized that this is no longer the case, since hundreds of thousands of unregistered refugees have entered the area over the past several months via Greece and Italy. EU treaties stipulate that Greece and Italy are legally bound to register those who enter the Schengen Area. However, the border control agency Frontex recently published statistics indicating that Greece was registering a mere 20 percent of refugees.

The Financial Times reports that the new border patrol force is to have its own personnel and the right to undertake sovereign tasks. Supposedly, the EU force will also be able to be deployed against the will of individual member states in emergency situations. Until now, Frontex has been limited to coordinating personnel from member states. Exact numbers as to how many agents, motor vehicles and ships the independent EU border and coast guard will need, as well as how it will be financed, remain unclear. "The small print and details will be negotiated within the European Commission," explained spokesperson Schinas.

Volker Kauder, parliamentary group leader of the Christian Democratic and Christian Social Union parties (CDU/CSU) in Germany's Bundestag (lower house), told the German Press Agency (dpa) that, "National member states should be prepared to give up their rights of sovereignty entirely or at least in part." 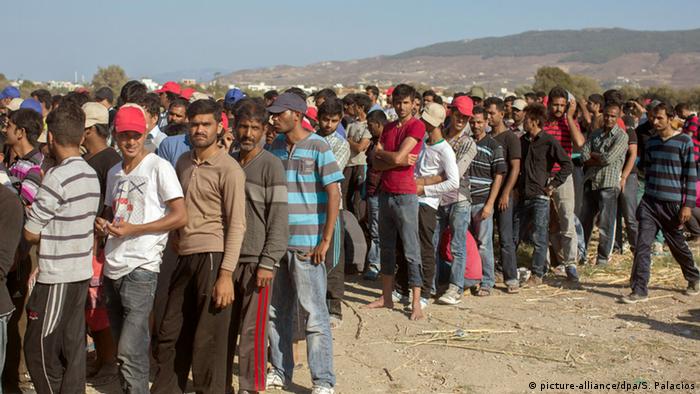 French and German interior ministers have also written to the European Commission calling for the creation of a powerful, independent EU border patrol alongside further development of the Frontex border agency. European Council President Donald Tusk has invited a number of heads of state and government to summits throughout the coming weeks. Improvement of external border controls is expected to play a major role at the meetings. Tusk has proposed detaining immigrants at the EU's external borders for a longer period of time before allowing them to enter the Schengen Area. This suggestion garnered much criticism, as countries such as Greece, already hopelessly overburdened, fear that they will be forced to take care of hundreds of thousands of refugees and immigrants for extended periods.

Will states give up sovereignty?

Greece didn't even allow Frontex personnel from other EU states to enter their country until just a few days ago. Consent was given as part of an emergency mechanism designed to bring about quick results. Frontex itself is doubtful that the additional personnel, police and customs agents that they require will be made quickly available by other EU states. The agency's website bemoans the fact that the personnel needs that it made public in October are being filled by less than half of EU states.

EU diplomats familiar with the situation say that such a lack of resources will also mean that an independent EU border patrol is a long way off. Beyond that, there are legal hurdles. And it is also unclear whether member states will give up sovereignty to a central authority in Brussels. Some five member states have signaled serious reservations. One EU diplomat in Brussels prophesied, "Years will pass before this thing flies."

EU security force would helped embattled countries such as Greece and Italy manage an overwhelming flow of migrants and refugees. More than 1 million migrants have entered Europe over the past year. (11.12.2015)

An influx of a million refugees could cost Germany up to 55 billion euros ($60 billion) a year, according to a study by a prominent economic research center. The researchers said the financial burden was manageable. (11.12.2015)

Every day, people flee from the regions that "IS" has declared as its territory. The extremists have problems accepting this, as the fact of people leaving the caliphate does not fit with their worldview. (11.12.2015)