The European Court of Justice has approved measures to block access to illegal Internet sites. The verdict has been welcomed by some while others fear a second round of heated debate over online freedom. 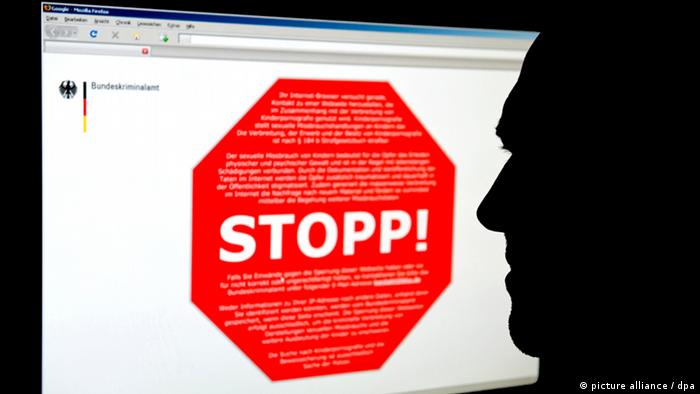 On Thursday, March 27, the court's judges in Luxembourg ruled that Internet providers would be obliged to block illegal content online if the laws of one European member state dictate it. The case came to the court because an Austrian cable network operator had taken legal action against film industry proposals to block sites used for downloading. In Germany, where there are no such restrictions, the verdict was welcomed by film producers but received with unease across much of the political spectrum.

Round two of the debate in Germany

"This brings back debates, that we've actually already put behind us," says Thomas Jarzombek, the Christian Democrat's spokesman on Internet policy. In the past few years, German Internet policy experts had agreed on a general policy of deleting instead of blocking. "What that means is that we don't tolerate illegal content, but we use legal measures against it instead of blocking it," Jarzombek explains.

Konstantin von Notz, Germany's Green party spokesman on Internet policy, warns that blocking access to websites could be the first step towards Internet censorship, and points to recent events in Turkey. "This verdict is coming right at a time when practically the whole world is discussing Erdogan's Twitter ban, which has been sharply condemned in all countries governed by the rule of law." 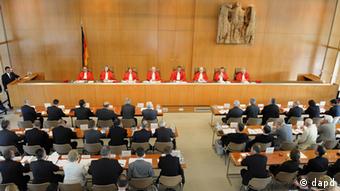 The European Court has opened up a new can of worms

The German government, too, didn't quite know what to do with the Strasbourg verdict. Dorothee Bär of the Bavarian CSU party, who serves as the parliamentary state secretary in the Federal Ministry of Transport and Digital Infrastructure, announced that the fight against Internet restrictions had to continue, since "it seems that online blocking can't quite be gotten out of some people's heads."

The verdict touches on a controversial debate that made waves in Germany a few years ago. In 2009, Ursula von der Leyen, the minister for family affairs at the time, suggested blocking online access to child pornography. Internet activists protested heavily against the measures, which Germany's online community feared could lay the foundations for an infrastructure of online censorship, and could soon be expanded to cover other types of content as well.

Alexander Sander from the Internet policy interest group Digitale Gesellschaft (Digital Society) now fears that the plans, which were put to rest after a long debate, could resurface: "The verdict has opened Pandora's Box," he believes. "Now copyright owners will try to impose outdated copyright rules via Internet restrictions in Germany as well."

The German film and television producers alliance, on the other hand, has warmly welcomed the European Court of Justice verdict. Its chairman, Alexander Thiess, even commented that the recent verdict had "done its bit to help reinject some definition into the complicated process of enforcing copyright law in the online context."

But the producers are still demanding legal action directly against those offering illegal downloads and streaming services. "A long-term and appropriate solution for dealing with the illegal content providers still isn't in sight," says Thiess. "A lot still has to be done in national law - including in Germany."

A study proposing a two-strikes model against Internet piracy in Germany is being welcomed by the Ministry of Economics. The study arrives as others in Europe hesitate to ratify the controversial ACTA treaty. (23.02.2012)