The EU wants to make all plastic packaging recyclable, reduce single-use plastic and restrict microplastics. The plan would "lay the foundations for a new plastic economy." 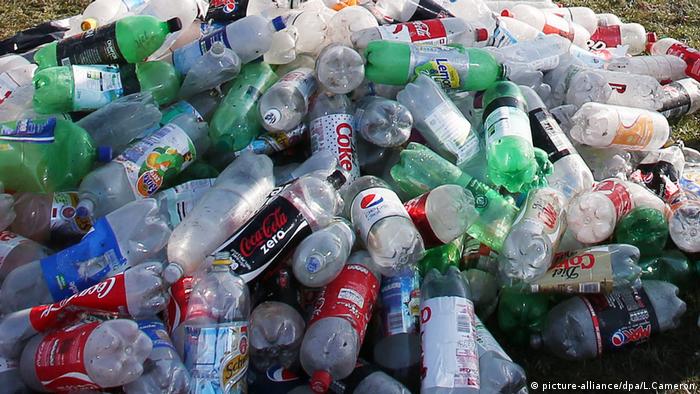 The EU executive unveiled plans on Tuesday to make all plastic packaging in the bloc recyclable by 2030.

"If we don't change the way we produce and use plastics, there will be more plastics than fish in our oceans by 2050," said European Commission First Vice-President Frans Timmermans. "The only long-term solution is to reduce plastic waste by recycling and reusing more."

Under the European Commission's plans, by 2030 all plastic packaging in the EU market would need to be recyclable. Single-use plastic use would also be reduced.

Microplastics, which are found in cosmetics and other products, would also be severely restricted.

The EU executive's plans must now be approved by EU governments and the European parliament.

In addition, the plan would boost funding and investment in more environmentally friendly recyclable plastic materials and improve recycling processes.

The goal of the European Commission is to lay the foundation for "a new plastic economy" that is more sustainable, leads to innovation and job growth while making Europe a world leader in a plastics transition.