The EU is exploring high-tech solutions to plastic pollution but some experts are skeptical. They say there are simpler and more effective ways to keep our waters plastic-free and they are available now. 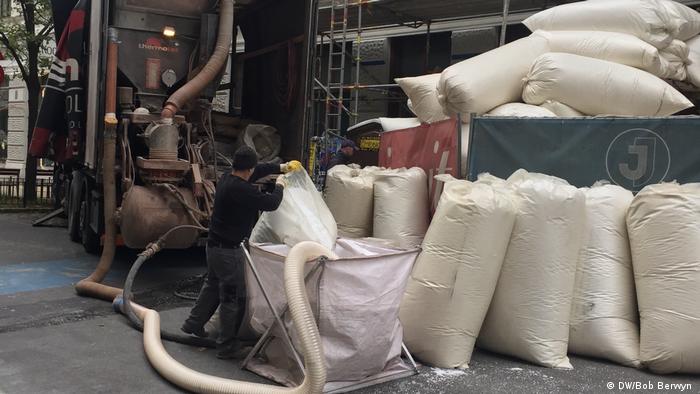 In an alley in downtown Vienna, a cold November wind blows fluffy white pellets across the pavement, swirling into drifts near the gutter at the curb. But it's too early for snow. What's piling up is plastic — polystyrene insulation foam, to be exact.

When rain washes the bits into the sewers, some of it ends up in the River Danube, which dumps 4.2 tons of plastic into the Black Sea every day.

About 13 million tons of plastic pollution per year are choking the world's oceans. Sea turtles die because they mistake floating bags for jellyfish, crabs ingest microplastic particles through their gills, and plastic fibers are turning up in tap water around the world.

There's an urgent need to clean up plastic pollution — and the European Union wants to test new high-tech solutions under its Horizon 2020 project. 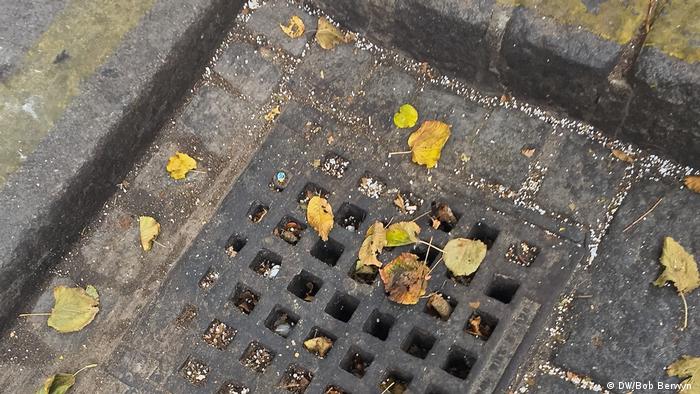 When rain washes bits of plastic into the sewer, some ends up in rivers and eventually the ocean

Read: Is marine plastic pollution a threat to human health?

One of the EU's pilot schemes involves coating plastics with light-activated nanoparticles that may be able to degrade common microplastic pollution.

Project engineers also want to pluck visible pieces out of the water at river mouths using robotic arms guided by optical scanners. And garbage-scouring barges could be powered by the plastic they collect after it's turned into synthetic gas by experimental super-hot plasma ovens.

At the same time, scientists intend to put instruments for measuring plastic pollution on ships that travel busy commercial routes. If they can figure out how the material moves and where it piles up, that data will be useful for developing a long-term strategy for people to clean up the mess they've made. 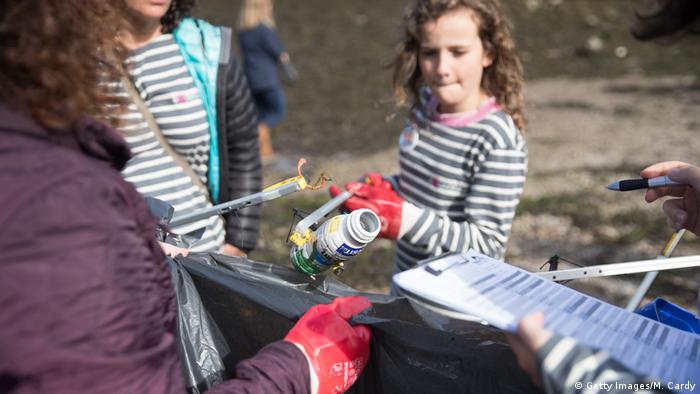 Beach clean-ups are one way to tackle plastic waste but it would be better not to produce so much in the first place, say experts

The solutions being considered show how hard it is to clear such waste once it's in the environment. Most experts say the only long-term solution is keeping it out of rivers and oceans to begin with. But not everyone agrees that such high-tech initiatives are the solution.

"For me, it seems like the wrong message," hydrogeologist Christian Schmidt from the Helmholtz Centre for Environmental Research (UFZ) told DW. "It's saying: You can keep polluting the rivers, someone else will take it out for you downstream, so you don't have to care."

"Rivers have always been used as trash cans. You dump stuff, and it magically flows away, out of sight," Schmidt added. "People have to be aware that it goes somewhere; that it ends up in the ocean,"

Out of sight, out of mind

In a recent study, Schmidt calculated that just 10 of the world's rivers (eight in Asia and two in Africa) may contribute about 90 percent of all the plastic pollution that enters the oceans each year.

Read: Almost all plastic in the ocean comes from just 10 rivers

The targeted use of river-cleaning technology could help in the short term in those places, Schmidt acknowledged — but the real answer would be to reduce plastic use and ensure good fundamental waste management at every step, including a functioning collection and recycling system, as well as adequate filtration at water treatment plants. 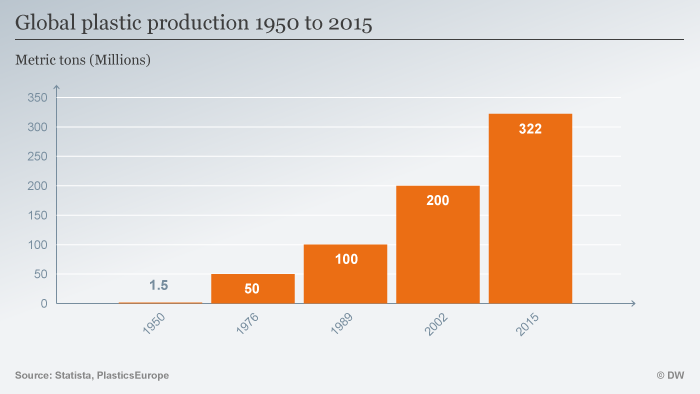 The amount of plastic being produced as exploded since 1950

"I think this can be done. After all, it's standard in industrialized countries," Schmidt said. Still, even advanced wastewater treatment plants like those in highly developed European countries don't capture all the microplastic.

The microplastic problem also illustrates the limitations of a "clean it up later" approach. Yes, it would be possible to install even-better filtration systems; but Schmidt warns of potential unwanted consequences.

Along with the microplastic, they would filter out organic compounds that are required to replenish ecosystems downstream.

For Sabine Pahl, a behavioral scientist at Plymouth University, it's about human choices — every step of the way, from the inception of a new product to the consumer who buys a "new and improved" facial scrub.

"Someone, at some stage, said it would be a good idea to put plastic beads in your shower gel. I would suggest that was not really thought through," Pahl told DW, urging scientists from different fields to work together to address the cause of the problem. 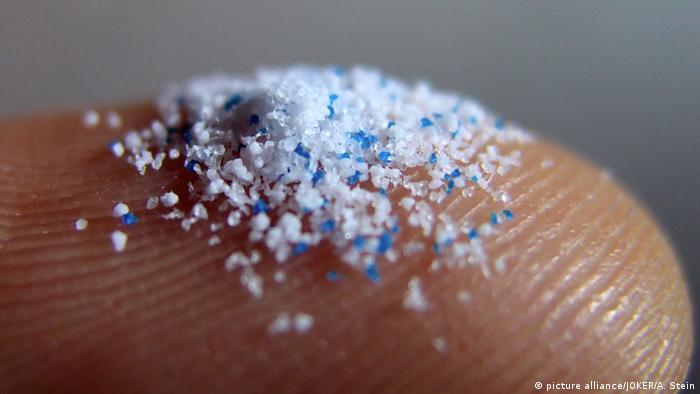 Plastic microbeads are now turning up in products such as peeling face and shower gels. These tiny bits of plastic can end up in the food chain

Along with technological innovations, a successful plan to fight plastic pollution should include an understanding of how people perceive their relationship to the environment, added Pahl.

"People obviously love the coast, so they would probably be willing to preserve it and the ocean," she said.

The real challenge lies in making the connection between our activities and impacts to the ocean. The builder in Vienna who is trying to protect the environment by using the thickest insulation needs to understand that the escaped waste plastic may be polluting the beach where he vacations in the summer.

Specifically, that can mean education and discussions in schools and families — but can also extend to product labeling and even smartphone apps that consumers can use to scan products for plastic microbeads.

And policy-makers, along with industry and elected officials, would also need to be included.

"We all need to work together," Pahl said."There's no point only having technical solutions. We need to address it from all angles."

Export of Plastic Debris by Rivers into the Sea