EU to offer a perspective to Moldova | Europe| News and current affairs from around the continent | DW | 14.11.2013

Moldova is the poorest country in Europe and suffers from political and economic instability. But it wants to sign an association deal with the European Union, and that could annoy Russia. 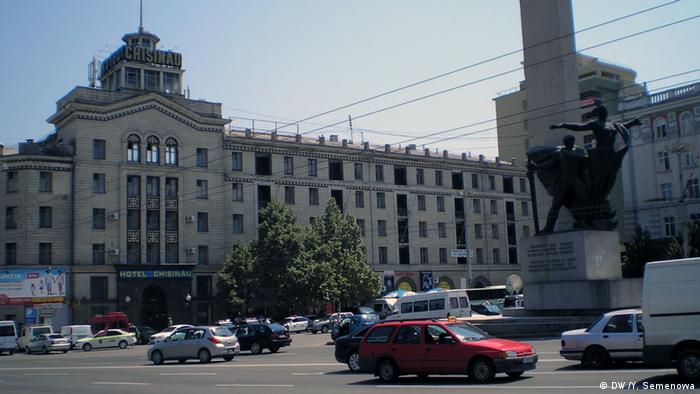 Scarcely anyone has heard of the country or knows where it is - even though it's a social, ethnic and political powder-keg right on the borders of the EU. The tiny Republic of Moldova, which lies between Romania and Ukraine, was once a Soviet republic and declared its independence in August 1991.

The country is seen as the only successful example of the EU's Eastern Partnership, and, as a result, the EU plans to sign an association agreement with Moldova at the Eastern Partnership summit in the Lithuanian capital, Vilnius, at the end of November. But, off the record, many EU politicians say the country is close to collapse.

Moldova is by far the poorest country in Europe. Over the last 20 years, over a quarter of its 4.3 million people have moved abroad. Its main sources of income are EU payments and money sent home by emigrant workers, which between them make up 25 percent of the country's total economy. The political situation is chronically unstable, there's widespread corruption and legal insecurity, and the country is divided into pro-Russian and pro-Western camps.

The problem of Transnistria

The country's ethnic make-up has led repeatedly in recent years to conflicts, even though the laws dealing with minorities are liberal. Some 70 percent of the population are Romanian-speaking Moldovans; most of the rest are Ukrainians, Russians or members of the Christian Turkic Gagauz. 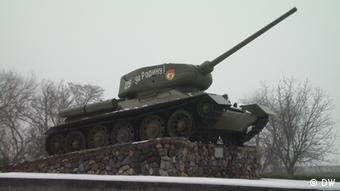 The war between Transnistria and Moldova smolders just below the surface

The east of the country, Transnistria, split off from Moldova in 1990 and former orthodox Communists set up a Mafioso regime there is not recognized internationally. The narrow strip of land has turned into an international center for money laundering, smuggling and the trade in people, drugs and arms. In 1992 there was a brief civil war, but the conflict continues to smolder beneath the surface.

In spite of the situation, the EU will probably ratify the association agreement next year. The agreement, which will initially not include Transnistria, will open the possibility of Moldova moving much closer to the EU and even starting accession talks. The country would also enjoy increasing free trade, greater EU support and relaxed of entry rules, leading possibly to visa-free travel.

On the way to Europe

During a visit to Berlin on Monday and Tuesday (11.-12.11.2013), the president of the Moldovan parliament, Igor Corman, called on the EU to ratify the agreement promptly. Corman, who used to his country's ambassador in Berlin, is one of the leading figures in the ruling three-party Pro-Europe Coalition. 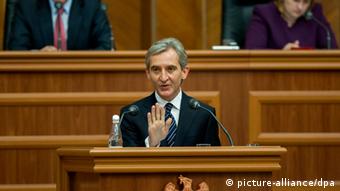 Iurie Leanca has been prime minister since May

"Our government, like most of the people, has chosen the way of civilization and European integration," Corman told an audience in Berlin. "We're on the right path; we've introduced many reforms, especially in the fight against corruption and in the justice system. We are not a risk for the EU."

But the German Social Democratic foreign affairs expert Gernot Erler is still worried about the fragile political situation in Moldova. He pointed out that the country had scarcely managed to implement reforms consistently. The Moldovan government collapsed earlier this year, but, for fear of early elections, quickly formed a new government with the same coalition under a new name and a new prime minister, Iurie Leanca.

Erler also warned the EU not to be too optimistic: "The EU has declared that Moldova is a success story in the Eastern Partnership - that's good for Moldova but bad for the EU. Everything is moving towards confrontation with Russia." 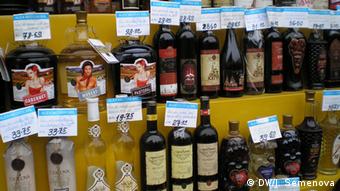 Moldova's wines are famous, but Russia is refusing to import them

Indeed, the Eastern Partnership has been a failure in many ways: Armenia, Azerbaijan, Georgia and Belarus have all withdrawn from various projects as a result of Russian pressure. Instead, they want to enter a free trade zone with Russia. Ukraine will be deciding in the next few days if it will sign an association agreement with the EU, and, here too, massive pressure from Russia could lead to Ukraine's withdrawal. Russia has already imposed indirect sanctions on Moldova: in September it stopped imports on wine and brandy, allegedly for reasons of quality.

Erler told DW he wasn't suggesting that the EU should not enter into the association agreement with Moldova, but that he did think it was "a bit too early." There was a need to build up trust by intensifying dialogue with Russia.

But Corman doesn't believe that an agreement would lead to an escalation, adding that he doesn't expect Russian sanctions, nor does he think that the Transnistria conflict will flare up again.

"How long must we wait for Russia to trust us?" he asked. "Russia has to realize that Moldova's pro-European option is not a decision against good relations to the East."

Moldovan Prime Minister Iurie Leanca shares his thoughts on aspirations to join the European Union. Leanca also reveals that Germany is a role model for the Eastern European country. (27.09.2013)

While Greece's debt dominated the news on Wednesday, Chancellor Angela Merkel shifted the focus briefly to the country of Moldova. Merkel is the first German chancellor to visit the republic since its founding. (22.08.2012)