Quiet diplomacy to solve the Transnistria conflict | Europe | News and current affairs from around the continent | DW | 19.06.2012 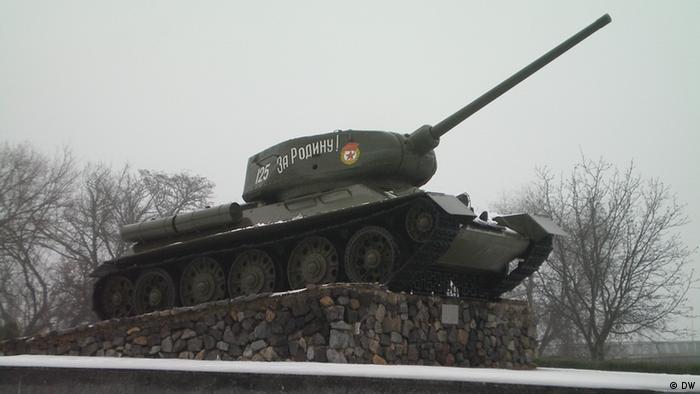 They don't recognize the other side as an equal partner, but they do talk to one another. Representatives of the former Soviet republic Moldova and its renegade province, Transnistria, meet Wednesday in the Bavarian town of Rottach-Egern for three days of talks.

Choosing the quaint, isolated town on Lake Tegernsee along the German-Austrian border was deliberate, says Manfred Grund, a conservative parliamentarian in Berlin and head of the German-Moldovan Forum. "We don't have to make everything really public," he told DW. When German and Russian diplomats try to get some movement back into the 20-year old Transnistria conflict, he says, "trustworthy contacts" are a must.

Transnistria is a roughly 100 kilometer-long, narrow stretch of land along the eastern banks of the Dniester River that broke away from Moldova in a civil war in 1992. Transnistria's Russian-speaking population felt threatened by a possible unification of Moldova with Romania. Today, Transnistria has about 500.000 inhabitants. The region belongs to Moldova by international law and has a weak economy, and it survives thanks to the presence of Russian troops stationed there and financial aid from Moscow. "The Transnistria conflict can't be solved in opposition to Russia," Grund says. 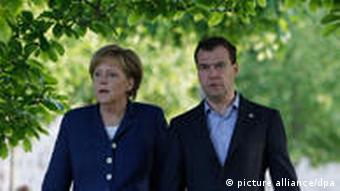 Merkel and Medvedev agreed to do something about Transnistria

It's no coincidence that the talks are being held in Germany. During a meeting at Meseberg castle near Berlin in June 2010, Chancellor Angela Merkel and former Russian President Dmitry Medvedev agreed to work toward a solution to the conflict.

The talks were about a new security architecture for Europe, says Grund: "There were no accords; but it was the mood that was the interesting thing." Merkel proposed choosing Transnistria as a "concrete example" to try to make "tangible progress."

Movement on both sides

Much has happened since: the meeting in Rottach-Egern is the second in Germany in a year. In September 2011, leading politicians from Moldova and Transnistria met in Bad Reichenhall. After a six year break, the so-called "5+2" talks have also been revived, including Moldova, Transnistria, Ukraine, Russia and the OSCE, plus the US and the EU as external observers. The next round of talks is scheduled next month in Vienna.

In March, Moldova and Transnistria agreed to reopen train lines. The Moldovan government mainly hopes to improve the transport of goods to the Ukrainian Black Sea port Odessa via Transnistria. 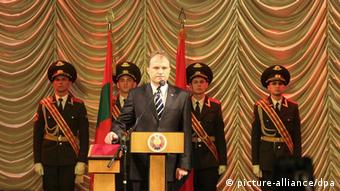 The biggest changes, however, have been political. In March 2012, Nicolae Timofti was elected Moldova's new president, ending a long-drawn out domestic crisis. Transnistria's capital Tiraspol saw a change in power, too: in December 2011 and after about 20 years in power, Igor Smirnov unexpectedly lost the country's presidential elections to long-time opponent Yevgeny Shevchuk. These changes are a reason for hope, says Manfred Grund: "The outcome of the presidential polls in Transnistria shows there is movement - on both sides."

But he has no idea what a final solution to the conflict could be. The problems are "significantly larger" than they appear to be at first sight, mainly, the German politician says, because both sides have "grown apart."

The new Tranistrian president has made it clear that it won't be easy to find a solution, even after the change of government in his country. Ahead of the talks, he said that the future status of the region must be in accordance with the will of the people - and he pointed to a referendum from 2006, in which over 90 percent of the people of Transnistria had voted for independence. Current surveys confirm that result.

Would Russia withdraw its weapons?

As a result, Fyodor Lukyanov, editor of the Moscow-based journal Russia in Global Politics, doesn't expect any breakthrough.

"The issue doesn't interest either the European Union or Russia," he says. The Meseberg Initiative of Merkel and Medvedev has been overtaken by other issues, like the euro crisis.

But Lukyanov doesn't rule out action by Russia. It could, for example, withdraw its weapons from Transnistria. But that doesn't mean there isn't still a long way to go before a solution to the conflict is achieved.