The EU's foreign affairs chief Federica Mogherini has announced millions in financial aid to help Colombia deal with an influx of Venezuelan migrants. More than 4 million Venezuelans have fled in recent years. 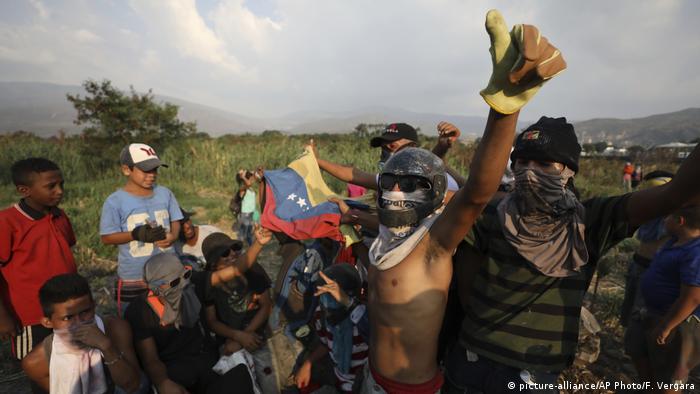 The European Union has said it will give €30 million ($33 million) to Colombia to help the Latin American country deal with an influx of Venezuelan migrants.

More than 4 million people have left Venezuela in recent years, up from 695,000 in late 2015, according to the United Nations. Many have chosen neighboring Colombia as their new home following hardship in their homeland. A lack of food and medicine, a crumbling economy and political instability under Venezuelan leader Nicolas Maduro have all contributed to the exodus.

"I'm pleased to announce new help of €30 million for the identification of migrants and their socioeconomic integration," EU foreign policy chief Federica Mogherini said during a joint press conference with Colombian President Ivan Duque in Bogota on Thursday.

"We support these efforts by the government and local authorities to offer employment, entrepreneurship and dignified housing for refugees, migrants, returned people and also receiver communities."

Duque, meanwhile, announced that a meeting will take place in Brussels next month on international cooperation after what he described as "the biggest migration crisis that Latin America has suffered in its recent history."

The EU and Colombia are seeking a "negotiated political solution" leading to "free and credible" presidential elections in Venezuela, Mogherini said.

Colombia and many EU countries are backing the campaign of Venezuelan opposition leader Juan Guaido to replace Maduro, who won a second term in a dubious election last year.