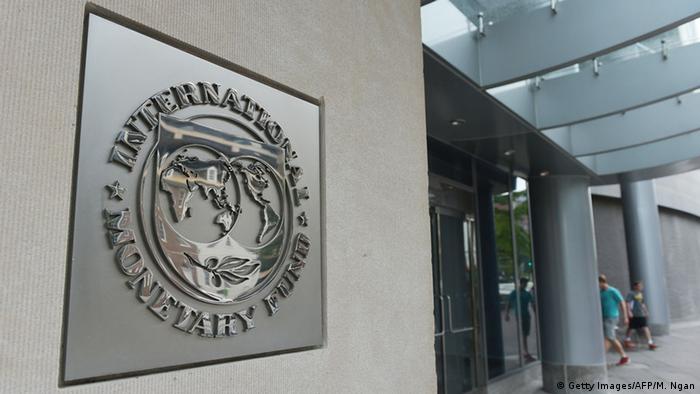 European Union governments are working to put forward a joint candidate to pick up the reins of the International Monetary Fund (IMF) from the outgoing chief Christine Lagarde, a French official said on Friday.

The official said the candidate will be selected from a list of five names:

The top job at the IMF came vacant after Lagarde resigned from the post, effective September 12, following her nomination to lead the European Central Bank (ECB).

The IMF board announced on Friday that the selection process for the next head would start on July 29 and last until September 6, which is the final day for submitting a candidate's name.

The new managing director will be appointed by the IMF's 24-person executive board by October 4.

The timeframe means a new IMF chief will be in place in time for the lender's annual meeting in mid-October. The 'duopoly' to continue?

The IMF was formally set up in 1945 to help rebuild the international monetary system after World War II. In addition to monetary cooperation and exchange rate stability, the fund works to facilitate global commerce and economic expansion.

The IMF, which is today made up of 189 member countries, has traditionally been led by a Western European official.

Since World War II, as part of an informal arrangement, Europe has always chosen the IMF's managing director and the United States has selected the head of the World Bank.

Read more: Bretton Woods at 75: Has the system reached its limits?

Complaints about the arrangement have grown louder in recent years, particularly from developing and emerging economies, which have called for far-reaching reforms in the governance of these institutions. Many of them have previously called for the IMF head to be chosen on merit rather than nationality.

Still, the United States and Europe have the biggest voting blocs in the IMF, making it difficult for an outside candidate to upset the leadership tradition.

The "duopoly" therefore is expected to continue, particularly after US President Donald Trump's nominee, David Malpass, was approved in April to lead the World Bank with European support.

"I have been asked to run for the IMF chief position. After considering this, I have answered I am ready to be nominated. It is a challenging, but really interesting and motivating task," the Helsingin Sanomat newspaper quoted Rehn as saying. He served for a decade as a European commissioner.

France's Finance Minister Bruno Le Maire had said he was aiming for a decision on a European candidate by end-July.

But if no compromise is found by next week, the decision could be made on the sidelines of a G7 leaders' summit August 24-26 in Biarritz, France, the European official said.

What are the top EU jobs and who decides on them?

EU leaders are struggling to agree on who should be the new EU Commission President. And there are also several other prominent positions to fill. Here's the who's who of the EU. (21.06.2019)