Bretton Woods at 75: Has the system reached its limits?

Seventy-five years ago, the Bretton Woods conference laid the foundations for much of today's global economic order. But the system is facing a serious threat from growing nationalism and protectionism worldwide. 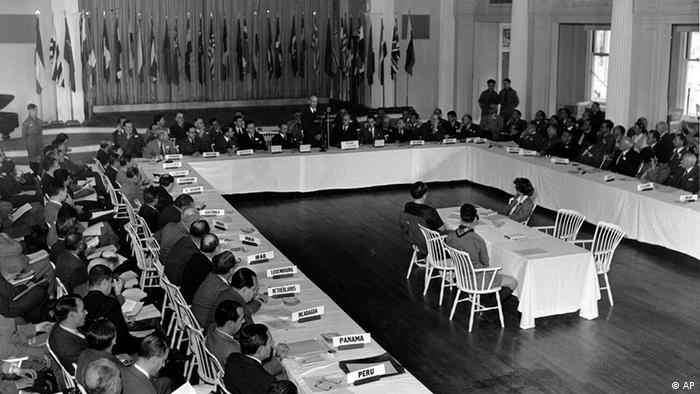 In July 1944, as it appeared that World War II would be coming to an end with victory for the Allies, senior finance officials from 44 countries huddled in a luxury hotel in Bretton Woods, in the US state of New Hampshire, to put in place the post-war economic order.

The decades prior to Bretton Woods were characterized by commercial conflict, trade wars and military conflict. Restrictions on global commerce and "beggar-thy-neighbor" economic policies had deepened the reach of the Great Depression in the 1930s, imposing huge economic and social costs, which contributed to the rise of nationalist movements, resulting in the outbreak of World War II.

The delegates, including the principle architects of Bretton Woods — John Maynard Keynes of the UK Treasury and Harry Dexter White of the US Treasury — were acutely aware of the adverse effects of the depression, two world wars, economic chaos and poverty.

They set forth to bring about change by promoting international monetary cooperation, supporting the expansion of trade and economic growth, and discouraging policies like trade protectionism and competitive currency devaluations.

The mission of Bretton Woods, in the words of then US Treasury Secretary Henry Morgenthau, was that it should "do away with the economic evils — the competitive devaluation and destructive impediments to trade — which preceded the present war." 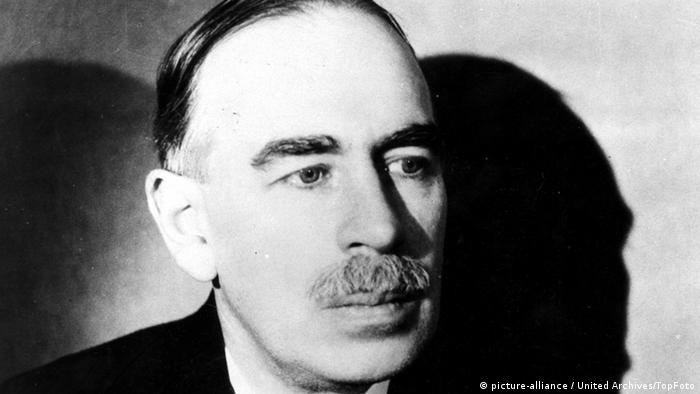 The delegates agreed to create a new international monetary system, underpinned by open markets and fixed exchange rates. The agreement pegged the value of other nations' currencies to the US dollar, which, in turn, was pegged to the price of gold, fixed at $35 (€31.2) an ounce.

The International Monetary Fund (IMF) was established to monitor and enforce a rules-based system of exchange rates and financial stability, while the International Bank for Reconstruction and Development, now part of the World Bank Group, was set up to provide assistance to countries that had been physically and financially devastated by the war.

The conference at Bretton Woods thus laid the foundations for much of today's global economic order.

Read more: A look at the new China-led financial institutions

By the early 1970s, the regime of fixed, but adjustable, exchange rates came under heavy pressure. It ultimately collapsed in 1971 when US President Richard Nixon, following large US trade deficits, broke the dollar's link to gold. It marked the effective end of the Bretton Woods monetary arrangement.

In terms of overall economic development, the decades since have been a success, say many economists, although the world has had to deal with inevitable economic and social challenges.

For the 75th anniversary, the Washington-based Bretton Woods Committee organized a compendium of 50 essays — Revitalizing the Spirit of Bretton Woods — examining the 1944 conference's legacy and challenges ahead.

In their chapter, Nicholas Stern of the London School of Economics and Amar Bhattacharya of the Brookings Institution pointed out that "overall, world income per capita has grown by a factor of 4 since 1950 as population has roughly trebled, so that total output has gone up by a factor of around 12."

They also noted, "inequality between countries has fallen as a result of the more rapid growth of the large populous emerging markets." Adding, "however, there has been an increase in inequality within many countries, particularly in terms of the shares of income and wealth going to the top 1%."

Overall, the Bretton Woods ideal of multilateral cooperation and open markets worked well. Paul Volcker, former chairman of the US Federal Reserve, once said: "Bretton Woods is not a particular institution — it is an ideal, a symbol, of the never-ending need for sovereign nations to work together to support open markets in goods, in services, and in finance, all in the interest of a stable, growing and peaceful economy."

But for decades, the Bretton Woods institutions have drawn hefty criticism for imposing "neoliberal" economic policies, involving financial deregulation, mass privatizations and austerity. The IMF has faced flak for forcing debtor countries around the world to open their markets and weaken labor protection.

Prior to the 2008 financial crisis, some even questioned the continued need for the IMF. But the crisis changed all that, and the institution played a key firefighting role in cooperation with central banks and finance ministries. Today countries from Pakistan to Argentina continue to knock on the doors of the IMF for help when they find themselves in dire financial straits.

And countries from Asia to South America continue to seek funds from the World Bank to carry out all sorts of developmental projects, despite increased competition from the likes of other institutions, such as the China-led Asian Infrastructure Investment Bank (AIIB).

The Bretton Woods institutions have been grappling with governance issues for years, with many emerging economies maintaining that they're being denied adequate representation in the organizations' governing bodies.

Another irritant is the informal arrangement between the US and Europe to name the heads of the institutions, where Europe chooses the IMF's managing director and the US selects the head of the World Bank.

China's economic rise and the global shift away from US dominance have also strained the system.

"The Bretton Woods order as we know it has reached its limits," French Finance Minister Bruno Le Maire recently said. "Unless we are able to reinvent Bretton Woods, the New Silk Roads might become the new world order," Le Maire stated, referring to China's Belt and Road Initiative, which envisions rebuilding the old Silk Road to connect China with Asia, Europe and beyond with massive infrastructure spending largely financed by China.

"And Chinese standards — on state aid, on access to public procurements, on intellectual property — could become the new global standards," Le Maire said.

Meanwhile, US President Donald Trump's "America First" policies and trade protectionist measures are viewed as a rejection of the spirit of multilateralism and international cooperation that defined Bretton Woods. Many fear that could ultimately lead to instability and conflict.

As Richard A. Debs, the international council chair of the Bretton Woods Committee, wrote in his chapter in the compendium: "History has proven that a nationalistic, isolationist, protectionist approach to dealing with other countries of the world can lead, and has often led, to instability, conflict and wars."

The business model of banks and insurance companies is under threat as the growth of service providers and startups ("fintechs") is offering customers easier and more intuitive access to financial services. (08.06.2019)

The Asian Development Bank turns 50 this year. Experts agree that it's been under mounting pressure to change. For the first time, its annual meeting is held in Frankfurt, Germany. (22.04.2016)