EU officials accuse the governments of several countries of a lack of cooperation when it comes to readmitting citizens whose asylum applications have been rejected within the bloc, a German newspaper reports. 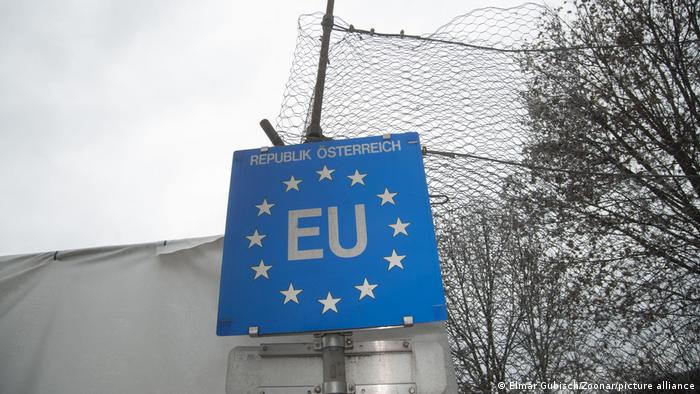 Thirteen countries in Africa and the Middle East are being threatened with restrictions on visas for Europe's border-free Schengen zone after a lack of cooperation in the repatriation of rejected asylum-seekers, a German newspaper reported on Sunday.

According to Die Welt, the countries were on a list drafted by the European Commission.

The states' willingness to follow international law and take back citizens is "inadequate," the document stated. This applies in particular to rejected asylum-seekers, according to the report

A spokeswoman for the European Commission told the German news agency DPA that it was not possible to confirm which countries were facing such scrutiny.

But, according to Die Welt, EU officials want to "start a dialogue" with Iraq, Iran, Libya, Senegal, Somalia, Mali, Gambia, Cameroon, the Republic of Congo, Egypt, Eritrea, Ethiopia and Guinea-Bissau.

Changes could be imminent

In February, European Home Affairs Commissioner Ylva Johansson presented an assessment of the cooperation with 39 countries in the readmission of rejected asylum-seekers.

Johansson said collaboration with more than one-third of the countries being investigated would need to be improved. The countries mentioned in that assessment were not named publicly.

Should the cooperation show no sign of improvement, Johansson said, she would be prepared to propose which states should be subject to visa policy changes as early as this summer. Options on the table include increasing the fee for Schengen visas, or lifting the 15-day limit on the processing of visa applications.

Gibraltar is set to become a part of the Schengen zone to ensure fluidity of movement at the border with Spain after the end of the post-Brexit transition phase.

In the wake of attacks in France and Austria, France's Macron said his country would be doubling its border guard and urged the EU to boost its own security. He warned people were using "migratory flows" for terror acts.