Social media firms and the European Commission have been pushing for self-regulation in the fight against hate speech. Their latest results show that it seems to be working. 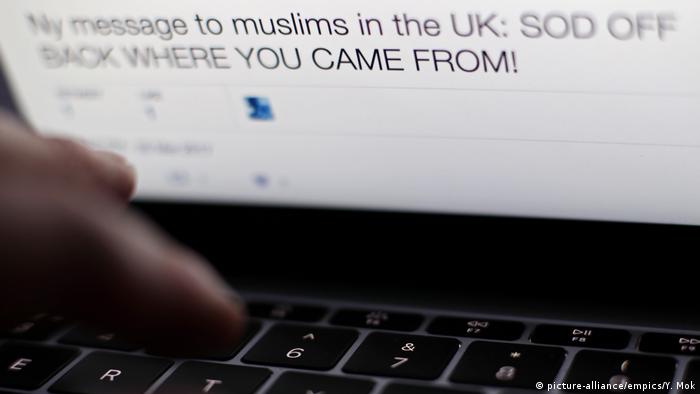 "These latest results and the success of the code of conduct are further evidence that the Commission's current self-regulatory approach is effective and the correct path forward," said Stephen Turner, Twitter's head of public policy.

EU Justice Commissioner Vera Jourova said the results made her less likely to push for legislation on the removal of illegal hate speech, but warned tech companies not to rest on their laurels.

"I would expect similar commitment from IT companies when it comes to other important issues such as terrorist content or unfair terms and conditions for users," Jourova told dpa.

Why are social media companies voluntarily policing content? Several European governments were pushing social media companies to tackle extremist online content. In a bid to avoid legislation, Microsoft, Twitter, Facebook and YouTube signed a code of conduct with the European Union in May 2016 to review most complaints within a 24-hour time frame. Instagram and Google+ will soon join them.

Why is Brussels pushing for self-regulation? The Commission fears a patchwork of rules in the EU and the possibility that governments could abuse such laws to restrict freedom of expression.

What is happening in Germany? Starting this year, social media companies face fines of up to €50 million ($61.2 million) in Germany if they fail to remove hate content in a timely manner. The laws have been criticized for encouraging social media firms to err on the side of censorship.

What happens next? The Commission will likely issue recommendations at the end of February on how companies should take down extremist content related to militant groups, an EU official told Reuters news agency.

German satirical news outlet Titanic has had its Twitter account reinstated after it was suspended for more than two days. Tweets parodying an AfD lawmaker were flagged and deleted under Germany's new "NetzDG" law. (06.01.2018)