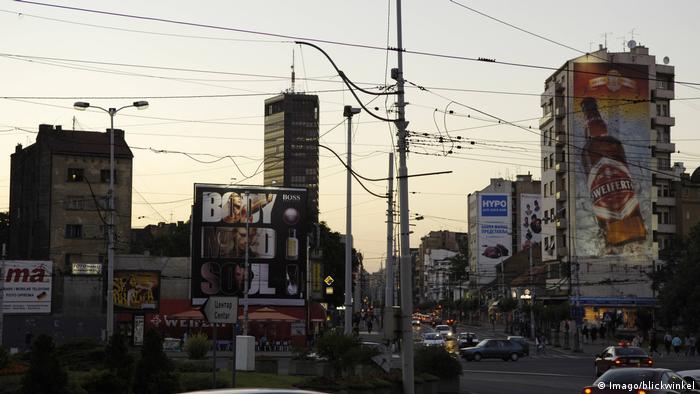 The European Union unveiled on Tuesday plans to invest up to €9 billion ($10.6 billion) in countries in the Balkans to boost economies and develop infrastructure.

Albania, Bosnia-Herzegovina, Kosovo, Montenegro, North Macedonia and Serbia are set to benefit from the investment between 2021 to 2027, announced the EU's executive arm, the European Commission.

All six countries, which have faced economic struggles and wars since the collapse of communism in the region, have ambitions to join the EU.

The funds that comprise the so-called Economic and Investment Plan for the Western Balkans will help bring their economies up to speed with the EU single market, according to the Commission.

"The citizens of the Western Balkans are part of Europe and we have a shared interest in helping these six partners move forward on their EU path," said Vice-President of the European Commission, Josep Borrell, commenting on the plan in a statement.

The plan is intended to support regional reforms that Brussels also outlined on Tuesday.

Bosnia-Herzegovina: If you can't travel, try with vacationing 'at home'

Where will the cash go?

The plan will see money funneled into 10 main areas. These include: road and rail networks, renewable energy, cutting greenhouse gas emissions, improving waste and water management, the renovation of public buildings and the roll-out of broadband.

The initiative also includes a youth guarantee to create job opportunities for young people in the region.

The EU hopes the cash will make the region attractive to outside investors.

Brussels on Tuesday also outlined reform priorities for countries aiming to join the EU. The reforms focus on areas such as tackling corruption and judiciary overhauls. "Without the reforms it's impossible to create the right business environment'' for investors, said EU Enlargement Commissioner Oliver Varhelyi.

"It means they need a proper functioning rule of law system, independent judiciary, a reliable tax system that will make it interesting for [companies] to come and invest in the region," he told reporters.