The EU commissioner for energy, Kadri Simson, has said the 27 member states have been unable to find any common ground over new measures to quell increasing energy prices. 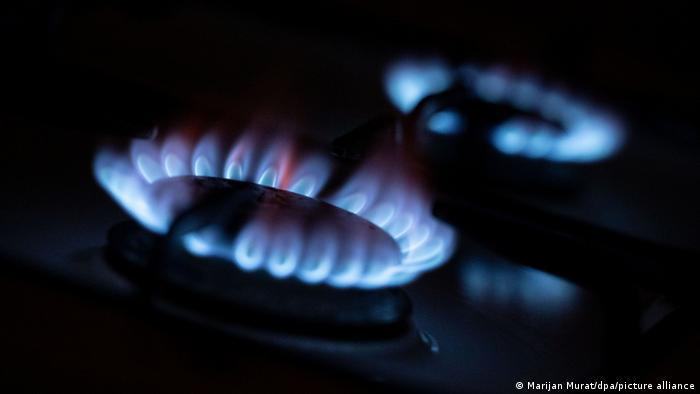 European Union ministers were unable to agree upon new measures aimed at stemming the tide of increasing energy bills after a meeting in Luxembourg on Tuesday.

The emergency talks came amid deep divergences between the 27 member states on how to tackle a price crunch that has seen consumers' bills increase dramatically in recent months.

The wave of price hikes is not expected to ease any time soon, and ministers discussed a set of short-term measures that have been proposed by the European Commission to help consumers and businesses weather the turbulence.

Those measures include tax cuts for at-risk small businesses, as well as social support for vulnerable households.

An increase in global demand for energy, gas in particular, has been cited as a primary reason behind the surge in prices.

But the EU is still assessing the advantages and drawbacks of a proposal made by some member states to introduce joint gas buying among member states.

"We will need to assess the advantages and the drawbacks of such a system," said EU Energy Commissioner Kadri Simson.

"There are many issues to be considered — who will pay for the costs of procuring and storing the gas, how the gas will be transport from the different regions," she said, adding that joint gas buying was among a range of options the EU is looking at to make its gas system more resilient.

According to EU officials, gas prices in Europe have increased by more than 170% since the start of the year.

"It is an especially important problem for Europe in the middle of the economic recovery, for which extraordinary solutions have to be found," said Spain's energy minister, Sara Aagesen Munoz.