Citizens from third countries that do not take back rejected asylum-seekers may find it more difficult to obtain visas for the EU. Conversely, full cooperation could reap extra rewards. 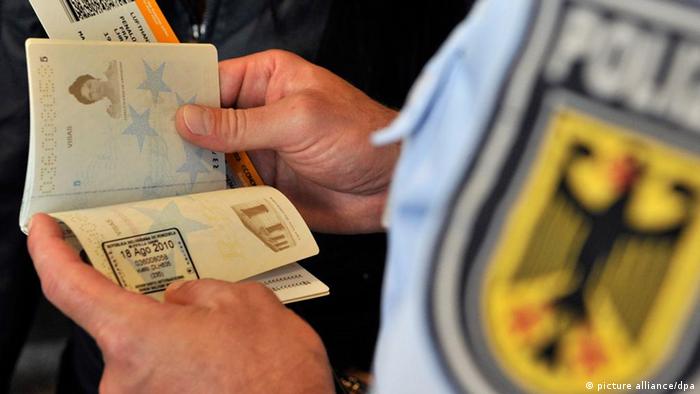 The European Union on Thursday announced plans to tie the issuing of visas to the willingness of third countries to take back rejected asylum-seekers.

The plan envisions a carrot and stick approach, with those countries that cooperate seeing shorter processing times, lower fees, and extended visa stays, and vice-versa.

Additionally, diplomats from those countries refusing to facilitate returns could also be charged for visa processing.

The move is based on a plan put forward by Germany's former Foreign Minister Thomas de Maiziere in May 2017.

The EU has already put the plan into practice with Bangladesh. According to EU diplomats, Bangladesh has significantly improved cooperation since the test project was introduced.

The new changes will be entered into the EU's Visa Code and will go into effect at the end of 2019. Thereafter, the European Commission will conduct annual appraisals of third country cooperation. In the event that a country's cooperation should be found deficient, "specific restrictive measures" will be put in place.

The EU is also planning a general overhaul of its visa process in the hope of streamlining it. In future, travelers will be able to fill out and sign an online application six months prior to travel. Fees will be raised from €60 ($68) to €80 as well.

According to the European Commission, some 14 million Schengen Area visas were handed out in 2016.

A European Commission report has warned against the risks of handing out so-called golden visas to wealthy foreigners. The Commission said it will recommend a set of security checks for member states to implement. (23.01.2019)